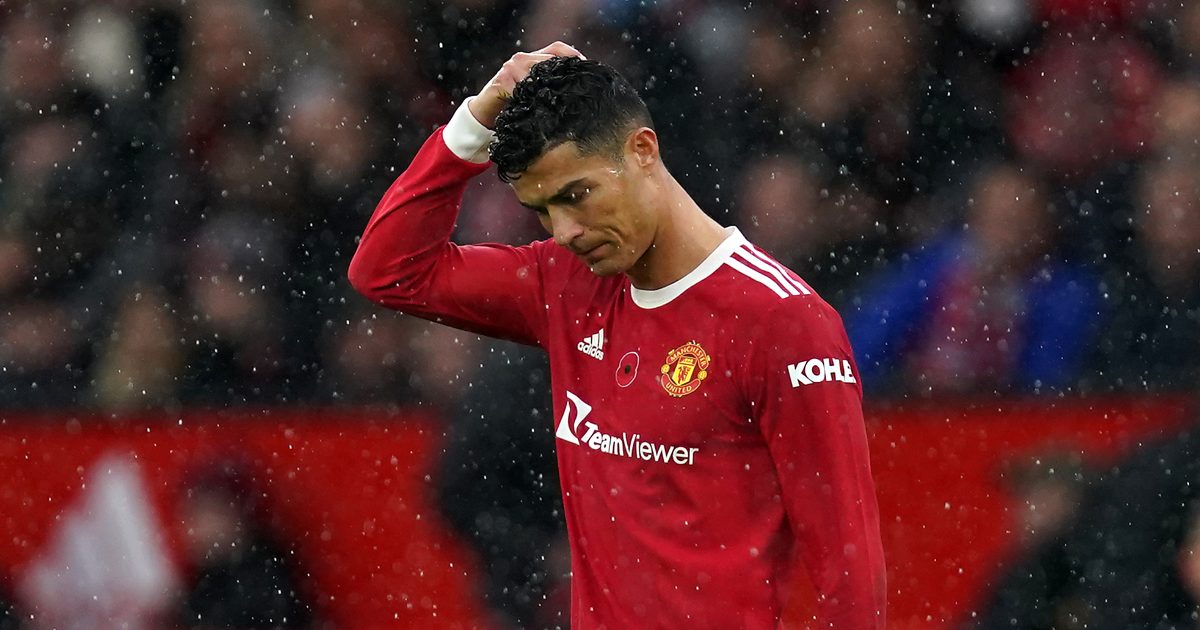 Cristiano Ronaldo has been “flabbergasted by the drop in standards” at Man Utd as Jorge Mendes urged Ed Woodward to make a change, according to reports.

The Portuguese forward returned to Manchester United this summer as he signed for them from Juventus.

Ronaldo has nine goals from his 14 appearances across all competitions. Most of his goals have come in the Champions League, as he has only scored once from his last seven league games.

Man Utd have been on a poor run of form of late as they have dropped down to eighth in the Premier League.

Ole Gunnar Solskjaer was sacked on Sunday. This came after United’s 4-1 defeat at the hands of Watford.

TalkSPORT’s Alex Crook is reporting Ronaldo has been taken aback by Man Utd’s current standards compared to his first spell at the club.

He adds that the attacker’s agent – Mendes – grilled Woodward about the state of United:

“His agent, Jorge Mendes, got in touch with Ed Woodward in the aftermath of the Watford defeat and said, ‘What are you going to do about this?’

“Because Ronaldo, I know, has been absolutely flabbergasted by the drop in standards from when he was last at Old Trafford under Sir Alex Ferguson.

“There were players turning up late to training, players not putting full effort into training sessions.

“And, by and large, the same players were getting picked week-in, week-out.

“What sort of message does that put out to the likes of Donny van de Beek, Jesse Lingard, Anthony Martial, who aren’t playing?

“Players that have let their manager down, let the fans down – still get picked? Ronaldo can’t get his head around that and he’s not the only one.”

Ronaldo reacted to Solskjaer’s departure on Monday morning. He referred to his former boss as his “friend”:

“He’s been my striker when I first came to Old Trafford. He’s been my coach since I came back to Man. United.

“But most of all, Ole is an outstanding human being. I wish him the best in whatever his life has reserved for him. Good luck, my friend! You deserve it!”