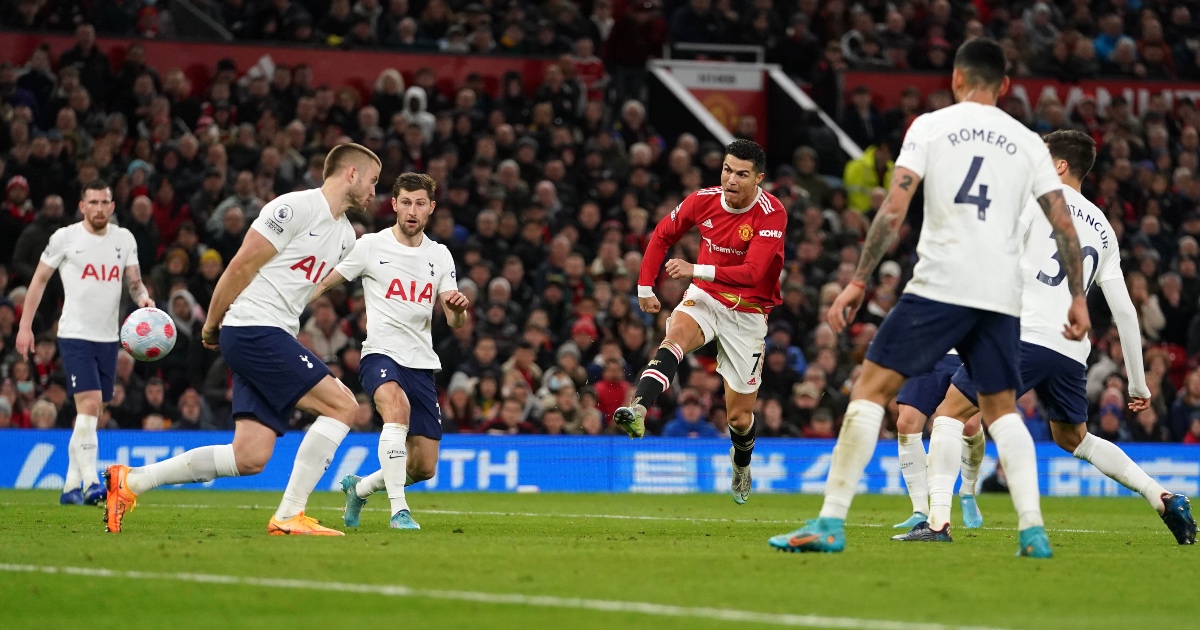 Cristiano Ronaldo says there are “no limits” for Manchester United, with interim manager Ralf Rangnick heaping praise on the hat-trick hero after he spearheaded Saturday evening’s thrilling 3-2 win against Tottenham.

Old Trafford played host to a key encounter in the top-four race on Saturday, which the Red Devils boss admitted they had to win to keep their Champions League qualification hopes alive following last weekend’s chastening loss at Manchester City.

Ronaldo missed that match with a hip flexor complaint and raised eyebrows by returning to Portugal, but the frontman returned with a bang on Saturday and opened the scoring with an early 25-yard stunner.

Harry Kane levelled from the penalty spot but the 37-year-old put United back ahead at half-time, before completing his hat-trick and sealing a dramatic 3-2 win after Harry Maguire’s own goal had drawn Spurs level once again.

“Tremendously happy with my first hat-trick since I came back to Old Trafford!” Ronaldo wrote on Instagram after his first Premier League treble since January 2008 against Newcastle.

“Nothing beats the feeling of being back on the pitch and help the team with goals and effort.

“We’ve proven once again that we can beat any team in any given day, as long as we work hard and stand together as one.

“There are no limits for Man. United! No matter what! Let’s go, Devils!”

Rangnick was in awe at Ronaldo’s display – and joked the United star should go back to Portugal more often.

“He made the difference for sure with his three goals – but not only because of the three goals,” the interim United boss said.

“That was the best performance from him, at least since I arrived, on and off the ball.

“I think the whole team showed exactly the kind of reaction that we expected to show after the poor second half at the Etihad (Stadium). And coming back after two equalisers showed also the mentality of the team today.”

Rangnick added: “We were just joking a little bit, maybe it makes sense to send him to Portugal for three days, then have him not train for two days and then have him back in training on Thursday.

“By the way, he performed on a similar kind of level on Thursday in training. That’s why I decided after that training session, although he had been out for a week, to play him from the start.

“Maybe we have to do that for the rest of the season!”

The defeat was a blow to Tottenham’s hopes of Champions League qualification and Antonio Conte was full of praise for match-winner Ronaldo.

“It was an amazing performance from Cristiano,” he said. “Unfortunately I know him very well so it wasn’t a surprise for me.

“I remember very well also in the Champions League group he was decisive for them to go through to the next round. He’s a player that feels this type of game and then he becomes Cristiano Ronaldo, and we can see a fantastic player.