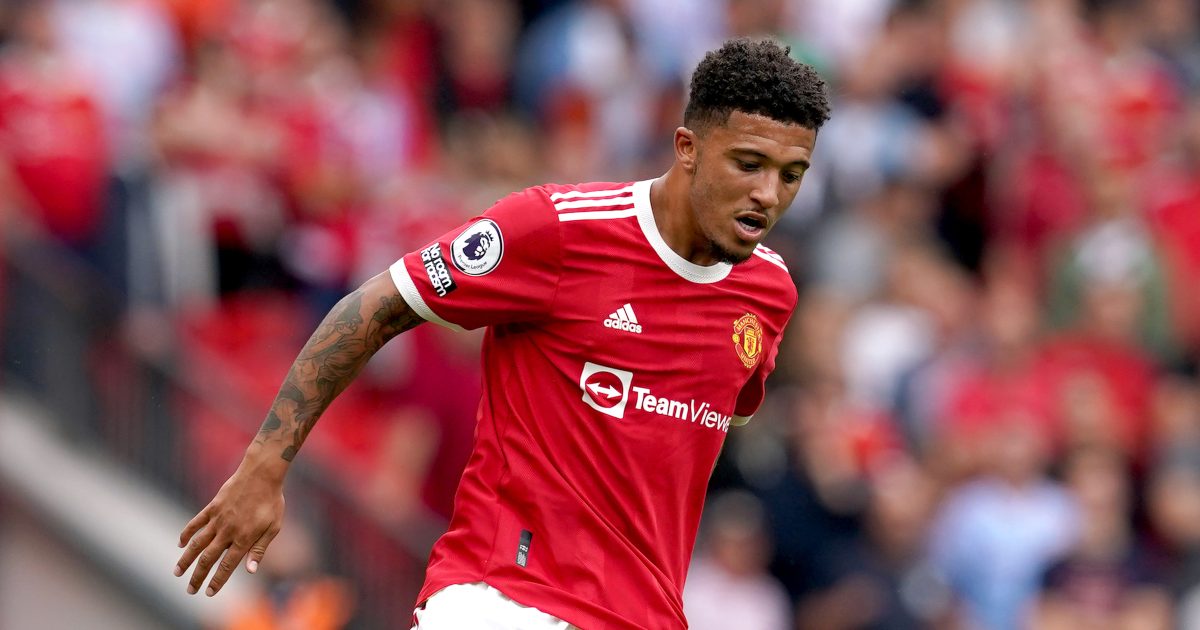 After a brief respite with England, the media is back on the Ronaldo trail. We join them…

Do Ron, Ron, Ron
Neil Custis exclusive in The Sun, September 7: ‘CRISTIANO RONALDO could have to wait until next Tuesday for his second full Manchester United debut. Ronaldo will only have one day’s training with his team-mates after having to isolate for five days in his Cheshire mansion due to Covid rules. That is unlikely to be enough for Ole Gunnar Solskjaer to pick him from the start for Saturday’s home game against Newcastle.’

Cristiano Ronaldo, September 9: “I am looking forward to starting on Saturday.”

Neil Custis in The Sun, September 10: ‘CRISTIANO RONALDO never believed he would wear a Manchester United shirt again. But tomorrow at Old Trafford, in a 3pm kick-off at home to Newcastle, that is exactly what the 36-year-old will do.’

Oddly, he does not mention that Ronaldo will then don a tracksuit top and take his place on the bench.

If I could…
Neil Custis could obviously argue that he used the word ‘could’, which will presumably be Daily Mail man Chris Wheeler’s excuse when this…

‘Mason Greenwood could be left out of England’s next round of internationals as part of an agreement between Gareth Southgate and Ole Gunnar Solskjaer.’

…is proved to be a nonsense next month.

FK you
Back to Ronaldo and the Daily Star website set off to find out who should take penalties and free-kicks for Manchester United between Bruno Fernandes and Cristiano Ronaldo. It’s an idea so good we had it ourselves.

‘No doubt, there is a sense of romanticism over Ronaldo’s return to United and fans will be desperate to see that marvel of a figure approach a set-piece with the puffed out chest and the arms down by his side.

‘The images of those outrageous free-kicks against Arsenal, Portsmouth and Sunderland to name a few will be present in every United supporter’s mind as he steps up.

‘However, the five-time Ballon d’Or just is not that good at them anymore – during his entire Juventus career he took 69 free-kicks – scoring one – a measly 1.45 per cent conversion rate.

‘Fernandes, on the other hand, has scored some sensational goals from free-kicks – and that does not even mention the many times he has set up his teammates from similar situations.’

Where to start with this? By pointing out that Fernandes has scored a grand total of ONE Premier League goal direct from a free-kick – in July 2020 v Bournemouth.

As he has made 25 direct free-kick shot attempts in the Premier League for Manchester United in that time, can we really claim he ‘has scored some sensational goals from free-kicks’?

‘When Old Trafford reopened after a long, empty spell from Covid, fans were treated to a stunner from the United No. 18 in a friendly against Everton.

‘While at Sporting, a spectacular 35-yard drive against Benfica further while a clever routine against Liverpool bamboozled Alisson.’

So that’s one admittedly excellent free-kick against Liverpool in the FA Cup, one friendly goal and a Sporting free-kick from June 2019 presented as proof that he ‘has scored some sensational goals from free-kicks’ and should take precedence over Ronaldo. Hmmm.

As for ‘that does not even mention the many times he has set up his teammates from similar situations’…maybe we should actually mention that. Because Fernandes created a grand total of two Premier League goals last season from dead-ball situations. Does two count as ‘many’ now? If so, Mediawatch has made love many times already this year.

Our favourite part of the whole piece? The bit where Fernandes is hailed as having a better ‘free-kick conversation rate’. Apparently, he can talk of little else.

Radar love
Over at the Manchester Evening News, they are hoovering up the clicks with this doozy of a headline…

It includes this wonderful piece of propaganda:

‘Sancho would only net one goal and grab four assists during his first season in German football before flourishing in his second season with a return of 12 goals and 18 assists – evidence of why there is no need to panic if his slow start at United continues into the winter months.’

Pesky facts: Jadon Sancho was 17 at the time and played just 685 minutes. That he ended the season with four assists after a raft of injuries was phenomenal.

Vindicator
‘It has been nine days since the transfer window shut and one decision is still present in many Chelsea fan’s minds,’ writes Callum Varley (who needs an apostrophe lesson, but that’s by the by) on the Mirror website.

Is it the signing of Romelu Lukaku? Is it the late, potentially great arrival of Saul Niguez?

No, for the purposes of pretending that ‘Thomas Tuchel’s Callum Hudson-Odoi decision vindicated after familiar Chelsea story’, Varley claims that many Chelsea fans have been wandering around for nine days thinking about whether Thomas Tuchel really should have allowed Callum Hudson-Odoi to join Borussia Dortmund. How have they got any work done? Any sleep?

As for the ‘vindication’…the theory goes that Tuchel’s decision has been ‘vindicated’ by an injury to Christian Pulisic. Because of course Hudson-Odoi was drowning in Chelsea minutes before the international break when the American was ruled out by coronavirus.