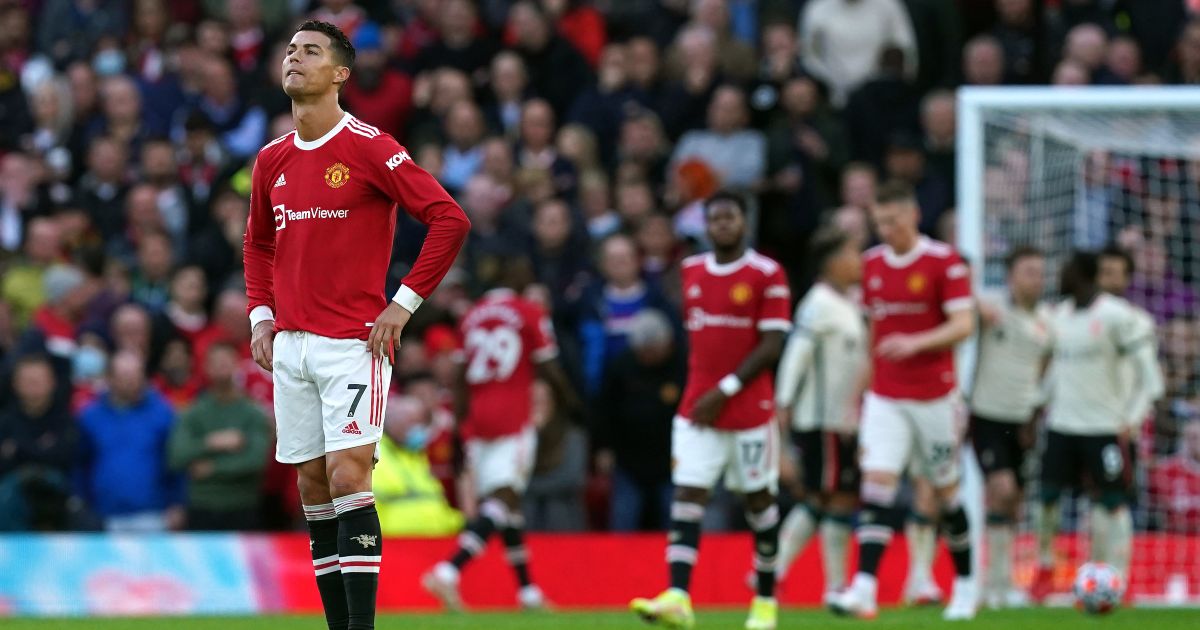 It was a fierce battle between Norwich and Manchester United players to make the weekend’s worst side, with just one player outside the those two making the cut.

GK: David De Gea – 5.60
Conceded five but it didn’t feel like he was particularly to blame for any of them, as he watched his defence run into each other, play people onside and fail to mark the best player in the Premier League. For him to be in this side and Harry Maguire and Luke Shaw to escape is very unfair.

RB: Max Aarons – 4.75
Callum Hudson-Odoi ran riot on his side and Aarons was nowhere to be seen – he took up bizarrely attacking wing-back positions considering his side were getting absolutely battered. Made a pathetic attempt to block Ben Chilwell’s strike into the far corner, handled the ball into his own net, attempted two tackles and was dribbled past on both occasions.

CB: Grant Hanley – 5.24
He actually did a reasonable job in shackling Kai Havertz, who, despite Chelsea’s fluency, didn’t (or wasn’t allowed to) get going at Stamford Bridge. But there was a clear and staggering lack of leadership and huge gaps in the Norwich defence, for which a man of Hanley’s experience has to take a big portion of the blame.

CB: Ben Gibson – 4.37
Gibson also lacked leadership, as well as any defensive quality whatsoever. To cap it all he decided he didn’t really want to be on the pitch anymore, made a horribly rash challenge on Reece James and happily walked off for an early bath.

LB: Dimitris Giannoulis – 5.51
Replaced by Brandon Williams at half-time having been bullied by James, who continued to dole out chinese burns and wet willies regardless.

CM: Paul Pogba – 5.10
He was only on the pitch for 15 minutes but more than merits his place in this side considering his two significant contributions were being caught in possession for Liverpool’s fifth and then being sent off. Fred (5.41) is very fortunate to miss out.

CM: Mathias Normann – 4.69
Attempted two tackles and was dribbled past on both occasions, made no interceptions, no blocks and had a pass percentage of 70 per cent. A rotten afternoon for a player who’s rated as Norwich’s best player on average this season.

AM: Bruno Fernandes – 6.21
His arm waving became less and less as the goals went in, as reality dawned. He’s a very fine footballer alongside many other very fine footballers, playing under a manager who doesn’t ask him to defend, which is a big factor in making them a very average team.

RW: Theo Walcott – 5.86
He’s started four games this season, has been hooked at half-time in two of them and probably should have been against Burnley. He lasted until the 74th minute and attempted no dribbles, touched the ball 21 times and misplaced nearly half of his 17 passes.

ST: Cristiano Ronaldo – 5.65
It’s not clear what the travelling Liverpool fans enjoyed more: any of their five goals or Ronaldo’s being ruled out for offside. Some people will say him kicking a man nearly half his age on the floor is a sign of how much of a winner he is, but those people are Manchester United fans. The only thing more undoubted than him being an absurdly good goalscorer is how much of a petulant pr*ck he is.

LW: Marcus Rashford – 5.86
The three times he gave up possession was more than anyone but Diogo Dalot, who somehow contrived to lose the ball four times in under half an hour. Rashford made no key passes and had the lowest pass percentage (68.4%) of any outfield player.