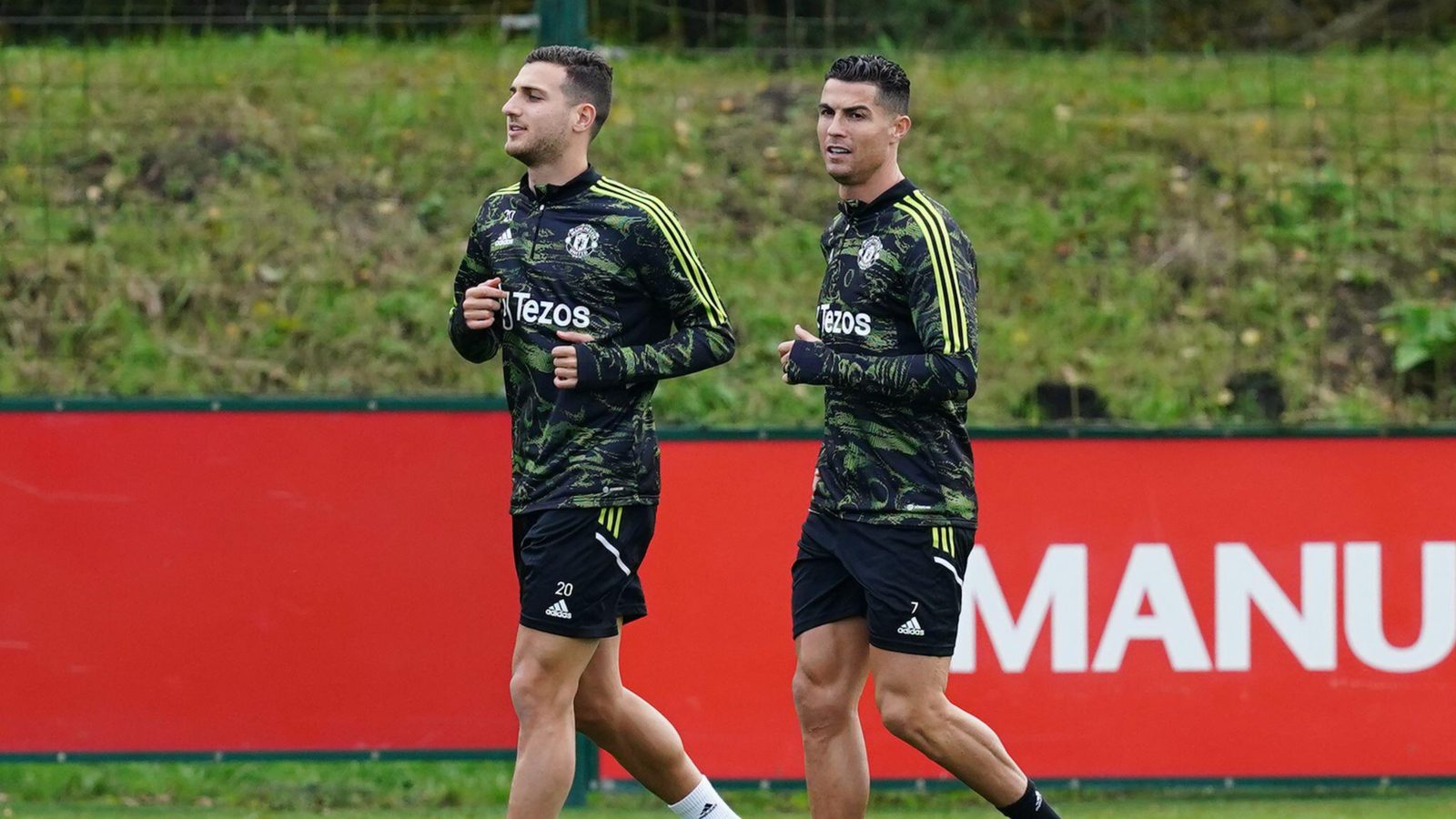 Cristiano Ronaldo has named three Man Utd players who can emulate his “longevity in football” during an interview with Piers Morgan.

His controversial interview with Morgan, in which he criticises a number of current and former Man Utd employees, has not gone down well at Old Trafford.

The Portugal international has made his feelings clear on the young generation of players coming through, criticising them because “they don’t suffer, they don’t care.”

Ronaldo insists that some youngsters will struggle to have a long career because of their attitude –  but he reckons Man Utd right-back Diogo Dalot won’t have a problem.

“Probably [Lisandro] Martinez, Casemiro is in his 30s, but I will say Dalot.”

Ronaldo came to the club at the beginning of last season when Ole Gunnar Solskjaer was still in charge and the Man Utd striker doesn’t think the club should’ve sacked the Norwegian.

“I love Solskjaer. I think he was a top person,” Ronaldo told Morgan on TalkTV.

“Because what I keep inside my heart is the heart of the person, and for me Ole is a top person.

“Coach? Of course, he didn’t look for what he wants. It’s hard to assume after Sir Alex Ferguson, but I think he did a good job for sure and he needed more time.

“But I have no doubts that he will be a good coach in the future. But it was a good experience. I was so pleased to work for him, even though it was a short period.”

Solskjaer was replaced by interim boss Ralf Rangnick and Ronaldo believes it was a mistake to appoint “a sports director” over a “top manager”.

Ronaldo continued: “No, they don’t (know what they are doing). They knew with the club, very well. But they don’t know the main dimension of the club inside, the history of the club.

“Which is, for me, surprised me even more. Which is when you sack Ole Solskjaer, you should bring a top manager, not a sports director.”

And Match of the Day presenter Gary Lineker now expects Ronaldo to leave Man Utd after “burying pretty much everyone at the club”.

“Burying pretty much everyone at the club in his interview with @piersmorgan: the players, the staff, the coaches, the board. Extraordinary!”