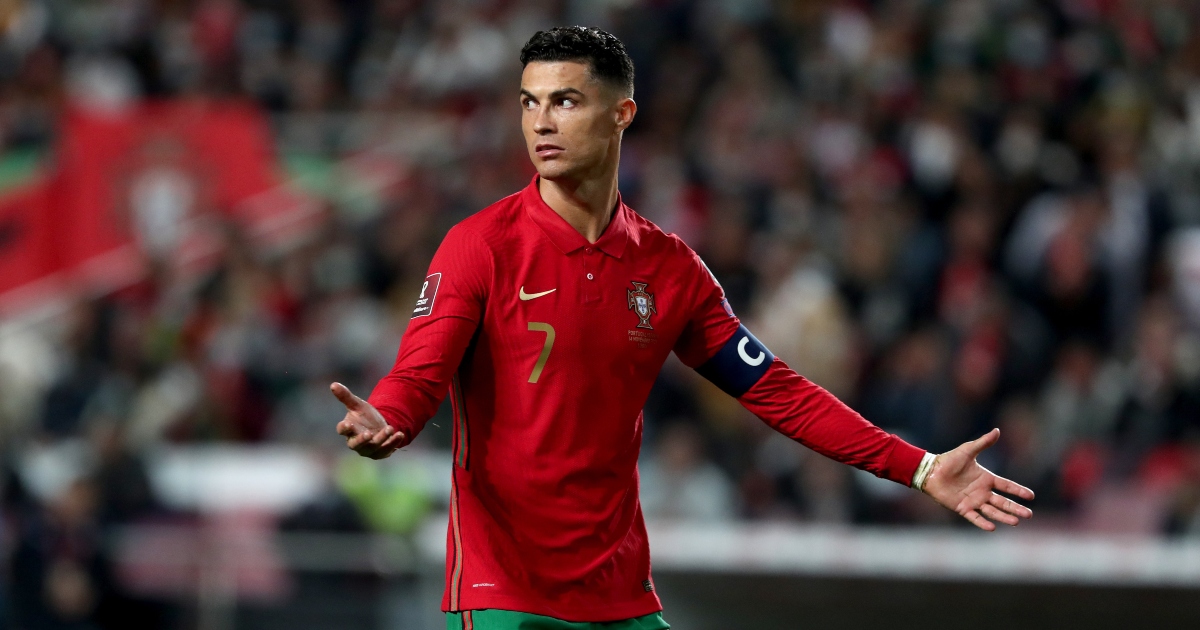 Cristiano Ronaldo’s anger as Portugal failed to qualify automatically for the World Cup has been revealed by manager Fernando Santos.

Portugal needed a point from their clash with Serbia to top the group and confirm their place in Qatar, but a later Aleksandar Mitrovic goal condemned them to the play-offs.

Ronaldo, who saw a goal controversially ruled out in the reverse fixture, was pictured on the pitch in tears as the Serbian players celebrated around him.

READ MORE: Is Zidane the only manager for Ronaldo’s Manchester United?

And Santos has revealed that Ronaldo was unable to control his frustration at full-time, as he got a bit salty with the Serbians.

“I went to the field to support and comfort the players, [Ronaldo] was telling a Serbian player: ‘You wouldn’t be laughing if the goal I scored there hadn’t been cancelled out’. What I told him was to take it easy,” Santos said.

“When the game was over, the disappointment was brutal. If it was for the Portuguese, imagine for the players and staff. The players were on the ground.

“The players tried. But then we didn’t turn the game on. Every time we did, we created problems. But most of the time we couldn’t.

“Serbia were better. We tried. Our DNA is to have the ball on our feet and play.

“Bernardo Silva wanted the ball, but he was the only one. We played with fear and anxiety. It’s my responsibility.

“We’ll be in Qatar. We know we didn’t do what we should, but we’ll be there.”

Meanwhile, Jonathan Woodgate believes “the Cristiano Ronaldo effect” gives Manchester United the edge over Arsenal in the race for a top-four finish in the Premier League.

“It’s a tough call for that final spot in the top four. I think I’d have to put Man United in,” Woodgate said.

“Arsenal have really impressed me,” he added.

“Mikel Arteta has been under immense pressure but I love what he’s doing with that team at the moment.

“He’s going to be a top, top manager. I love his style of play, I love how much he believes in his younger players.

“I just think top four is too much of an ask for them this season – I think the Cristiano Ronaldo effect gets United into the top four.”