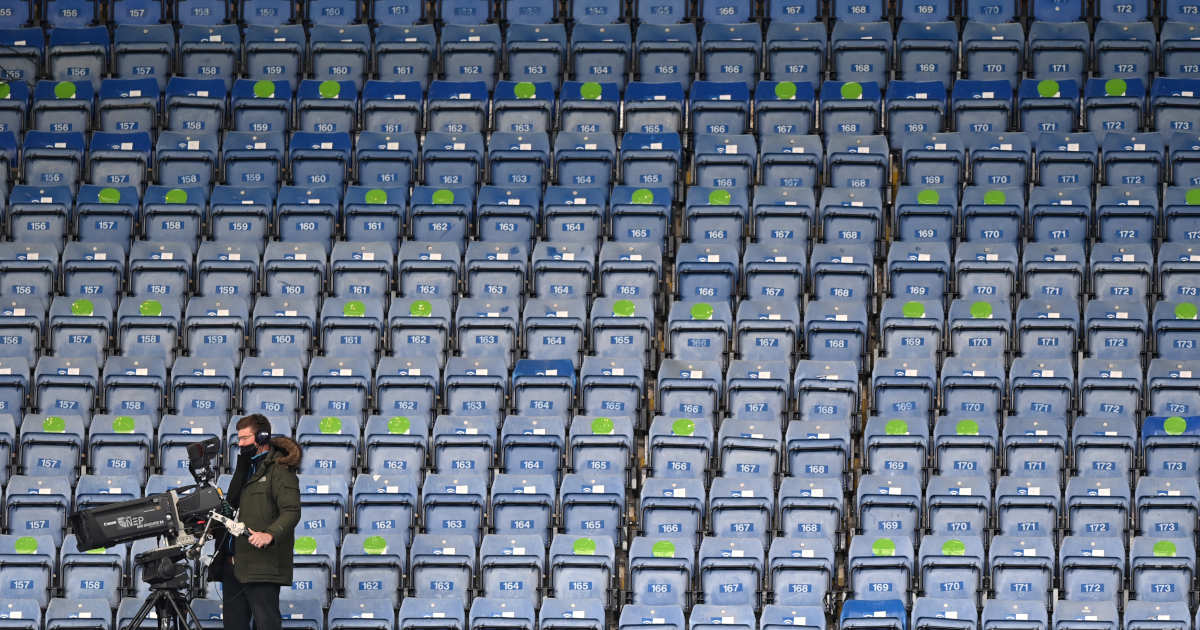 Cristiano Ronaldo’s Manchester United debut not being shown live is not a good enough reason to end the 3pm television blackout.

At Old Trafford on Saturday afternoon, Cristiano Ronaldo will make his second Premier League debut for Manchester United (possibly from the bench) against Newcastle United. His arrival at the club at the very tail end of the transfer window threw the ‘importance’ of this match on its head. What might otherwise have been considered a relatively run-of-the-mill home fixture is now an Event, and there has been some criticism of the fact that this match will not be shown live on the television because of the ‘3pm blackout’, which prevents matches taking place during 2.45 and 5.15 from being broadcast.

To understand why this blackout is in place, a brief history lesson is required. League football’s first dalliance with live televised football came in 1960, when the Football League signed a contract with ITV to show a live match on Saturday evenings. The League was reticent because crowds had already been falling consistently for a decade since their post-war peak in 1950, and when the first match between Blackpool and Bolton Wanderers turned out to be a disappointment both in terms of ratings and match attendance, the experiment was quickly dropped.

It would be 23 years before live league football returned to television screens in England. Even when Match of the Day was launched in 1964, the Burnley chairman Bob Lord refused to allow cameras into Turf Moor, and the Clarets consequently didn’t make their televised debut until December 1967. Television cameras continued to be viewed with a considerable amount of scepticism by clubs, and for many, many years, especially with crowds continuing to fall after regular televised highlights began.

The broadcasting landscape couldn’t be much more different in 2021 than it was in 1967. The financial gap between the biggest and the rest is now a yawning chasm, with matches being scattered across the weekend schedule for the benefit of broadcasters. When the pandemic hit in March 2020 and football returned with no crowds present, the decision was made to allow all Premier League matches to be shown live on the television, while EFL clubs were given dispensation to screen their matches through their iFollow service. It was a decision that made sense. There was no downside to allowing these matches to be shown, if no-one could attend matches anywhere.

But it feels a little as if some fans became a little too used to this state of affairs, and since the end of the lockdowns started to come into view, agitation has begun for the 3pm blackout to be kicked into touch. Why should it be, critics argue, that you can watch a 3pm kick-off on a Saturday afternoon anywhere in the world apart from the country in which the match is actually taking place?

Football’s 3pm blackout must go – Cristiano Ronaldo’s return is for everyone to see, writes @JBurtTelegraph | https://t.co/B3omCc6VWP

The short answer is that England’s football ecosystem depends upon it. As you drop down through the divisions, clubs are increasingly dependent on match-day revenues. In the National League, clubs only receive £7,000 per home appearance and £1,000 per away appearance for live televised matches, an amount that is dwarfed by their match-day income. Below this level, the only broadcasting money received by clubs comes from (very) occasional appearances on the television in the FA Cup.

It’s difficult to say what the exact effect on lower-division clubs would be were the 3pm blackout to end, but most agree that it wouldn’t be zero. If we assume the average spend of a match-going non-league supporter to be £20-£30 per match for entrance, refreshments and so on, even a relatively small number of people withdrawing their support would cost each club tens of thousands of pounds over the course of a season that they simply cannot afford to lose, while further degrading that bond of Saturday afternoon being about ‘going to the football’. It would be hyperbolic to say that ending the 3pm blackout would ‘kill’ lower-division football, but no-one knows what its short or long-term effects would be; they could be severe.

It is an accident of circumstance that Cristiano Ronaldo’s Manchester United debut wasn’t picked as a live televised match. You can rest assured that it would have been, had anybody any inkling of what would happen at the end of the transfer window. But this conversation about this particular match feeds into broader discussions about football’s frequently tetchy relationship with television, the financial imbalances within the game, and ultimately what we want club football to be.

Match-going fans are already being forever inconvenienced by football bending itself to the whims of broadcasters, and supporters of lower-division clubs have 40 years’ experience of the club game being continually contorted to accommodate broadcasters and the wealthiest clubs at their expense. The strength in depth of the club game in England is one of its greatest strengths, and the 3pm blackout is in place to protect that strength. And it’s hardly as though the non-league game doesn’t benefit them either. Michail Antonio, Jamie Vardy and Callum Wilson are just three of a multitude of players who either started their careers or cut their teeth in the non-league game.

The irony of all of this is that non-league football is undergoing something of a boom period at the moment. After a year and a half without being able to attend matches, the early signs have been that fans are keen to attend again, and crowds so far have been extremely healthy. But the balance that keeps the Premier League thriving and smaller clubs ticking over is delicate and we should not be experimenting with destabilising that balance when we have no way of knowing for certain what the effects might be, and certainly not when those effects could be highly damaging for hundreds of smaller clubs.