Home Barcelona No Ronaldo, no Messi but there is hope for El Clasico 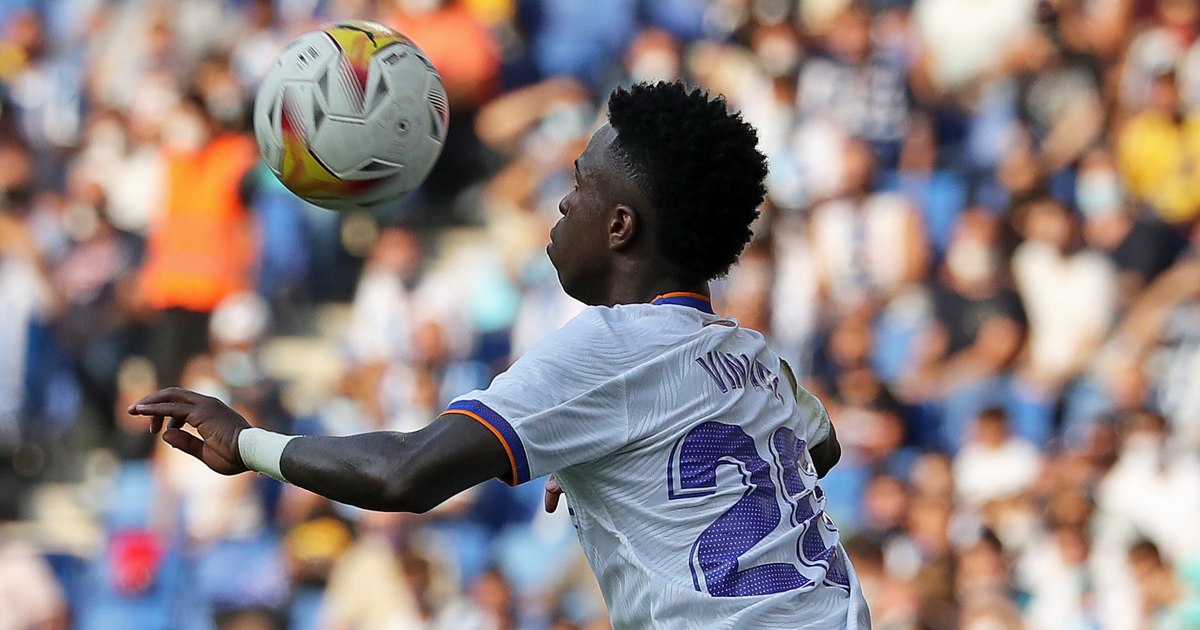 The last thing Barcelona need is a constant reminder of Lionel Messi everywhere they turn, but the problem is that they are in a year of firsts without him. The first game has long gone, marked as it was by the Camp Nou crowd chanting his name in the 10th minute, as much in protest as homage; their first Champions League game, against Bayern Munich, was a painful reminder too, but Sunday will sting the most. Not since 2005 have the Blaugrana named a squad for El Clasico without their former talisman for any other reason than injury or suspension.

This is the fixture, not just for Barça, Real Madrid or even in Spain, but arguably the world. It still feels unnatural that Messi, the top scorer between these sides, will not be on the pitch. His exit remains the deepest cut of a difficult summer for Barcelona, and it has been a sobering experience for fans and pundits alike to recalibrate their expectations this season.

This is a rivalry in the purest sense; defining a derby can be tough, and the most common way is to look at geography. Barcelona and Madrid are not local to one another, but they represent different ideologies, politically and in a sporting sense, too. Yet, on Sunday, when Los Blancos travel to Cataluña, they will be brought together by a shared feeling of emptiness, both licking their wounds after falling from their perch. This match will always be box office, but the loss of collective domination will leave everybody feeling uneasy.

They’ve each been besieged by financial difficulty, though Madrid to a lesser extent, which has accentuated their respective falls from grace. Bad judgement and an over-reliance on Messi has seen Barcelona spiral into a crisis never truly seen at an elite club before, culminating in over £1bn worth of debt and a severe weakening of their playing squad, less than a decade on from an era which saw them dominate Europe with an unprecedented combination of style and substance. Madrid held on to their own great generation for too long; Luka Modric, one of the last bastions of a team which won four Champions League titles in five years between 2014 and 2018, is 35, the same age as Sergio Ramos, who, alongside centre-back partner Raphael Varane, departed this summer. Cristiano Ronaldo left in 2018 and it’s impossible to separate the start of Madrid’s transitional phase and the end of his spell at the club.

It is hard not to look back when this fixture come around; the stardust is still there, the buzz and the clamour to see what happens will never die, but with Messi and Ronaldo now both ending their playing days elsewhere, there is a sense of loss. It was their personal rivalry – challenging each other for the Ballon d’Or, the individual award they shared for a decade – which added an extra level to the hostilities. Their personal identities reflected their clubs. Messi’s perception as a humble team player fit right into Barça’s own ethos, centred around internal growth, whereas Ronaldo’s brash, somewhat arrogant reputation made him the marketing dream Real Madrid needed. The reality was far more nuanced, but football rivalry has no time for that.

Even managerial feuds fed the beast. Pep Guardiola’s Barcelona are widely regarded as the benchmark for elite club football and Real Madrid were so desperate to stop them that they compromised their demands for a certain style of play and hired Jose Mourinho, then at the top of his game. He and Guardiola had worked together when he was assistant at Camp Nou in the 1990s, but their relationship frosted when they both went for the Barça job in 2008 and Guardiola got it. During two years on either side of the divide, they became biter rivals; every Clasico was intense and of the highest quality, with red cards and goals practically guaranteed. The peak of this heat came when, in April 2011, they met four times in 18 days across La Liga, the Copa Del Rey and Champions League.

In 2012, Mourinho succeeded in denying Guardiola the title and reinstating Madrid as champions with their 32nd league title and 100 points. Guardiola stepped down by the end of that season.

Those moments are so deep that it is easy to think they’ll last forever. Right now, it is a fixture at its lowest ebb, having long lost its spark. Messi’s exit signifies the end of that era.

But out of the ashes of the old could rise a new generation. Real Madrid, in particular, are positioning themselves for a resurgence; the signing of Eduardo Camavinga was shrewd, and he’ll likely be joined by president Florentino Perez’s latest transfer obsession, Kylian Mbappe, on a free transfer next summer, with money left over to join the race for Borussia Dortmund striker Erling Haaland. But in 21-year-old Brazilian Vinicius Jr, they have a superstar ready to take the next step. His bedding-in period has run parallel to the club’s transition, but with five goals in eight La Liga games this season, and a coming-of-age performance in the Champions League at Shakhtar Donetsk this week, his time is now.

Spain’s golden boy Pedri is unlikely to start for Barça, but the teenage Ansu Fati, Messi’s successor in the number 10 shirt and fresh from signing a new six-year contract, is due his own stamp of authority in this’ fixture.

With gloomy clouds still formulating over Barcelona, debt still to be shifted and the ghost of Messi still casting a shadow, plus Real Madrid’s own rebuild, La Liga has suffered. This game needs to pop to restore some excitement; it is easier to dismiss El Clasico more than ever right now, but it is still the biggest game on the planet. Sunday will be an occasion with a sense of hope and emergence. It doesn’t all have to be about missing the past.