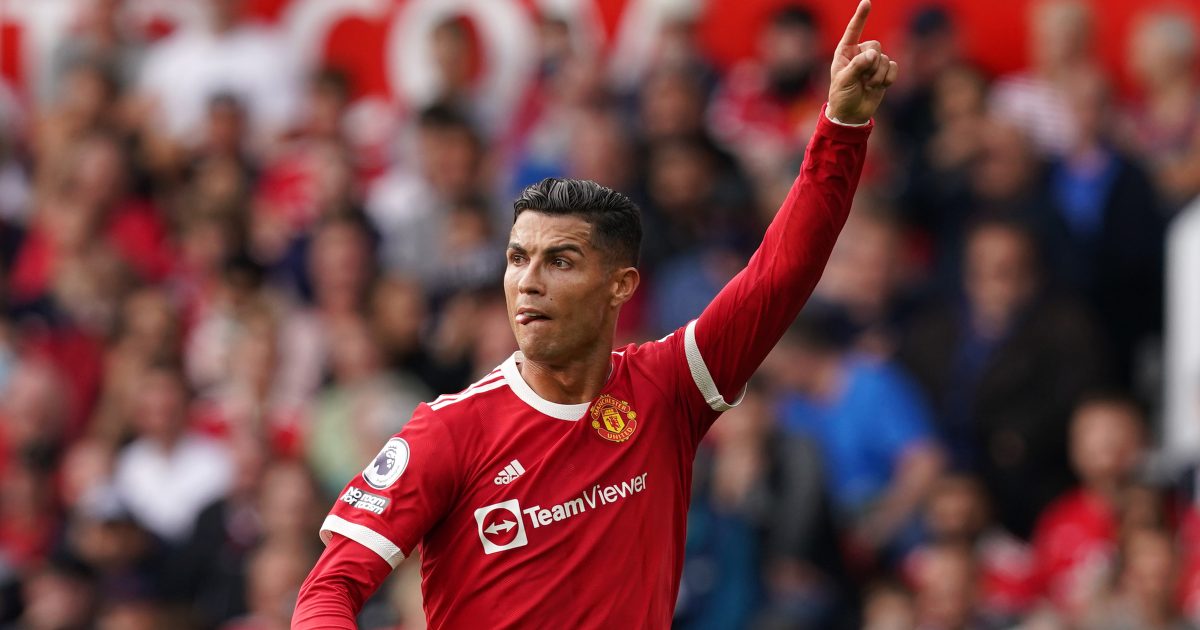 Ronaldo reduces his mother and Mediawatch to tears while Declan Rice is next ‘transfer masterplan’ target.

Give it a REST
‘Solskjaer ready to REST Cristiano Ronaldo as Man Utd boss warns superstar he will not play every game’- Sun website.

And there we were thinking Ronaldo would play EVERY game all SEASON.

Where or where would we be without the popular media setting us straight. Sorry, STRAIGHT.

‘THE MAGIC is back at Old Trafford.’

Apparently, it’s not just Ronaldo’s return that has produced this magic – it is that ‘coupled with the team moulded over the last two and a half years by boss Ole Gunnar Solskjaer’. Ah, that famous ‘body of work’ that transcends trophies. Nah mate, it’s Ronaldo.

No news is no news
Newspapers are weird; the Daily Mirror tell us on their actual back page that ‘CRISTIANO RONALDO set his sights on bringing the Premier League table back to Manchester United’. That’s not bloody news. Come back to us when Ronaldo decides that Manchester United actually have no real central midfield so sod it, finishing second again is about as much as they can hope for.

Tears for souvenirs
Mind you, the alternative is this absolute bumfluff on the Mirror website:

We should say at this juncture that Ronaldo’s mother was in the crowd at Old Trafford; these were not random tears.

We should also say that this ‘ban’ can be summed up by the following quotes:

“She’s not allowed now to watch big games, I say, ‘Listen, I don’t have a father any more. I don’t want to lose my mum, too, so you’re not going to watch the quarter finals, semi-finals, or finals.”

Oddly, he did not mention a home clash with Newcastle United, one of the worst teams in the Premier League.

So no ban broken at all. It’s almost like it’s all absolute bollocks.

Because of course all roads must lead back to Ronaldo.

Mediawatch is not sure that Manchester United have the option of making Declan Rice the best-paid player in the Premier League or indeed threatening him with traitor status if he joins Manchester City.

That’s one ‘transfer masterplan’ that can surely never be repeated.

Mo options
Even the Sun’s Chelsea match report becomes about that man Ronaldo as Neil Silver begins his piece thus:

‘LET’S get ready to rumble!

‘Introducing in the blue corner, weighing in at 200lbs from Chelsea, Romelu Lukaku.

‘In the red corner. weighing in at 179lbs, from Manchester United, Cristiano Ronaldo.

‘Yes, the heavyweight battle for the Golden boot began with a bang on Saturday as both players scored two goals on their home debuts to help their teams to big victories.

‘The Rom v Ron contest promises to be a knockout…’

Yep. Not for the first time, somebody from Liverpool wants a word.

Agenda politics
Mike Keegan of the Daily Mail took an awful long time to open that e-mail from Manchester United about Ed Woodward’s part in the Ronaldo signing. Ten days later, it leads his Sports Agenda. Next week: How Solskjaer has an impressive body of work at Manchester United despite not winning trophies.

On the flip side…
It’s not all good news for Manchester United – top of the league and giddy as buggery after the return of Ronaldo – because the Express website are here to bring this slice of click-baiting misery:

And by ‘in trouble’, they mean ‘might not get in/stay in the side’, which leaves us wondering why they stopped at four. Why not include everybody not in United’s first-choice XI? No sign of Anthony Martial or Phil Jones here but Marcus Rashford does get a mention:

‘Just how does Marcus Rashford get into this United side?’

By playing on the left where Jadon Sancho looks a bit sh*t?

‘Other clubs such as Manchester United, Juventus or Bayern also have their sights set on the footballer.’

And that was all she/he wrote.

‘Manchester United ‘are ready to rival Barcelona, Juventus AND Bayern Munich for £60m-rated RB Leipzig attacking midfielder Dani Olmo in a move next summer’… with German club ‘prepared to sell if one of the greats try and sign him” – MailOnline.

‘Man Utd are ready to take on Barcelona, Juventus and Bayern in £60m transfer scrap for Spain star Dani Olmo from Leipzig’ – The Sun website.

So many have not fed on so little since some fella turned up to a festival with a few loaves and fishes.