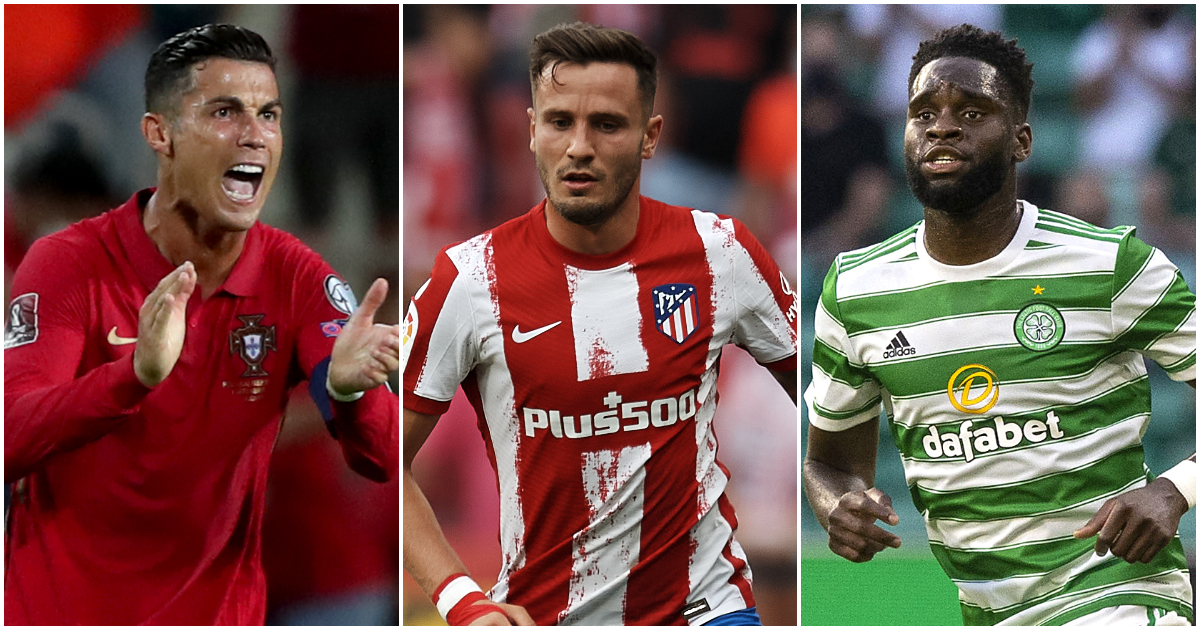 Ronaldo, eh. The international break is over at last and in a few short days the Premier League will be back. We’re looking forward to it, and especially to potential debuts for these five new arrivals, one of whom definitely stretches the definition of “new” well beyond breaking point…

5) Odsonne Edouard (Crystal Palace)
Goes one of two ways, this one, doesn’t it? Feels like a transfer with absolutely no middle ground. Edouard either solves the obvious problem for an eye-catching and enterprising Crystal Palace side that has only two goals from the first three games of the season and everyone wonders why nobody else was keen on a striker with 41 league goals in the last couple of seasons at a bargain price, or he flops massively and everyone wonders what Palace were thinking spending money on a bloke with only 41 goals in the last couple of seasons in Only Scotland and also for Celtic which immediately halves their value again. A masterstroke/shambles from Palace.

4) Takehiro Tomiyasu (Arsenal)
We’re specifically determined for Tomiyasu to be good because the Deadline Day coverage of his move to Arsenal on Sky Sports News was weirdly dismissive and p*ss-takey and we’re not really sure why. Maybe it’s just the fact Arsenal are the current designated crisis club and maybe the fact they signed a player long linked with Spurs is no longer a sign of their unquestioned superiority and more a reflection of their diminished status. Still really weird, though, especially given Tomiyasu’s versatility and age. He should do absolutely fine and is better than anyone else Arsenal have on the right side of their defence. Fingers crossed.

Straight into the squad. 🙌

It’s an unusually revealing video, this, for one published on a club’s own channels. Because the first minute is a man who still looks faintly and understandably baffled by the whole thing. Like he’s woken up in Spurs training gear and can’t fully work out how or why. We’ve all had nights like that, where we wake up confused and in unfamiliar clothes. Just not normally as embarrassing as Spurs clobber.

It’s fair enough, though. Emerson had just completed his two-year posting at Real Betis and was finally all set to get his chance at Barcelona, where he fully expected to be competing to be their first-choice right-back and no reason to expect that not to be the case. Suddenly Spurs came along with Some Money, and cash-strapped Barcelona had no choice but to ship him off for a profit barely a month after actually properly, totally signing him. It’s a weird world where Spurs can do this to Barcelona, but here we are. Spurs are top of the league and haven’t conceded a goal; we are on the weirdest timeline.

Emerson is a crucial bit of business for a side that has looked more than slightly laboured in successive 1-0 wins over Wolves and Watford that could have been very different. For all Japhet Tanganga’s defensive prowess – and he was magnificent against City and will be called upon again for that kind of assignment – he was all too often the rock upon which Spurs attacks foundered against less terrifying opposition. Emerson, a wildly aggressive and attacking right-back with 14 goal involvements across his two full Betis seasons, should address that. Plus he’s a Brazilian, which this weekend at least will make him something of a Premier League novelty.

2) Saul Niguez (Chelsea)
Mateo Kovacic, Jorginho, N’Golo Kante. What does that say to you about Chelsea central midfielders? There’s too many of them? That’s one way of looking at it. Another way of looking at is: people like them, let’s have some more of them. Saul Niguez has his work cut out to nail down a place in Chelsea’s midfield having joined what is an absurdly gifted squad, but it’ll be fun to watch should it work out. He has, by his own admission, stepped out of his ‘comfort zone’ after 13 years with Atletico, but in truth it might be just what he needed. He’s a lovely footballer but might just have needed that new challenge. Success at Chelsea could also get him back into the Spain set-up getting on for two years after the last of his 19 caps.

1) Cristiano Ronaldo (Manchester United)
The moment he makes his second Manchester United debut he saunters straight into this side, which we like to think is the main reason for his return to Old Trafford. Surely more important than Fergie or anything. While the dull assessment of Ronaldo’s return is that he doesn’t really solve any of United’s obvious weaknesses (although to be honest we’d slightly disagree with that assessment) there’s no point pretending his return isn’t tremendously exciting. He’s still an outrageously brilliant footballer who has streamlined and honed his talent to a fine point as the years have progressed. And it adds a fresh dimension to what already promises to be a rip-roaring multi-team title fight. Now we just sit back and wait to see when and if anyone actually asks the awkward questions about the whopping great elephant in the room.