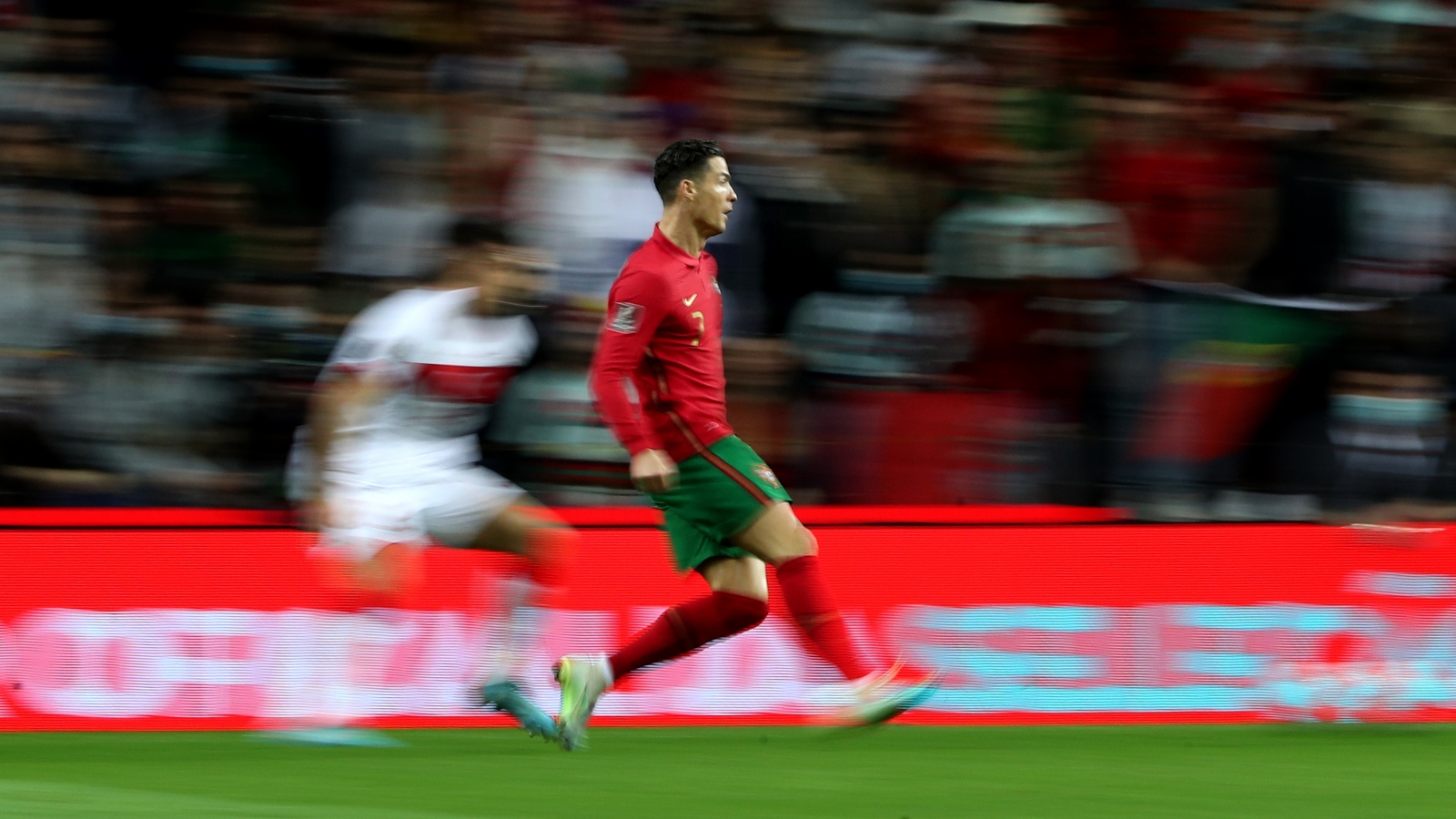 Cristiano Ronaldo has said that he is the “boss” of his international future amid speculation that this year’s World Cup will be his last.

Ronaldo and his Portugal teammates take on North Macedonia on Tuesday with the winners securing a place in Qatar this winter.

Ronaldo and Michael Edwards in line for football Oscars

The Manchester United forward turned 37 last month, meaning he will be 41 when the 2026 World Cup comes around.

Ahead of Tuesday’s huge clash against North Macedonia, Ronaldo was asked if he will consider his Portugal future after the tournament in Qatar.

He told Portuguese publication Record: “I’m beginning to see that many of you ask the same question. Who will decide my future is me, nobody else. If I feel like playing more games, if I don’t feel like I don’t play. I’m the boss, period.”

Ronaldo also told RTP: “I live one day at a time, tomorrow only God knows. I enjoy football and I still feel useful both at the club and at the national team. I will decide when I want, not when they understand fans, family or journalists. I have always decided my life and that is what I will continue to do.”

The 37-year-old has scored 18 goals in 33 matches for United this season.

His future at club level is also in doubt, however. Last week, the former Real Madrid star was linked with FC Porto.

Porto are ‘plotting a sensational move’ to take Ronaldo to Portugal in the summer transfer window as they ‘believe the door has opened for the all-time great to make a romantic return to his homeland this summer.’

Sources have told Football Insider that Ronaldo, who previously played for Porto’s rivals Sporting Lisbon, ‘would be interested in a return to Portugal nearly two decades’ after leaving the José Alvalade Stadium.

It is understood that ‘Porto are monitoring Ronaldo’s situation going into the summer and could make a move if given encouragement’ with the Portugal international having another year to go on his contract at Man Utd.

Porto are ‘cautiously optimistic that Ronaldo could be tempted by a surprise return back home this summer’ in what would be a major coup for the Portuguese top flight.