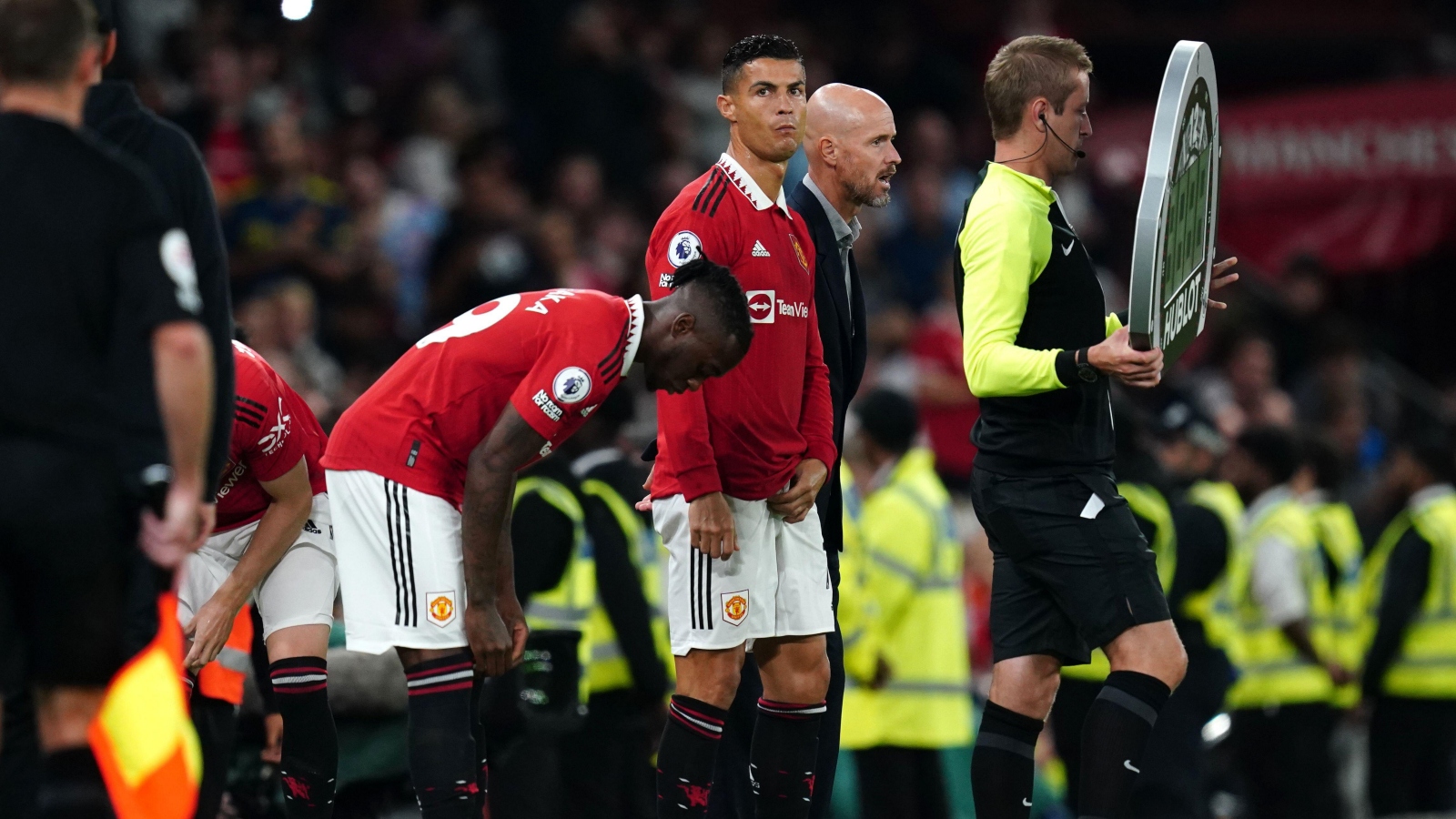 Sporting Lisbon are ‘on the verge’ of completing the remarkable signing of Manchester United striker Cristiano Ronaldo, according to reports.

Ronaldo reportedly asked to leave the Premier League club earlier this summer after they missed out on Champions League qualification.

Having handed in a transfer request and returned late to pre-season, the experienced forward has not hit the ground running this term.

In United’s two home matches in the Premier League, Ronaldo came off the bench, while he started his side’s 4-0 defeat at Brentford.

Playing in the Champions League is what the 37-year-old hopes to do this season, with the Red Devils preparing to compete in the Europa League.

He has been linked with Chelsea, Napoli, Bayern Munich, Marseille, Paris Saint-Germain, Real Madrid, Atletico Madrid and Sporting – who are all in Europe’s premier competition.

Chelsea, Atletico and Sporting are the only sides to have any sort of substantial link to the Portuguese striker, however.

Ronaldo is currently the all-time goalscorer in the Champions League and is desperate to forever hold that honour.

As a result, he is apparently pushing for a move out of a club he is regarded as a club legend and is willing to join Atletico to play in the competition despite his incredible spell with Real Madrid.

A move to Stamford Bridge or the Wanda Metropolitano would be a relatively ambitious one, with both sides in contention to win the competition.

However, should Ronaldo join Sporting, it shows that his priority solely lies with making sure he is not caught by Lionel Messi in the scoring charts, with all due respect to the Portuguese club.

And according to Caught Offside, the 37-year-old is ‘on the verge’ of a sensational return to the Portuguese capital.

Ronaldo’s agent Jorge Mendes has been ‘working around the clock’ in order to secure his client’s Old Trafford exit before next week’s transfer deadline.

His move to Sporting is apparently ’99 per cent done’  and the Portuguese outfit will begin preparations for his presentation on Friday.

Furthermore, the squad has been ‘preparing’ to welcome Ronaldo back to the club ‘for weeks’, indicating that the deal has been in the pipeline for a while now.

Perhaps the final one per cent of the deal hinges on who Sporting are put up against.

Here’s hoping Ronaldo is happy with Frankfurt, Tottenham and Marseille. I think he might be…