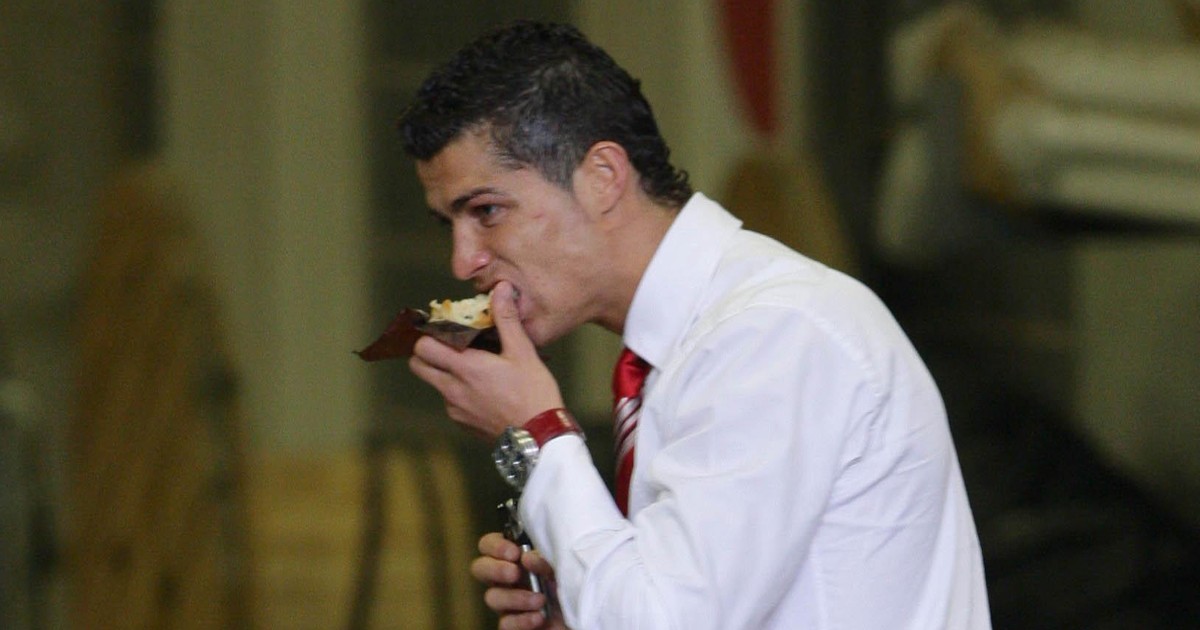 Ole Gunnar Solskjaer has reacted to strange claims that Manchester United players are ‘scared’ to have dessert because of Cristiano Ronaldo.

“To give you one instance of the impact he is having on the group, this was Friday night in the hotel,” he began.

“So, as you guys will be aware, you finish your dinner and usually on a Friday night you’ve got some cheat stuff out. You’ve got some apple crumble and custard or you’ve got a bit of brownie and cream.

“One of the lads said to me, ‘What has Cristiano got on his plate?’ Obviously it is the cleanest, most healthy plate you can imagine.

“I’ll tell you one of his plates – he had several. One of them was quinoa, avocado and a couple of boiled eggs. This guy is in incredible shape.”

That has obviously led to tabloid claims of his new teammates being ‘too SCARED to eat dessert in front of Cristiano Ronaldo,’ according to The Sun, but Solskjaer is reluctant to attribute every positive aspect of the club to the Portuguese.

“That’s obviously a joke by Granty in a setting with some mates or ex-players,” he said when asked about the quotes.

“Of course, it’s not like we lived with junk food before Cristiano came and he changed it all.

“I think he’s proven over the years how to look after himself and I think he’ll be an example for many other players in how to look after yourself and how to prolong your career because I said it myself, when you retire you look back and it’s the best time of your life.

“So stay in the game as long as you can, be professional, have a good attitude and when you’re done you can let yourself go as I have done now.”