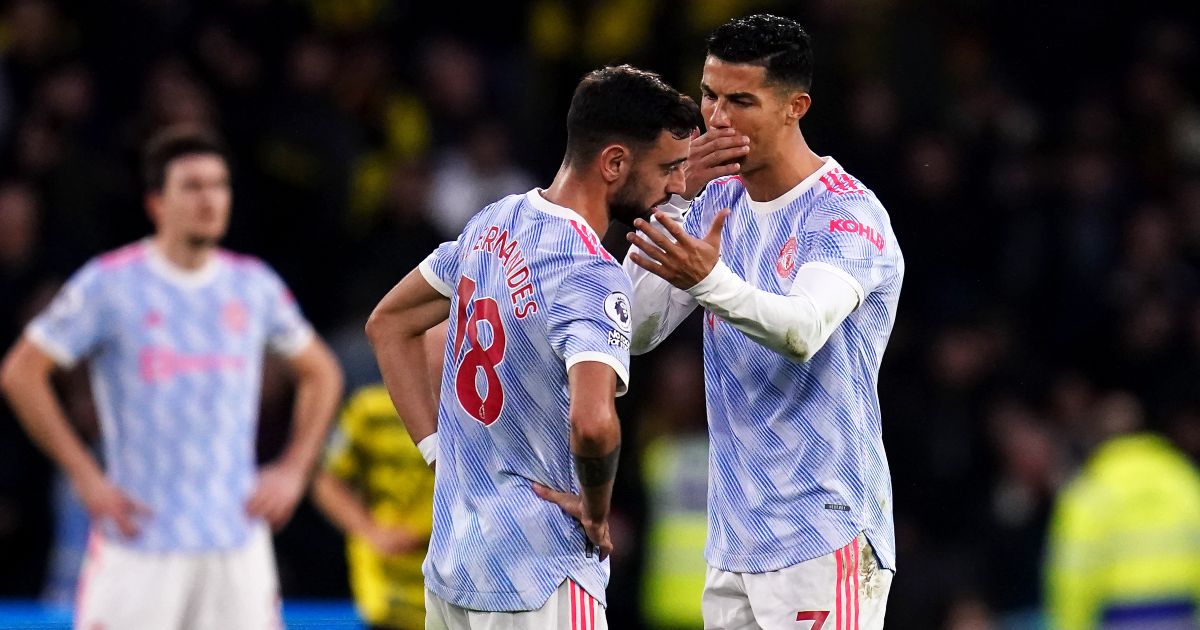 The Red Devils confirmed that they had made the decision to sack Ole Gunnar Solskjaer earlier on Sunday and now they are looking for an interim candidate to take charge until the end of the season.

Michael Carrick is in caretaker charge until the new interim boss is appointed with the club looking to wait until the summer to choose their long-term successor to Solskjaer.

It is understood that the Spain boss is ‘likely to be considered for the role along with out-of-work Zinedine Zidane and Erik Ten Hag’ while Dorsett adds that Pochettino and Rodgers ‘are long shots currently’.

Cristiano Ronaldo is keen for Luis Enrique to become the new #mufc manager, I’m told. The Spain boss likely to be considered for the role along with out-of-work Zinedine Zidane and Erik Ten Hag, the #ajax manager. Pochettino and Brendan Rodgers are long shots currently. See #ssn

Meanwhile, David de Gea labelled the club’s performance against Watford in their 4-1 loss on Saturday as “embarrassing” and declared it is “not acceptable” for Man Utd.

De Gea said: “It was embarrassing to be honest, to see Manchester United play like we did today. I think it’s not acceptable.

“The way we were playing, it’s easy to blame the manager, the staff. But sometimes it’s the players. We play for Manchester United, we need to do better.

“It was an embarrassing first half. We could’ve conceded four goals, we cannot play like today. It’s a nightmare again, for a long time and it’s not acceptable.

“Players are trying to give our best but for sure something is very wrong, you can see in the games. It’s very low level, very poor. Sorry to the fans.

“It’s been very bad for a long time, in a club like Man United we have to fight for trophies and to be honest we’re far from there.’

“We have to keep working hard, stay together, be very strong, look at ourselves and see what we can improve.”