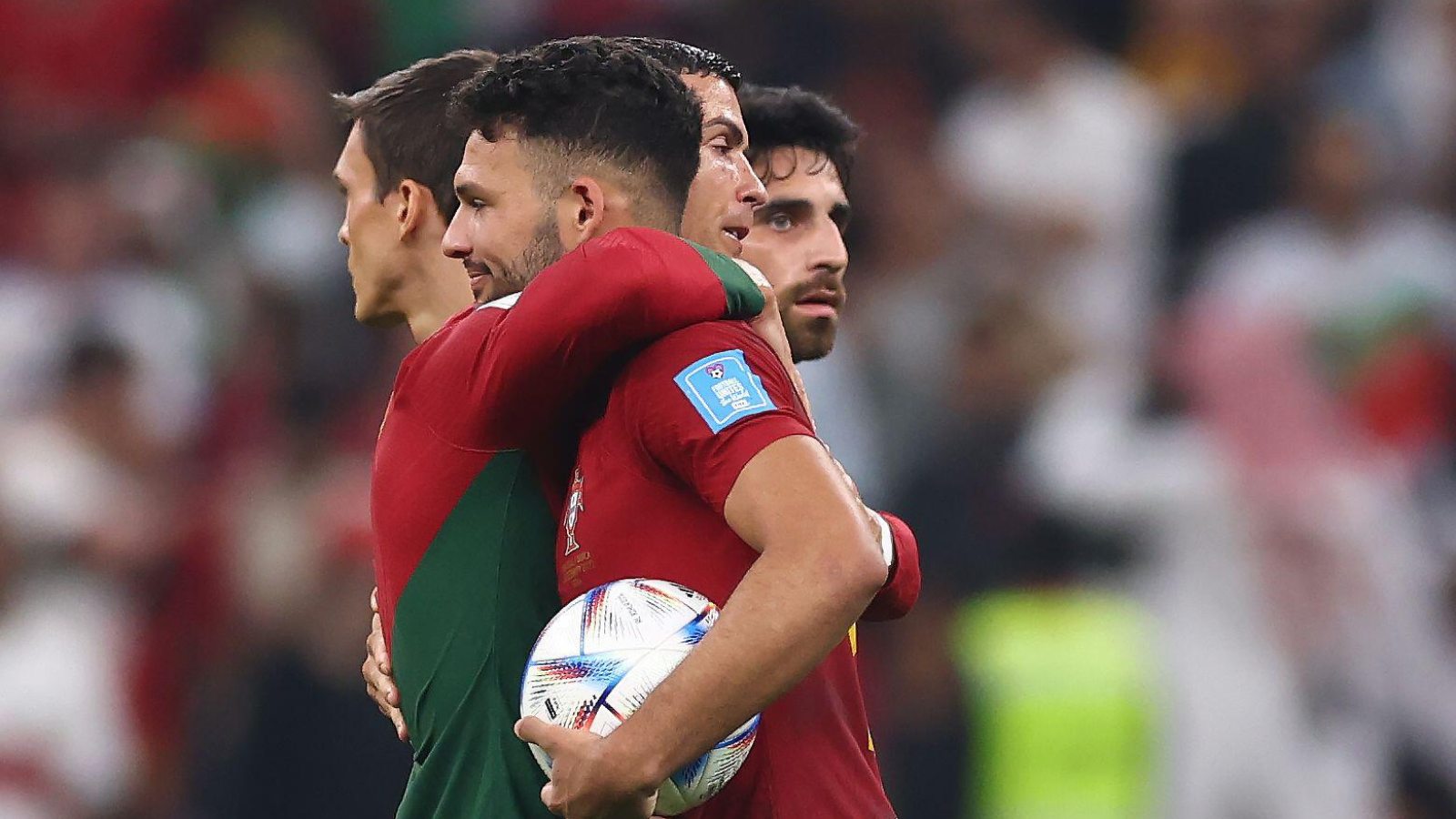 Portuguese newspapers got giddy about a first World Cup quarter-final in 16 years instead of Ronaldo. What the actual f***?

Who scored?
Ronaldo obviously dominates the English football media, which leaves MailOnline utterly flabbergasted by the fact that their Portuguese equivalents have decided to concentrate on the actual football – Portugal did win a World Cup knock-out game 6-1 to reach the quarter-finals for the first time since 2006, after all – rather than the man on the bench.

This has discombobulated the f*** out of them.

Well, they don’t completely IGNORE him because Ronaldo is mentioned on every single Portuguese front page; they just chose to concentrate on the player who actually scored a hat-trick. It’s blowing their minds.

‘Sulking Cristiano Ronaldo was nowhere to be found on the front papers of Portugal’s newspapers on Wednesday as the press toasted ‘the day the team gave itself to youth’.’

He was not ‘nowhere to be found’ as he was mentioned on every single front page; they just decided a hat-trick scored to take Portugal to their first World Cup quarter-final in 16 years was more important. Because it is more important.

‘Ramos, the hat-trick hero, dominated Wednesday’s front pages, whereas the team’s biggest star – Ronaldo – was ignored after being relegated to the bench.’

Apart from all the mentions of him being relegated to the bench, that is.

‘The front page of Record ran with the headline ‘Ramos makes history’ after his first-ever hat-trick for Portugal, in what was only his second start for his country.’

It was his first start but carry on…

‘O Jogo toasted ‘a collective display from another world’ with a team celebration as their front cover image – again, with top story Ronaldo overlooked.’

So don’t be afraid…
It’s a week since we questioned the use of ‘shows his true colours’ in a headline quite clearly designed to make it appear like the person involved (in this case Jordan Henderson) had behaved badly. As we pointed out at the time, not since Cyndi Lauper has ‘true colours’ been used as a compliment.

And now the Mirror are at it again…and this time it’s that man Ronaldo, who ‘shows his true colours in reaction to Portugal goal after he’s dropped’. And it turns out that his ‘true colours’ are not those of an egotistical tw*t at all; he actually ‘expressed his delight’ after Portugal scored so he is a lovely man. Despite all the evidence.

And that’s why we loooove him.

Except, what’s this? The very same writer tells us just a few hours later that ‘Cristiano Ronaldo was the first Portugal player to walk down the tunnel following his side’s emphatic 6-1 win over Switzerland at Lusail Stadium’.

Were those not his true colours? We demand a recount.

That ‘as’ is doing a f*** of a lot of heavy lifting in that sentence.

England, spies and waxworks
Elsewhere, England are preparing for a World Cup clash with France, which means that the English tabloids can go into full, and maybe this is not the PC way of putting this, absolutely batsh*t mental mode.

This includes claiming an ‘exclusive’ – as if anybody other f***er would want to do it – on draping an England flag and scarf on the waxwork of Kylian Mbappe and then going full ‘Allo ‘Allo in the headline.

No disrespect to Sun reporter Joe Hadden, for whom a front-page story must feel extraordinary – especially as he spends quite a lot of time on Twitter having these kind of exchanges…

…but that is a ludicrous front page of what still loosely calls itself a newspaper.

At least this nonsense is on the back page of the Daily Star:

There is little the British media like more than talk of ‘spies’. They roll out the target graphic and the James Bond quotes and really lean into the theme. And Kyl does at least sound like kill, which is an advance on most tabloid puns.

The Daily Express tell us that ‘England have been spying on France for two years in the hope of having the edge in Saturday’s World Cup quarter-final’. Sounds creepy.

The only ever-so-slight problem: There has been no ‘spying’ and nobody even mentioned the word.

This all stems from England coach Steve Holland saying the following about a presentation made by an FA coach:

“We had a presentation to us from a member of the FA, one of the national coaches who’s been tracking France all the way throughout this tournament and for the last two years.

“So an expert not just on what’s happened at this tournament but the thinking of the manager with choices, selections, different types of opponent for the last two years. We started this morning really getting up to speed specifically on the opponent.”

‘Tracking’ is not the same as ‘spying’ but James Bond was not a ‘tracker’, so we must indeed embrace talk of spies.

Though we’re not sure that Bond was in the habit of watching hours of football and keeping Excel spreadsheets of team selections. It would make a pretty shit film for yer da to watch on Boxing Day.