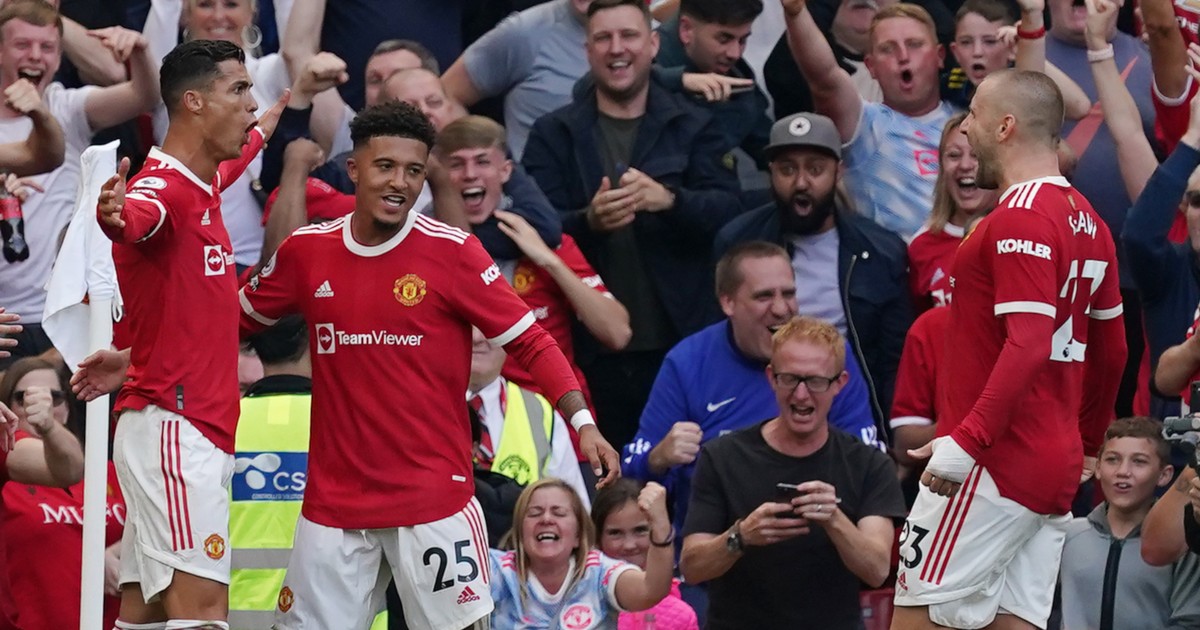 Cristiano Ronaldo delivered a speech ahead of his second Manchester United debut that left players and staff silent.

Ronaldo returned to Manchester United this summer after 12 years away from Old Trafford at Real Madrid and Juventus.

The Portuguese scored twice in a 4-1 win over Newcastle that papered over the cracks in Ole Gunnar Solskjaer’s team.

Fans, pundits and journalists have been swept away in the wave of nostalgia generated by Ronaldo’s return, and the sensation extended to the dressing room at Old Trafford before the game.

The Sun say Ronaldo ‘gave a stirring speech’ and said his new colleagues should be “sacrificing everything” as they ‘listened in silence’.

A source revealed the ‘very powerful and uplifting’ sermon, which was met with ‘a round of applause’.

“I have returned to Man United for two reasons,” Ronaldo began.

“The first is because I love the club. The second is I love the winning mentality that breeds through the ranks of this club.

“I have not come back to be a cheerleader. If you guys want to succeed, then I need you to love this club from the bottom of your hearts.

“You need to eat, sleep and fight for this club. Whether you play or do not play, you need to support your teammates and always give 100 per cent for the club.

“I am here to win and nothing else. Winning brings us happiness. I want to be happy, do you?

“You are all amazing players and I believe in you, or else I would have not returned.

“The fans will support you, if you give your best. I just want to create a winning mentality, so when I do retire one day, the winning mentality will remain, and this group of players will dominate football, like we did in the past.

One person who managed not to “get carried away” was Sky Sports pundit Jamie Carragher, who called out Gary Neville for his “ridiculous” point of view on the interminable Ronaldo v Lionel Messi debate.

“Ronaldo is not the greatest player of all time,” he said.

“It doesn’t matter how a ball goes in the net, Messi has more goals than Ronaldo. Messi is also a playmaker, he can run a game, Ronaldo can’t do that.

“Ronaldo does things other players can do, Messi does things we’ve never seen before. In terms of the goalscoring that’s not right.

“There’s been a lot of fanfare about Ronaldo from ex-players, I just think you’ve just got carried away.”