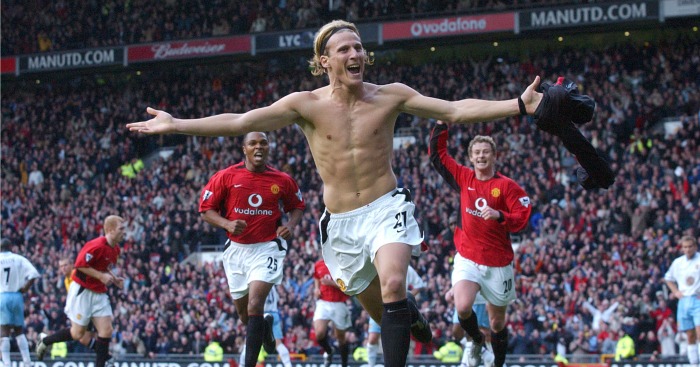 The former Uruguayan striker spent the 2003/04 season at Old Trafford with Ronaldo and told Fox Sports about the Juventus man’s obsession with his looks, reports the Daily Star.

“Ronaldo was an egotist in the dressing room – not like (David) Beckham.” Forlan said.

“Cristiano always wanted to be near a mirror.

“He spent all day looking in the mirror.

“Ronaldo was changing in front of the mirror, tremendous.

Forlan also played alongside David Beckham, also famed for his looks as well as his skill on the pitch, but sayst Ronaldo spent far more time preening himself than the former England captain.

“Beckham was more natural, they are different. Cristiano is all more worked.

“Beckham was disheveled and fit, the other you never saw disheveled.”

Ronaldo is on the shortlist for the UEFA Player of the Year award along with Lionel Messi and Virgil van Dijk after a debut season with Juventus in which he contributed 28 goals and 10 assists on their way to the Serie A title.