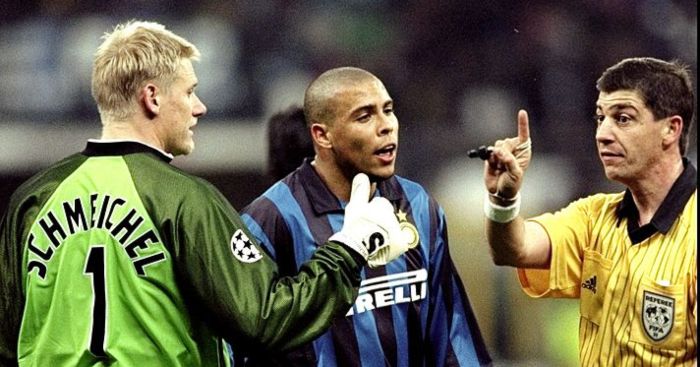 Cole scored 24 goals in 50 games in the 1998/99 campaign, including five goals in ten Champions League matches.

The striker netted a decisive goal in the dramatic semi-final victory over Juventus but failed to score in the quarter-finals against Inter Milan, perhaps due to being awestruck by Ronaldo.

“I remember when we played Inter Milan that same season and I lined up in the tunnel and I saw Ronaldo. I’m not gonna lie, I nearly wet myself!” he told the Beautiful Game Podcast.

“This is the guy I’ve watched for years. I’m talking about a baller, a straight baller. He had everything in the locker and I’m standing in the tunnel at the San Siro and I’m saying: ‘This is sick!’, but when you’re at that level and you think, ‘Man, I’m actually at this level with these guys. I’m on the same pitch as these guys, I’m on that level’, it’s surreal.

“I’m always honest and I’m always open when it comes to things like this. Playing against these kinds of guys. It’s something that when I do take the opportunity to look back, I say to my boys: ‘I’ve done alright. I’ve half made it!’.”

Cole knows we deserved to see Ronaldo without the injuries.

“If you speak to a lot of the kids now and you speak about Brazilian Ronaldo, they look at you like you’ve got three heads because they don’t know who he is,” he added.

“If we take away his injuries, he could have gone on to win Ballon d’Or after Ballon d’Or and scored a zillion goals. He was a baller! He was an absolute baller.

“Of course, we’re gonna talk about Cristiano Ronaldo on that level as R9 because that’s what we see now, that’s what the kids see now – but if you take away that injury, he was sick, a proper baller.”