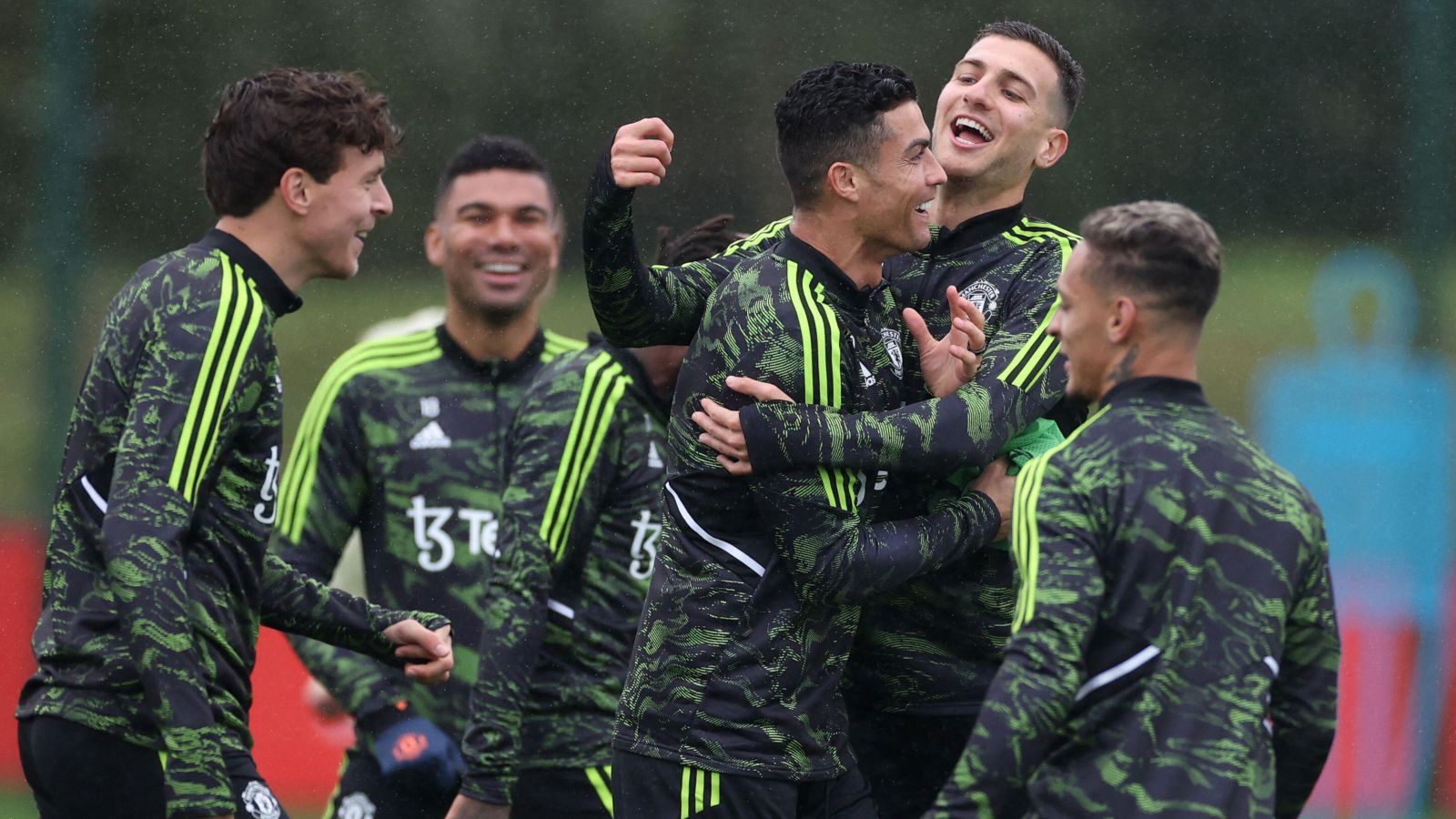 Diogo Dalot insists the fallout at Manchester United after Cristiano Ronaldo’s tantrum against Spurs is “private” but insists the Red Devils are “a better team” when CR7 is playing.

Ronaldo returned to starting lineup for United on Thursday, scoring late on in their 3-0 win over FC Sheriff.

The Portuguese star was back having been dropped for the 1-1 draw with Chelsea due to his strop against Tottenham the week before.

Ronaldo refused to come on as a late substitute, stormed down the tunnel and out of the stadium.

Erik ten Hag said he would “deal with” Ronaldo, who we know was fined and made to train with the U21 squad as punishment.

But while we probably would have found out what was said between Ronaldo and Ten Hag last season when leaks out of the Carrington training ground were rife, such detail hasn’t been released with Ten Hag and his team cracking down on such information coming out.

And Dalot insists what went on behind closed doors will remain private.

“Obviously everything that happened is private – we want to keep it inside the locker room,” Dalot told Football Daily.

Dalot, a fellow Portugal international, clearly bloody loves his compatriot and is never short of a fond word for Ronaldo.

And he, unlike Ten Hag, reckons United are a “better team” when Ronaldo is playing.

“We are just very happy to have Cristiano,” Dalot added. “Yesterday he scored a goal and this is what he’s been doing for 20 years now.

“Every time he’s on the pitch, we are a better team.”

With United currently struggling to score goals in the Premier League, Ronaldo could be the answer to their problems.

And Ten Hag threw down the gauntlet to the striker when asked whether he could reach his scoring heights of last season, when he notched 24 in all competitions.

Ten Hag said: “It’s up to him. But I think when you collect all the chances he creates, the team creates for him in the last weeks, you see he’s still capable to get in the right positions and I know he’s still capable of finishing them so it’s possible, yeah.”