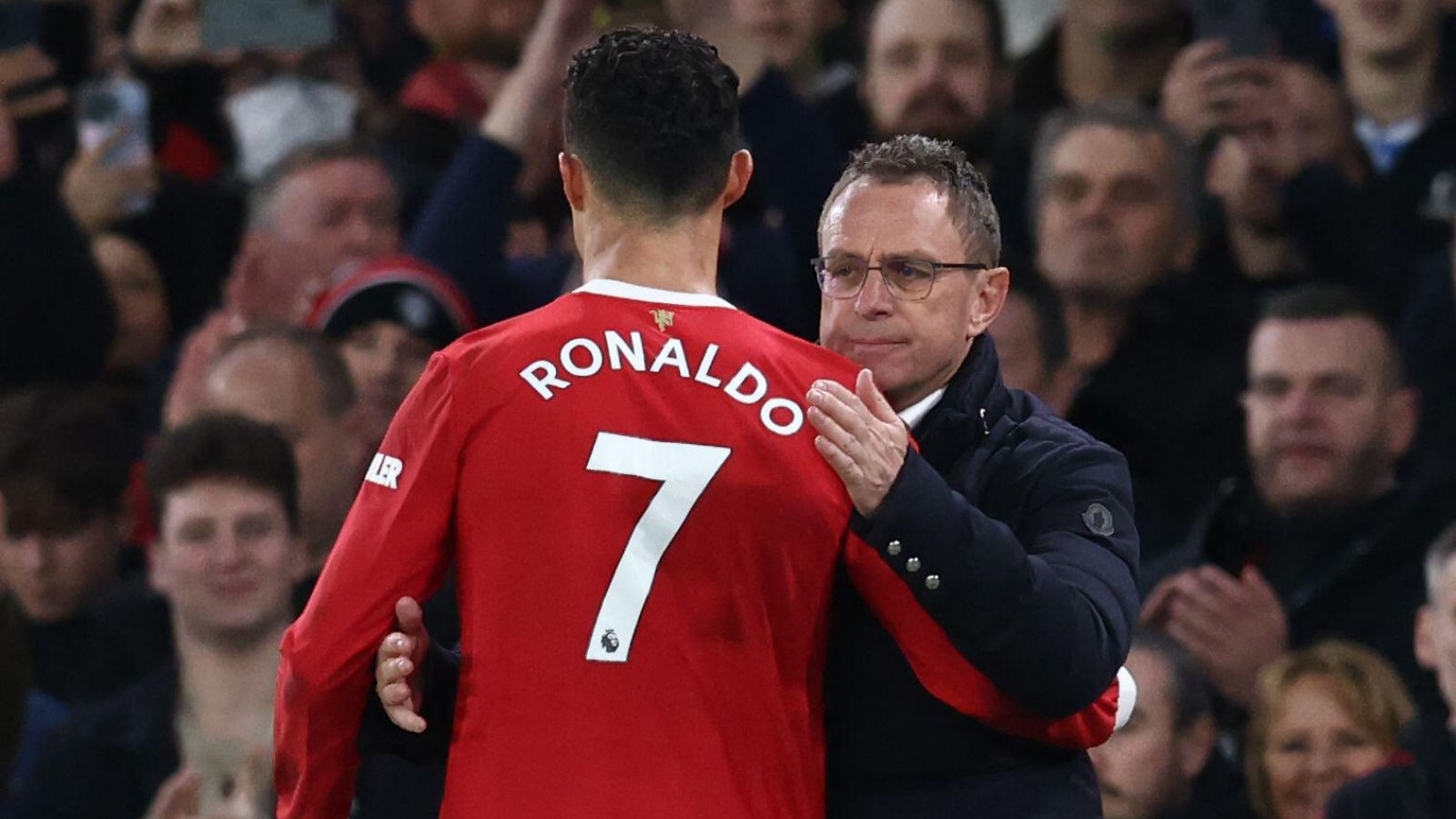 W1HCristiano Ronaldo claims Ralf Rangnick thought he had found “the last Coca-Cola in the desert” as he told Piers Morgan about the manager’s obsession at Manchester United.

Rangnick took the helm when Ole Gunnar Solskjaer was sacked shortly after Ronaldo’s return to United, and the striker says he hadn’t heard of the German before he took over.

“After Ole, they bring a sport directive Ralf Rangnick, which is something nobody understands,” Ronaldo told Morgan on TalkTV.

“This guy is not even a coach. A big club like Manchester United bringing a sport directive surprised not only me but all the world.

“Of course [it was a ridiculous decision]. If you’re not even a coach, how are you going to be the boss of Manchester United? It’s something that I should say that Manchester has followed not the right way to reach the success of other teams like Liverpool, Manchester City, Chelsea… they are one step behind or two because of these kind of mistakes.

“No [I’d never heard of him]. Of course not. Nobody, the people who I spoke to knew. I respect [him], all the coaches in my career I had to call them the boss, but deep inside me I never saw him as the boss because I saw some points that I never agreed.

“He stopped in time as well because if you’re not being a coach for the last five years, you’re going to lose your identity as a coach.”

On not fitting into Rangnick’s pressing system, Ronaldo said he doesn’t understand “the new coaches'” obsession with it.

“I respect any coach that has a different approach or different mentality, but there are some points where you don’t agree. I’ve always been like that in my life.

“I’ve always been beside the best coaches in the world; Zidane, Ancelotti, Mourinho, Fernando Santos, Allegri… so I had some experience because I learned from them.

“And when you see some coaches who want to come and revolutionise the football, I don’t agree, I have my opinion and they disagree – but it’s part of the business.

“At the end of the day I’m in a club to win, and with my experience I want to help like always. Some coaches they don’t accept and that is part of the job.”

READ MORE: Cristiano Ronaldo interview blog: Relive one of the most boring hours in TV history