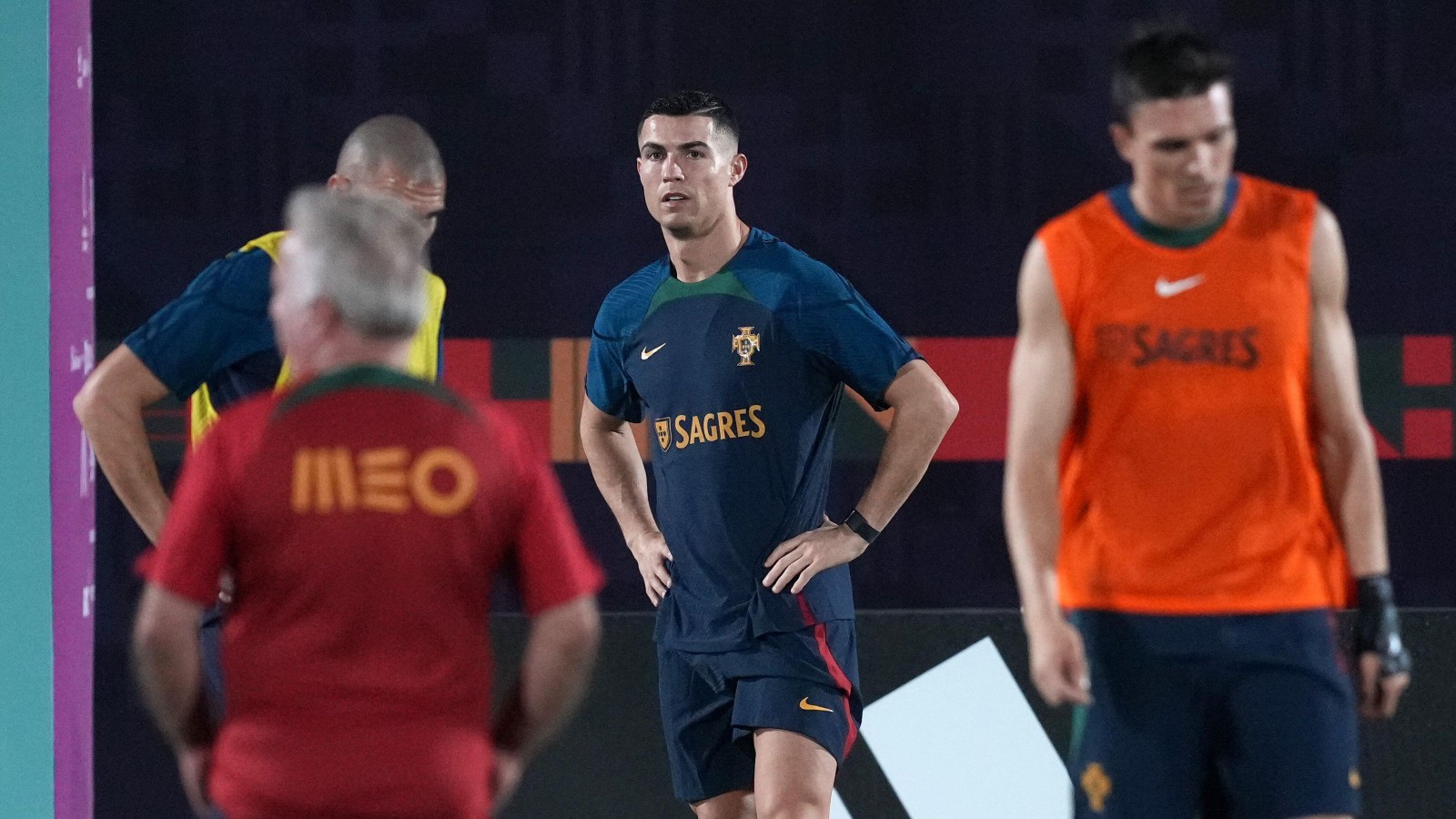 Cristiano Ronaldo insists “I talk when I want to” as Man Utd reportedly prepare to take legal action against the Portugal international.

The 37-year-old gave a controversial interview to Piers Morgan last week which went down terribly at Old Trafford.

Ronaldo insisted that he feels “betrayed” by the club and hit out at manager Erik ten Hag, former interim boss Ralf Rangnick, senior club executives, former players and more in the unexpected chat with Morgan.

Reports last week claimed that Man Utd were preparing to take legal action against Ronaldo while they instructed the striker to not return to Carrington after the World Cup break.

And Man Utd released a statement saying that “appropriate steps” have now been taken, it read: “Manchester United has this morning initiated appropriate steps in response to Cristiano Ronaldo’s recent media interview.

“We will not be making further comment until this process reaches its conclusion.’

But in a press conference in Qatar ahead of Portugal’s first World Cup game, Ronaldo remained defiant, he said: “Timing is always timing. From your side it is easy to look at how we can chose timings. Sometimes you write truths, sometimes you write lies.

“I don’t have to worry what others think. I talk when I want to.”

Reports claimed that Ten Hag and Ronaldo’s Man Utd team-mates were ‘furious’ at the interview and there were questions raised about a seemingly awkward exchange with Bruno Fernandes when they first arrived at Portugal’s World Cup camp.

And Ronaldo confirmed the exact same story, he said: “We were playing around last week. His plane was late – I asked him did you come by boat.

“Please, don’t ask players about me – ask about the World Cup.”

Ronaldo has been widely criticised for his interview by pundits and former players but former Arsenal defender William Gallas expressed his sympathy over a “similar situation” that he experienced at Tottenham.

Gallas told Genting Casino: “I was in a similar situation when I was playing for Tottenham under Andre Villas-Boas. I was the captain and I played all the games for the first part of the season.

“Then I got injured just before Christmas, but when I recovered, I had a conversation with him because his attitude had changed with me. I told him to be honest with me about my playing time.

“I said to him ‘if you don’t need me, please can you let me go’. I had the opportunity to leave Tottenham in the January 2013 window and join a club where I would play every week. I was 36 at the time.

“I knew Villas-Boas from Chelsea, so I just wanted him to be honest with me because at my age, at any age, you don’t want to be on the bench. At the beginning he told me ‘don’t worry, you will play’.

“I didn’t play in any of the Premier League games, I only played in the Europa League. There was a match against Arsenal at home, I was on the bench, I didn’t make any fuss or complaint, and in the last seconds of the game, he put me on.

“That was really hard. I felt like he didn’t respect me. There were other defenders he could have brought onto the field. It was so hard.”