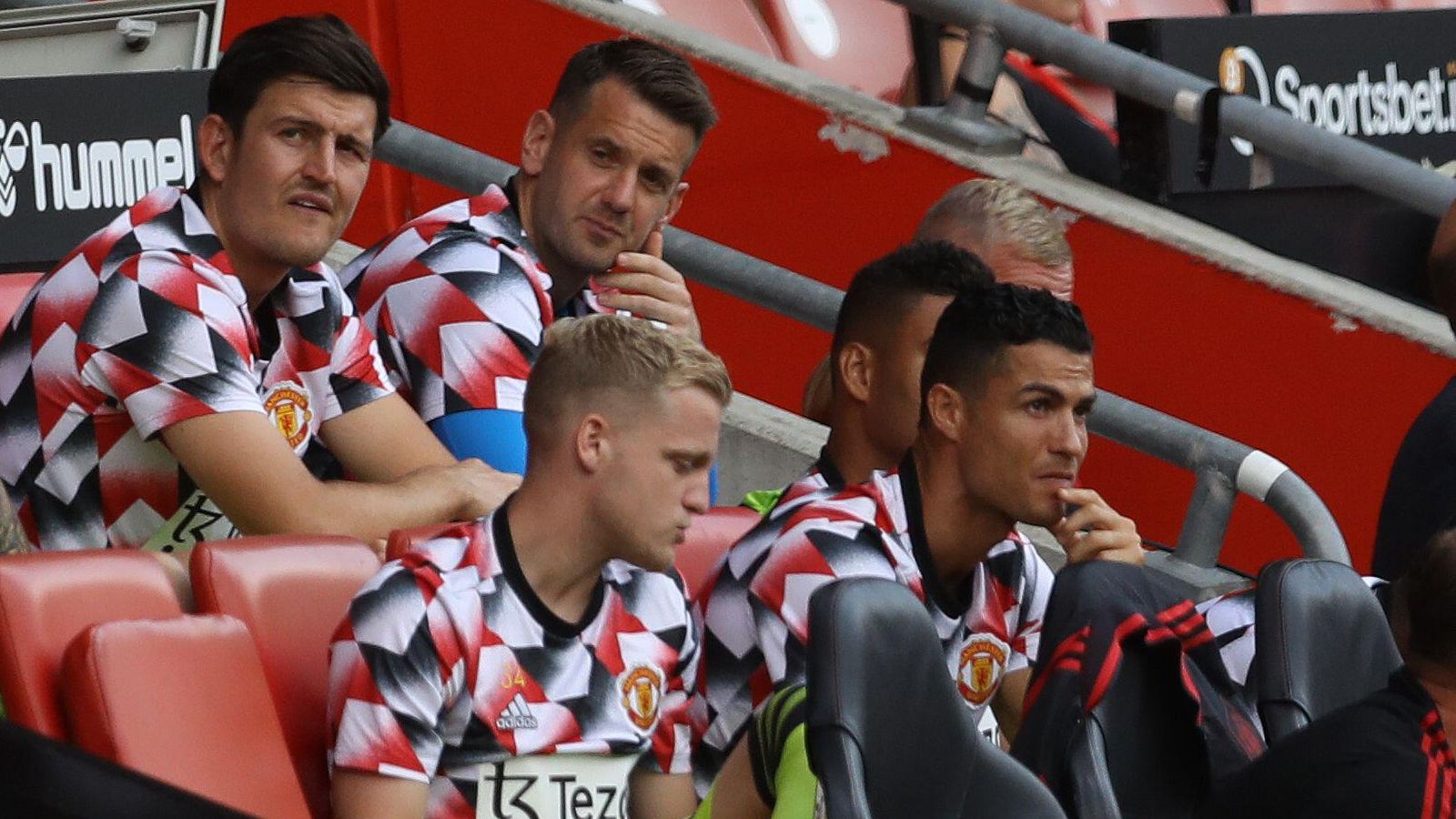 Cristiano Ronaldo reportedly informed Ralf Rangnick earlier this year that one of his teammates at Manchester United was “part of the problem” at the club.

It comes as no surprise that the player in question is Harry Maguire.

Ronaldo returned to the Red Devils a year ago today following an underwhelming spell in Serie A with Juventus.

Maguire meanwhile was named as Man Utd’s captain in January 2020. This was just six months after his £85m move from Leicester City.

The England international actually performed pretty well for United during his first two seasons at the club, but his form declined throughout the 2021/22 campaign.

It did feel inevitable that Maguire and Ronaldo would butt heads at some point and it was consistently reported last term that they were not seeing eye to eye.

Their issues were no doubt compounded by United’s poor showings as they ended the season trophyless once again. They also fell way short of Arsenal, Chelsea and Tottenham in the race for fourth.

The club’s fortunes did not improve under interim boss Ralf Rangnick, who is no longer at United despite initially being set to take up a consultancy role behind the scenes from this summer.

Under Erik ten Hag, Maguire now finds himself behind Raphael Varane and Lisandro Martinez in the pecking order.

Ronaldo’s situation is not much better. He made it clear earlier this summer that he wishes to leave as he does not fancy playing in the Europa League instead of the Champions League.

The 37-year-old has been on the bench in recent games as he is not exactly spoilt for choice when it comes to potential moves away from Old Trafford.

With the transfer window closing on Thursday night, it is looking increasingly likely that Ronaldo will remain at United until January. And that may suit the player and club.

This does mean though that Ten Hag will have to find a way to manage Maguire and Ronaldo in a way to ensure that their conflict does not impact the team.

The Athletic have now reported on a meeting that took place at United’s Carrington training base back in February.

With results not going their way, Ronaldo, Varane and Paul Pogba were among a ‘cohort’ of players who ‘approached’ Rangnick.

Maguire ‘was not present’, while Ronaldo’s message is said to have ‘come through loud and clear’.

The forward petitioned to play up front alongside Edinson Cavani and he argued that Maguire ‘should be demoted to the bench’.

Rangnick understandably stated that ‘he felt the conversation was inappropriate without Maguire present as the captain’.

To which, Ronaldo ‘retorted to say he believed Maguire was part of the problem’.

The report notes that some of United’s players ‘felt uncomfortable’ during this meeting and subsequently ‘apologised to Rangnick’.

They add that ‘Maguire’s relationship with his peers is not as bad as sometimes portrayed’.