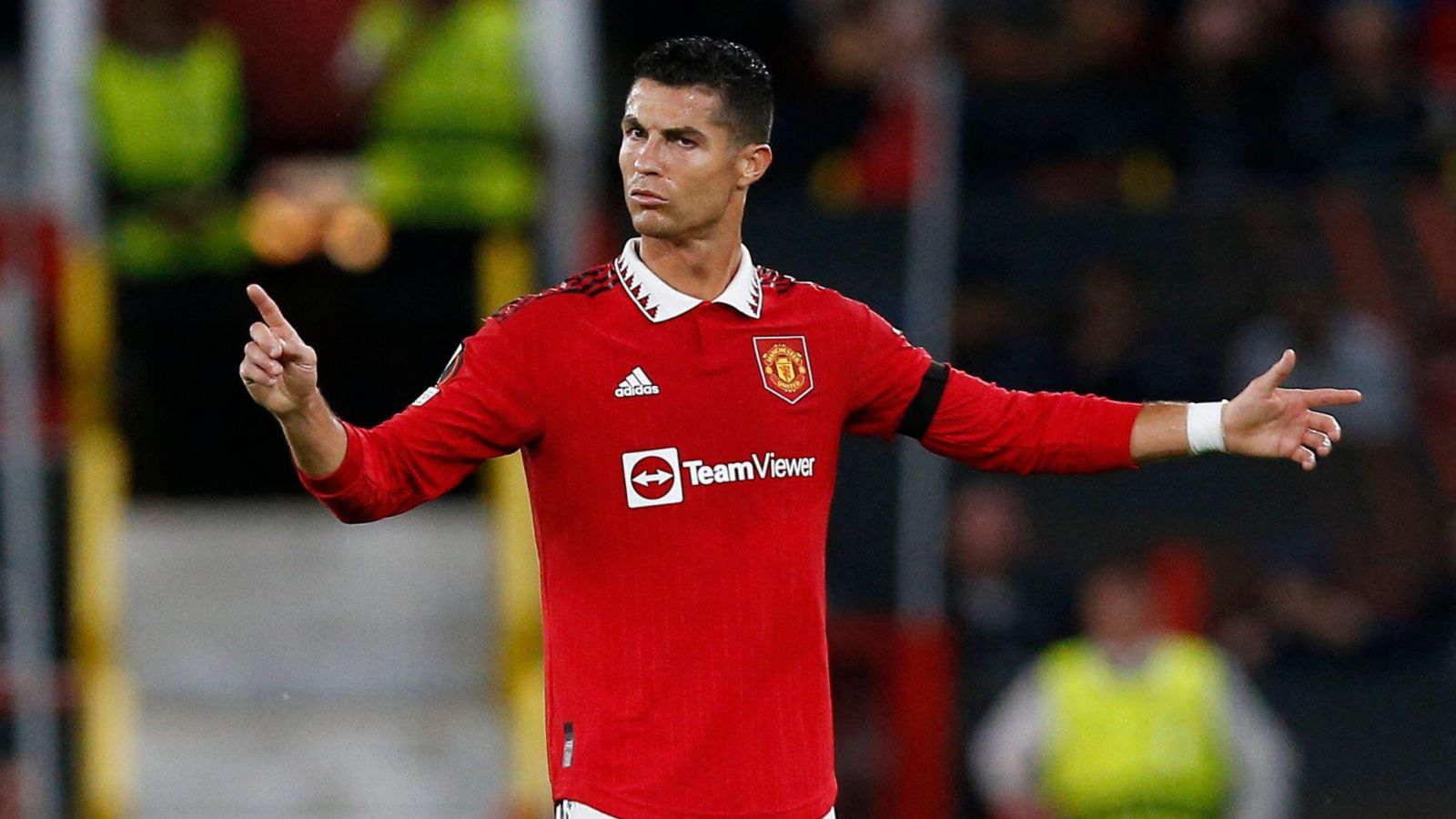 President of the Saudi Arabian Football Federation Yasser Al-Misehal says he “would love to see a player like” Manchester United striker Cristiano Ronaldo move to the country.

The Portugal international told the Man United hierarchy back in June that he wanted to leave the club in the summer to continue playing Champions League football.

United finished sixth in the Premier League last campaign, meaning they’re playing in the Europa League this campaign, and Ronaldo wanted out.

However, with the transfer window now shut and the rumours subsiding, Ronaldo seems to be knuckling down and concentrating on his performances on the pitch.

Erik ten Hag has started him on the bench for five out of the opening six Premier League matches but he did hand him a start in their 1-0 loss to Real Sociedad in the Europa League last week.

There was little in the way of concrete offers for Ronaldo in the summer, despite his pleas to move, with Chelsea and Napoli showing tentative interest.

Saudi Arabian champions Al-Hilal apparently made an ‘obscene’ offer to snap Ronaldo up while there were rumours Al-Nassr also tried for his services.

Champions League football is a big deal for Ronaldo and Al-Misehal admits a transfer to Saudi would be a “very expensive deal” to pull off – but he hopes the Man Utd striker will move to the Middle East one day.

“We would love to see a player like Cristiano Ronaldo playing in the Saudi league,” Al-Misehal told The Athletic. “It would bring a huge positive feedback and it would be big news for everyone. I’m sure everyone knows the achievements and records of Cristiano Ronaldo, but also as a player who is a great role model.

“I think, ‘Why not?’. I’m sure it would be a very expensive deal, of course, but we can see our clubs getting higher revenues in the past couple of years. We have already seen some big players who used to play in the Premier League come to the Saudi league.

“I like Cristiano Ronaldo as a player and I would like to see him play in Saudi Arabia.”

Asked whether a move to Saudi Arabia would be feasible in January, Al-Misehal added: “To be honest, I don’t have the answer. If I was the president of a club, I could give you the answer. But my colleagues at the clubs don’t have to share their negotiations with me.

“It wouldn’t be an easy transaction for a Saudi club or even for him, but we would love to see him or even some other top players of the same level.”