Real Madrid have been told to pursue Kylian Mbappe by former striker Ronaldo. 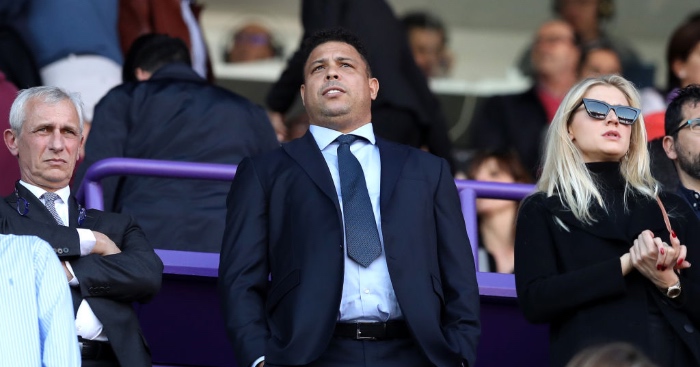 Both players have been linked with a move to La Liga after dominating the French league with champions PSG in recent seasons.

The pair are set to play in tonight’s European final against Bayern as they aim for their first Champions League trophy.

And now, speaking at a Santander webinar (via Mirror), Ronaldo has urged Real to prioritise Mbappe ahead of his teammate: “Right now, it is not that one is better than another, but if Real Madrid had to make a big investment, they should do so thinking about the future.

“Neymar is 28 years old and Mbappe is 22. As an investment, it would be more logical to bring in the younger of the two.”

Neymar has previously been linked with Real as part of a potential swap deal for fellow Brazilian Vinicius Junior. He’s also been heavily linked with a return to Barcelona, where he played between 2013 and 2017.

Neymar signed for PSG for a reported £200 million and has since scored 47 goals for the club.

Meanwhile, Mbappe has mainly been linked with Real and Liverpool. The 21-year-old has already reached 51 goals for the French side, despite playing just 49 games.

His goalscoring abilities mean he’s now being touted as the future best player in world football.

Zidane’s side are yet to make a move for either player, despite the rumours. They will want to bring in some big signings this summer as they aim to retain the La Liga trophy next term.

Real fans will be hoping that star signing Eden Hazard begins to repay some of the money that the club paid for him. He was brought in for £103 million from Chelsea but only registered one goal during the 2019/20 season.

Hazard’s teammate Gareth Bale has been linked with a surprise loan return to Spurs this summer, after being phased out by Zidane.