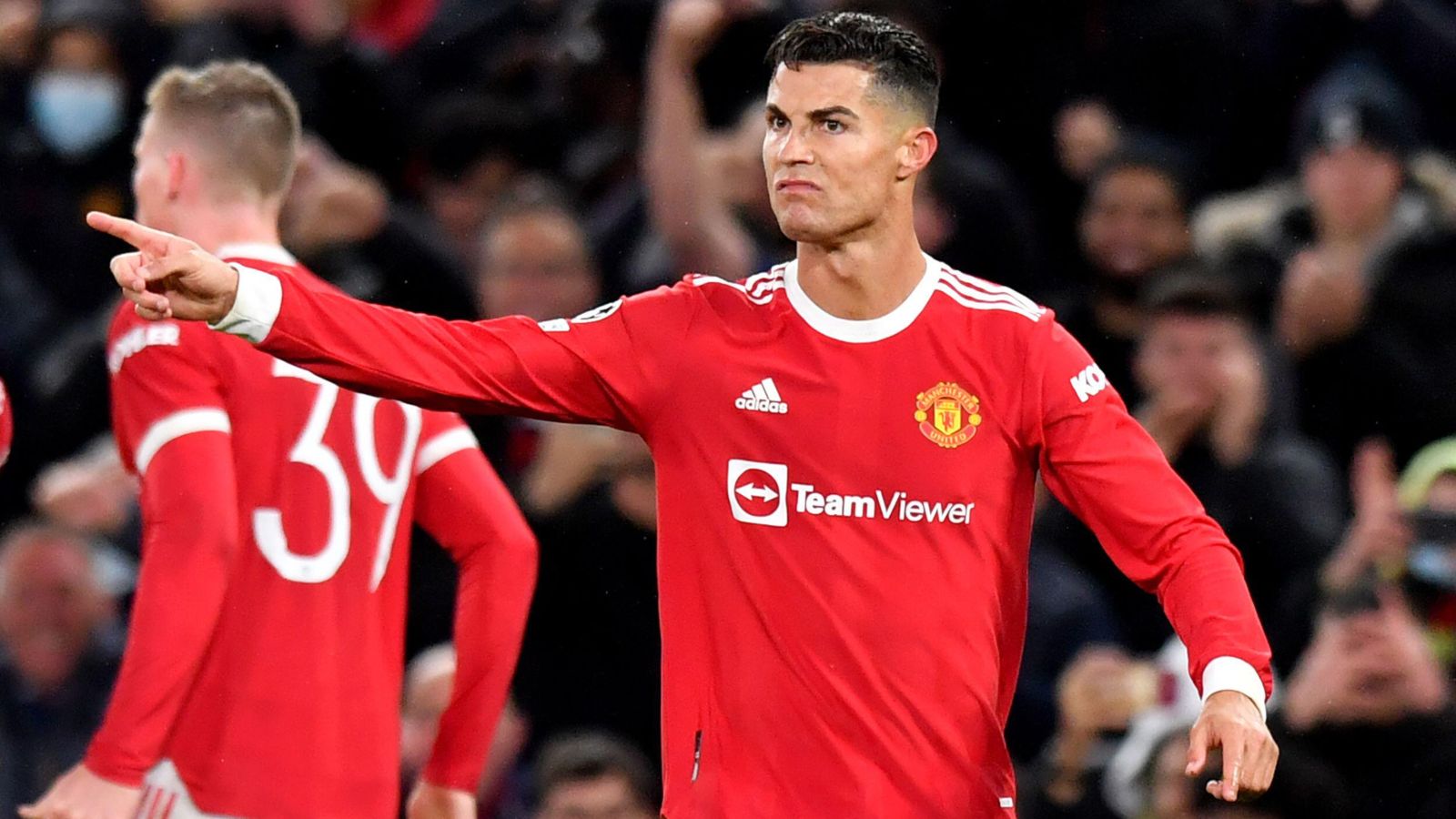 Cristiano Ronaldo is concerned about the transfer plan at Man Utd and could consider his future this summer, according to reports in Spain.

The Portugal international returned to Old Trafford last summer to much fanfare with the signing of him, Jadon Sancho and Raphael Varane expected to catapult the Red Devils closer to challenging for the Premier League title.

However, Man Utd had a disastrous season with the club finishing sixth, 13 points off fourth-placed Tottenham and 35 points adrift of champions Man City, after sacking Ole Gunnar Solskjaer in November

Erik ten Hag has joined the club as the new manager for next season but his summer overhaul of the squad is yet to take shape despite Man Utd being linked to numerous players.

Widespread reports have indicated Barcelona midfielder Frenkie de Jong is Ten Hag’s main target this summer with Man Utd ‘bullish’ that they will get the deal over the line.

Ajax trio Lisandro Martinez, Jurrien Timber and Antony have all been linked in recent weeks with Brentford’s Christian Eriksen, Southampton’s James Ward-Prowse and Porto’s Evanilson all linked over the last couple of days.

However, Man Utd are yet to make a single signing, while Premier League rivals Man City, Liverpool, Tottenham and Arsenal have all got some early business done.

And now Spanish newspaper AS claims that United’s ‘passivity’ in the market has caused Ronaldo to ‘rethink his continuity’.

After last season’s ‘nightmare’ in which Ronaldo still managed to score 24 goals in 38 matches in all competitions, the Portugal international had hoped for some serious investment this summer.

But the future ‘does not seem much more hopeful’ for Ronaldo and Man Utd with the striker ‘worried’ he won’t be able to crown his potential ‘last season in the elite’ with a title.

Ronaldo ‘was determined to fulfill the remaining year of his contract’ at Old Trafford but AS insist ‘at the moment he has doubts’ he will stick around.

Man City’s signing of Erling Haaland and Liverpool’s purchase of Darwin Nunez ‘make Cristiano fear that Manchester United’s disadvantage with respect to its rivals could be even greater next year’.

It appears that the current recruitment drive is not going to provide the kind of players Ronaldo ‘considers necessary’ with the Man Utd striker’s future now ‘going to depend largely’ on how they perform in the market over the next month or so.