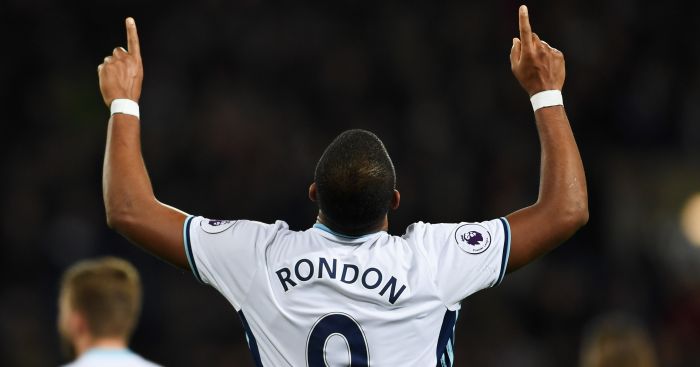 Newcastle United are on the verge of signing Salomon Rondon from West Brom.

Rondon was left out of West Brom’s squad for today’s game against Bolton, and BBC Sport claims that his move to St. James’ Park could be completed by the end of the weekend.

The Venezuelan striker has long been linked with a move to Tyneside, as Rafael Benitez seeks to upgrade his striking options.

Yoshinori Muto has already joined from Mainz, but the Spanish coach is keen on an additional reinforcement.

Rondon has scored 24 Premier League goals in a three-year spell with West Brom, seven of which came last season.