Home All The News Rooney crocked for ‘up to two months’ 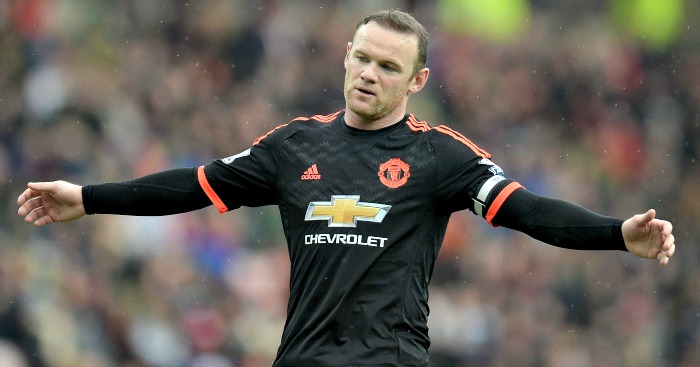 Wayne Rooney will miss one-two months of football with knee ligament damage after being left out of Manchester United’s Europa League squad to face Midtjylland.

“We have 13 players out and Wayne is one of them,” Manchester United manager Louis van Gaal told the club’s official TV channel.

“You can never say [how long he could be out for]. He has a knee problem so we have to wait and see.

“Mattro Darmian has a dislocated shoulder. It’s not the heaviest type so we are lucky, but he is injured and out.

“Borthwick-Jackson is ill and cannot play either, so we have 13 players injured or not capable of playing.

“I have never had that amount of players injured [before]. When you realise that they are only contact injuries – only Marouane Fellaini maybe has a muscle problem, the rest have contact injuries – it’s unbelievable that we are very unlucky.

“Wayne [is a player] who wants to go until the end and if he is feeling pain, he doesn’t want to go away [off the field], and certainly when you are drawing a match, he wants to win. That’s a fantastic attitude but also it’s bad for his body.”

The striker played the full 90 minutes against Sunderland on Saturday but has since been ruled out for at least six weeks – which would see him return in early April.

He will miss England’s friendlies with Germany and Holland as well as at least eight United games, including Premier League clashes with Arsenal and Manchester City.

Rooney is notoriously slow to regain fitness and form so his absence will be a worry for both Louis van Gaal and Roy Hodgson.

He is United’s top scorer with 14 goals this season in all competitions.

Anthony Martial is likely to move central in the absence of any other United striking options.

Rooney out for two months…you can only laugh at the idiots who decided not to replace the outgoing strikers adequately. Dickheads.