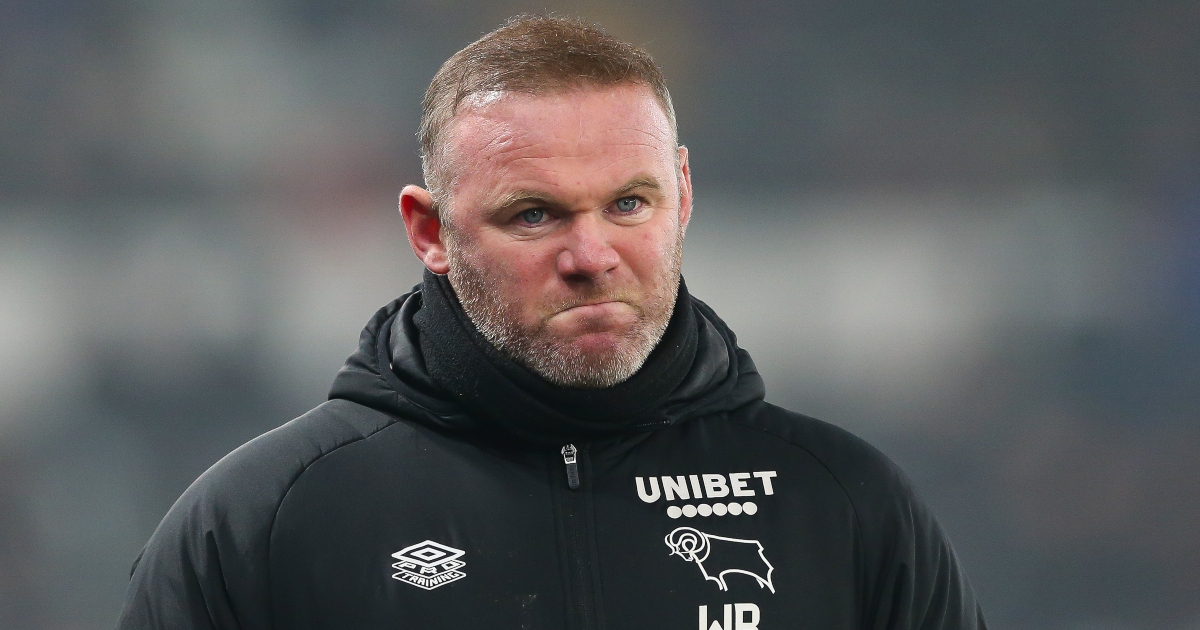 Derby County manager Wayne Rooney admits he is flattered by reports linking him to the vacant Everton managerial position but revealed there has been no contact so far.

The 36-year-old former Toffees striker has been linked with the job following Rafael Benitez’s dismissal.

The ex-England international’s stock has risen after keeping the Rams in contention for survival in the Championship despite being docked 21 points for entering administration and breaching financial regulations.

Rooney said: “I’m the same as everyone else, I see the speculation on social media and in the newspapers. Of course Everton is a club I grew up supporting.

“I’m flattered to get brought up in those conversations, but I know Everton know that to have any communication with me they have to go through the administrators.”

Rooney’s ties to Everton run deep. He joined the club as a nine-year-old and made his first-team debut aged 16 in 2002, before moving on to Manchester United two years later.

Other young managers, such as his England team-mate Frank Lampard, have found it hard to resist the call of a former club, even when it has come early on in their managerial career.

Rooney agreed that “everyone loves a fairytale” but insisted his focus was on Derby’s clash with bitter local rivals Nottingham Forest on Saturday lunchtime.

The Rams are eight points from safety heading into the clash at the City Ground and he said: “I must treat this game with the utmost respect.”

Rooney’s former teammate Rio Ferdinand has tipped the former Everton man as the ideal candidate for the Toffees.

“It’s difficult because each name brings different value to the club,” Ferdinand said (as quoted by the Liverpool Echo).

“Rooney jumps out at me because of the fantastic job he is doing at Derby. The resources he has to work with there are crazy, and there is a lot going on off the field.

“If he joined Everton, he would leave a job unfinished [at Derby] and I don’t know if Wazza would be comfortable doing that. At the same time, getting the opportunity to manage at Everton, can he turn that away?

“Out of all the names, Wayne Rooney is the one that the fans would be going crazy about.

“Mourinho and Potter, I don’t think they would get. That leaves Frank Lampard, Rooney and Martinez. I’d be equally happy with Wayne or Frank.”