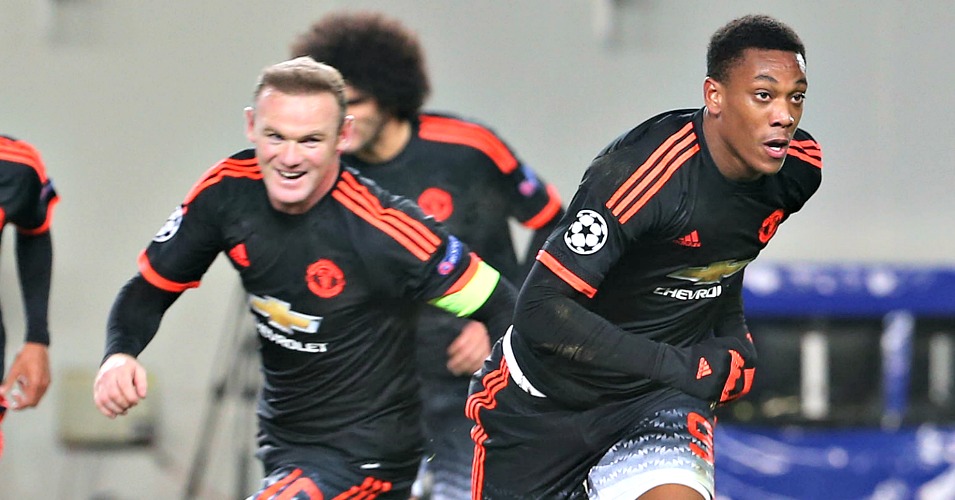 Wayne Rooney hopes that the injury suffered by Manchester United striker Anthony Martial for France is not as serious as first thought.

The United team-mates went head-to-head on Tuesday in a poignant friendly between England and France, edged 2-0 by the hosts at Wembley thanks to goals from their captain and full debutant Dele Alli.

Now, though, the attention turns back to club matters and Rooney’s understandable concerns over Martial after going off in the 67th minute with a foot injury.

France manager Didier Deschamps said the 19-year-old was in “quite a bit of pain” and was pictured leaving the ground on crutches, with his left foot in a bandage.

Martial has scored five goals for United since his £36million move from Monaco and, with strikers in short supply at Old Trafford, Louis van Gaal cannot afford to lose the Frenchman for too long.

For that reason, Rooney hopes his team-mate will be back in action soon, if not Saturday’s trip to Watford.

“From a personal point of view, and from Manchester United’s point-of-view, I hope he is okay,” Rooney said after England’s win. “I will try to ring him.”

Martial played well at Wembley, but it was another 19-year-old who stole the show on Tuesday night.

Six months ago Alli was playing League One football for MK Dons, but the midfielder did not struggle for one moment on his full international debut at Wembley.

The teenager won the with a crunching tackle and exchanged passes with Rooney before banging a long-range drive into the top corner in the 39th minute.

And the former MK Dons dispossessed Paul Pogba to set up the move that led to Rooney’s strike in the second half.

Much has been written about the paucity of home-grown talent in the English game, but Rooney believes there is a group of exciting players coming through the ranks now who can become England stars.

“That is what I have been saying throughout the last 18 months,” he said.

“I know the World Cup was not great, but before the World Cup you could see the players who were coming through and training with us and I think we have come together since that World Cup and shown good signs.

“We have to get better, of course, but we are showing good signs and if we can keep improving, it is exciting for us.”

It is such displays that led Roy Hodgson to warn his injured stars that they will have to battle their way back into his plans for Euro 2016.

“Loyalty is an important quality and one should never dismiss the value of loyalty from player to coach and coach to player but it is a world in which unfortunately if you want to keep your place in the team you have to be playing to a very high level especially when other people are doing well around you,” the England manager said.

“I would never be able to pick a team on loyalty alone. I would have to pick the best players at the time and against France someone like Dele Alli and Eric Dier, were really good.