Home All The News Rooney: I chose Man United over Chelsea, Newcastle 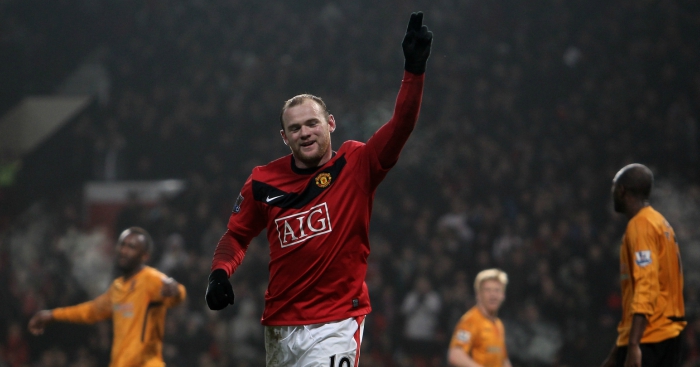 Premier League legend Wayne Rooney has revealed that he opted to join Manchester United over Chelsea and Newcastle United.

Rooney broke into the Everton first-team aged 16 during the 2002/03 campaign. Early into his professional career, he established himself as one of the most exciting prospects in the country.

The forward made 37 appearances during his debut season and he made 40 outings in his second campaign for Everton.

F365 FEATURES: Jones plight shows that football has a lot of learning to do

In that time, he scored 17 goals and he had some fantastic performances. He also shone at Euro 2004 for England. Rooney became the youngest ever player to score in the competition with his brace against Switzerland in the group stages.

The striker signed for Man Utd that summer in a deal worth £25.6m. This fee was the largest ever paid for a player under 20 years old, as he was just 18 when he left the Toffees.

Speaking on the UTD Podcast, Rooney confirmed that Chelsea and Newcastle were both also keen to sign him:

“I knew it [joining United] was an option before Euro 2004. I knew Manchester United wanted to sign me.

“I think going to the Euros and doing well there probably added a bit more money onto the transfer fee but I broke my foot and found out a few things.

“Everton were really struggling for money at the time and I found out they were listening to offers from people as well.

“They were trying to push me to sign for Chelsea because they were going to pay the most money. But, once I knew United were interested, I wanted some confirmation that they did want to sign me.

Once it became clear that Man United were interested, that was the only place Rooney wanted to go.

He added: “It was 40 minutes from my home, where I grew up, as well and it was a perfect fit for me. United actually wanted to wait a year, until the following year, but then Newcastle came into talks with Everton and with myself.

“I spoke to them, we spoke about salary and what I wanted if I went there was, after a year, if Manchester United come in, you have to let me go.

“Newcastle were agreeing to that but obviously, with United, I went back to them and said, if you don’t do it now, I’ll go to Newcastle with a clause in place. United obviously didn’t want me to go there so I came here.

“It was basically whatever Newcastle paid for me, United would have paid a year later.”