Home All The News Rooney names best Man Utd player: ‘You couldn’t get near him’ 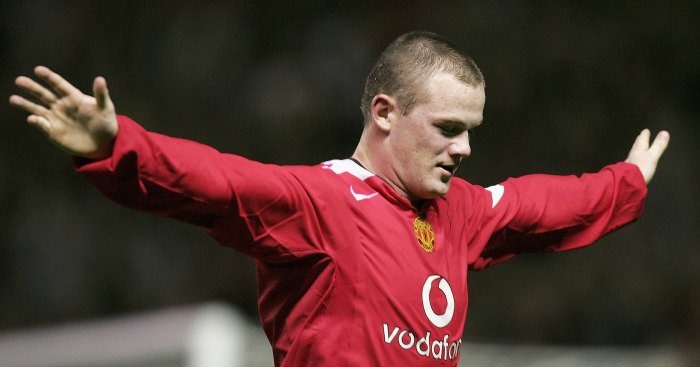 Wayne Rooney claims Paul Scholes was his greatest Manchester United teammate and reveals how he “studied him” before moving into midfield.

The now Derby caretaker boss was speaking to the official Manchester United podcast, and also revealed the teams he almost joined and how he smashed up Ravel Morrison’s phone because he was a reserve.

United and England’s all-time record goalscorer played alongside some of the biggest names in Europe in his time at Old Trafford, winning five Premier League trophies and the Champions League in 2008.

But of all of the great players he played with, he says Scholes was the one he admired the most.

“Scholesy, I think, obviously Ronaldo has gone on, him and Messi, to probably be the best two players to ever play the game,” Rooney said.

“But I just think at the time, Scholesy was brilliant.

“The things he could do with the ball, he obviously weren’t the quickest but he was so sharp you couldn’t get near him.

“I remember knowing that at the backend of my career I’d be going back into midfield so I was almost studying him and watching him in training and games.

“It was brilliant for me, first hand, to watch him and learn.”

“I’d say more Giggsy I had that [telepathic understanding], Giggsy would give the ball quite a bit, but it was always trying to play us in, and I loved that,” Rooney added.

“I wouldn’t mind players giving the ball away trying things.

“Scholesy was more about controlling the game for us, he was brilliant at things that the fans probably won’t see.

“Letting players come on to him and then throwing them out the game, small things he was doing for the team that was priceless.”