Home All The News Rooney on criticism, loan rumours and DC United 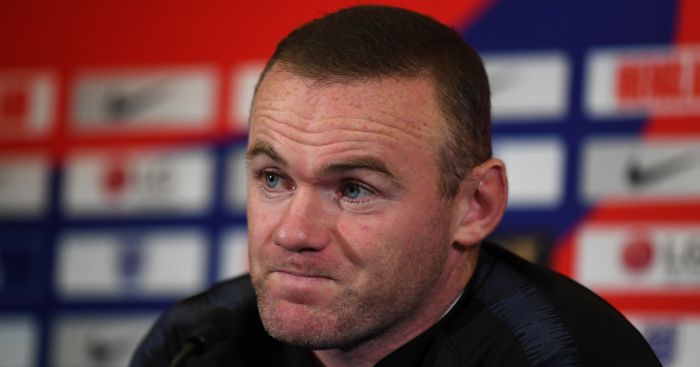 Wayne Rooney understands why his international return has divided opinion, but England’s all-time top scorer will not allow criticism to spoil an occasion he hopes will become the norm for future greats.

No outfield player has represented the Three Lions more than the 33-year-old, yet the announcement of his one-off comeback appearance against the United States, where he now plays for DC United, has been met by some disapproval.

All-time cap holder Peter Shilton and former interim England boss Stuart Pearce have been among the high-profile critics of the decision to recognise Rooney‘s contribution with a 120th and final cap, two years after his last appearance against Scotland.

The forward is not letting that background noise detract from a friendly that will support the Wayne Rooney Foundation, with the forward honoured to be recognised in a way that he hopes future stars will get the chance to follow.

“I think everyone is entitled to their opinions,” Rooney said.

“The most important thing is, speaking with the FA, we both felt it was right.

“The players obviously who I have spoke to and the FA (I) have spoken to, they agreed, they think it is right.

“As a country, obviously we haven’t done anything like this before. It’s the first time. I hope that in 10, 15 years’ time, we’re sat here for someone say Harry Kane, who could possibly go on and get the goal-scoring record.

“Then it will be something that happens again and of course it’s something different. I am not asking people to agree with it.”

The tribute was a year in the making, with Rooney rejecting the chance to play a part in England’s World Cup warm-up against Nigeria as he did not want to detract from preparations.

Furthermore, he would never have agreed to face the USA if it impacted the legacy of others.

“If I was in a position where this game was going to take the record off Peter Shilton, for instance, I would never have played in the game,” Rooney said.

“I would never have done that. But I think the game isn’t going to affect an outfield player or Peter Shilton in that aspect.

“So, we felt it was a good opportunity for me to get some minutes again and say a thank you to the fans, but on the same hand also to raise money for underprivileged children who need it desperately. We just felt it was the right time and the right decision to make.”

Rooney struck an authoritative tone as he spoke at length to the media, with his only prickly answer in response to a question about his late-night drinking during his last England involvement.

The 33-year-old also corrected a reporter’s assertion that he had not been called-up since that point, pointing to the fact he retired on his terms when Gareth Southgate tried to recall him in August 2017.

Rooney’s press conference appearance also included lighter moments, such as when he was asked whether he would shed a tear on Thursday – or indeed if he remembered the last time he cried.

“Yes,” he replied. “It was on the plane yesterday with my four kids, trying to get them to sleep!”

Rooney cannot wait for his four boys to see him take the field in an England shirt one last time, especially the fact his youngest Cass Mac will be in the ground, before the family continue their new life in Washington.

The forward is enjoying making “new memories” Stateside and his commitment to DC United means Thursday’s encounter could well be the last time he plays on English soil.

“I made the decision to obviously go to the States, and when I make a decision then I tend to stick with it,” Rooney said.

“It’s important to me that I give my full commitment to DC, so obviously I’ve seen talk of a loan move back here, which I’m not prepared to do. I’m finding my feet in the States and my children now go to school there, so it wouldn’t be fair on them for me to come back and have them moving back and forward. No (there is no chance I will come back to English football). I’ll finish my career there.”

For now, though, the focus is on the past. Rooney insists that he was never concerned about shirt number, captaincy or whether he started this Thursday, just the chance to run out in front of the England faithful one last time.

“I’ve always been good almost focusing on what my coaches want and what I feel I can give myself,” added Rooney, who will address the players at some point in the coming days.

“But sometimes you do put too much on yourself, which sometimes does affect your performances My time has been and gone. Some good games, some bad games. That’s the story of my England career. I’ll take away being the record goalscorer and representing my country 119 times and feeling immense pride doing that.”