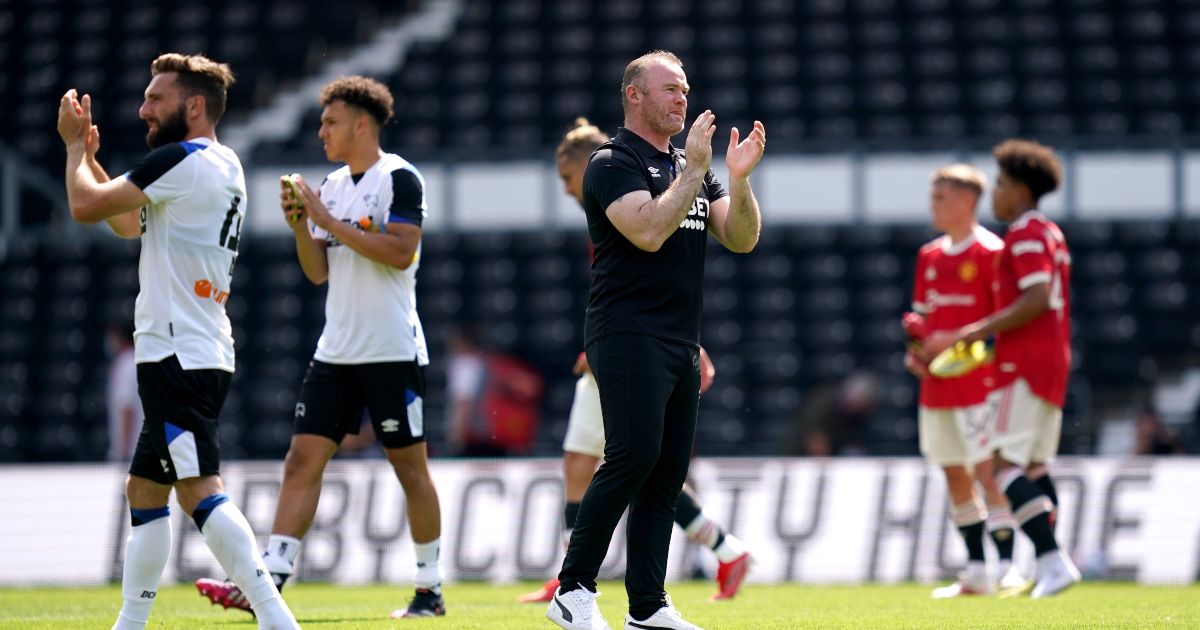 Ole Gunnar Solskjaer confirmed yesterday that the Red Devils were hoping to wrap up a deal to sign Borussia Dortmund winger Sancho, with just a “couple of things” to finalise.

“I don’t think it is a secret that we have made a deal with Dortmund,” he said. “We are working on it. There a couple of things (to complete) on the paperwork.”

Man Utd began their pre-season programme with a 2-1 friendly win at Derby – who are managed by United legend Rooney – on Sunday.

The Red Devils won with goals from Birmingham-bound Tahith Chong after 18 minutes and his replacement Facundo Pellistri on the hour. Colin Kazim-Richards pulled one back for the Rams 20 minutes from time.

And after the match Rooney gave his verdict on the imminent arrival of Sancho at Man Utd, he told Sky Sports: “He scores goals, creates goals, so I think it’s a very good signing.”

🗣 “He’s a fantastic player, he’s been excellent at West Ham”

Wayne Rooney backs Jesse Lingard to get back to his best in a Manchester United shirt 💪 pic.twitter.com/pUMZ3HRLRc

There have been rumours that Real Madrid centre-back Raphael Varane and Atletico Madrid right-back Kieran Trippier could follow Sancho in at Old Trafford.

“I think there will be a lot of pressure, which there should be with Manchester United,” Rooney added.

“Sancho coming in, they are rumoured to be in for a few more players.

“They are in a period now where the fans will be wanting success, silverware, and Ole and his coaching staff will be under pressure to deliver that.

“[Manchester] City, Chelsea the Champions League winners, Liverpool, there are some very good teams, but you can see with Manchester United they are getting gradually better.

“I think they will be in a place where they really will challenge next season.”

“Jesse is a Man Utd player,” said Solskjaer of the 28-year-old, who hit the woodwork against Derby. “He wants to fight for his place. He has come back bright, bubbly, loads of energy, confident.

“Everyone saw what he did towards the end of last season at West Ham. He is still in my plans.”