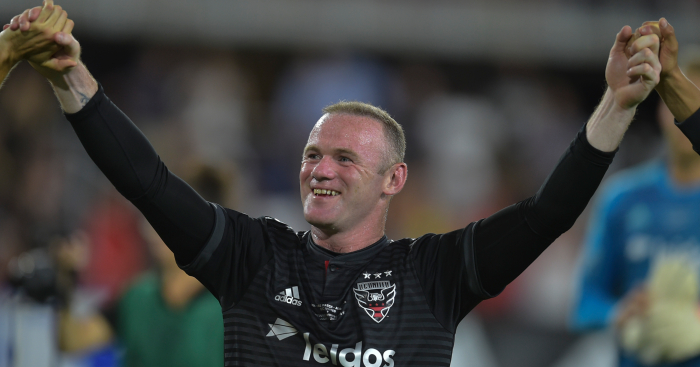 Luciano Acosta scored a hat-trick in United’s 3-2 win but Rooney stole the show with a moment of late brilliance.

With 96 minutes on the clock, Orlando looked set to snatch all three points at Audi Field when they launched a counter attack with DC goalkeeper David Ousted pushed forward for a corner leaving an unguarded net.

Will Johnson broke free and had the goal at his mercy but Rooney sprinted back and won a last-ditch tackle just by the half-way line to prevent a certain winner.

Not content with just saving his team, Rooney then advanced forward and played a ball back into the penalty area where Acosta headed home the winning goal.

In Toronto, New York City were also 3-2 winners as a superb 88th-minute strike from Ismael Tajouri-Shradi saw off the 10-man hosts.

Jozy Altidore was sent off after 11 minutes and David Villa soon opened the scoring. Sebastian Giovinco, Tajouri-Shradi and Victor Vazquez traded goals and it looked like it would end in a draw before Tajouri-Shradi’s thunderous late effort settled things.

New-signing Dominique Badji cancelled out Chad Marshall’s headed opener before a curling free-kick from Nico Lodeiro won it for the Sounders. Reto Ziegler was sent off in injury time as the match finished on a sour note.