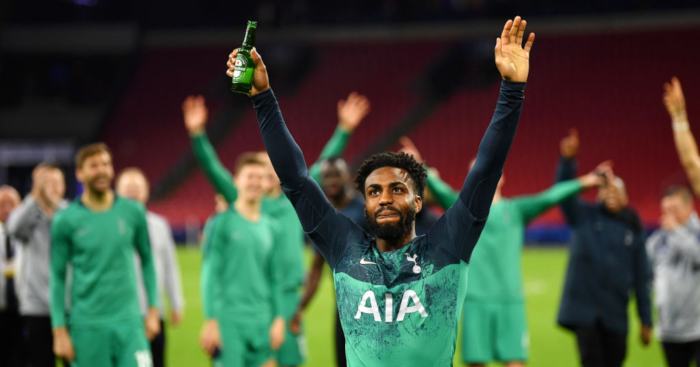 Danny Rose has labelled Ruud Gullit as “rude” and told him to “eat his words” after Tottenham came from behind to knock Ajax out of the Champions League.

Twenty-four hours after Liverpool’s comeback against Barcelona, Spurs were dead and buried at half-time of their semi-final second leg in Amsterdam as they trailed 3-0 on aggregate.

But Lucas Moura completed a stunning second-half hat-trick, with the third coming deep into injury time, to sends Spurs through to a first ever Champions League final on away goals and spark amazing scenes in the Johan Cryuff ArenA.

After the first leg, former Dutch midfielder Gullit criticised Tottenham on beIN, picking out Rose and other players over their performances.

And following Spurs’ stunning victory, Rose had a response to Gullit’s criticism.

“Seeing people’s comments like Ruud Gullit, after the first game, and how rude he was,” Rose said.

“It’s nice we fought back tonight and hopefully shut him up.

“He was very critical of individual players and saying how bad we were technically and he’s bang out of order for that.

“That was fuel to the fire and hopefully he eats his words after tonight.”