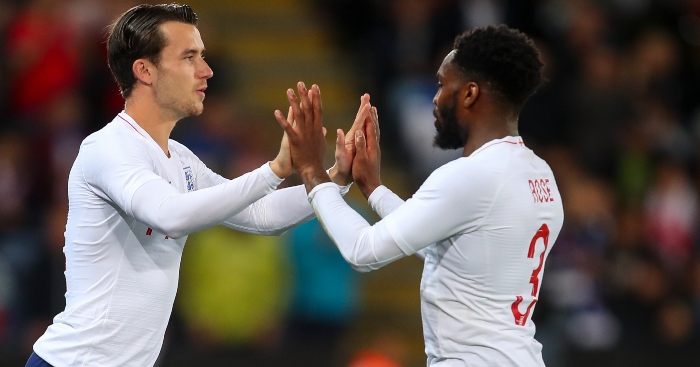 There’s no football and it’s grim outside so send us a mail: theeditor@football365.com…

Thorny Rose issue
Danny Rose was garbage again on Friday in the latest in a long line of crap performances. He looks completely shot.

The lad has had his struggles and he should be commended for speaking out about the racism he has faced playing for England. But Rose has also talked about wanting to leave Spurs while undermining his chances of making that happen by talking about how much he dislikes football and he can’t wait to see the back of it.

If he needs a new challenge, who is going to give him one in the knowledge that he can’t be arsed with the game anymore?

Rose is having one of those spells that any player can have but since he can’t/won’t hide his lack of enthusiasm for the game, can anyone see really see him lifting his performance levels back to what they were, especially while Spurs are having a nightmare? Southgate always talks about England players needing to be in form for their clubs, so Ben Chilwell’s time is surely coming.
PB

Has anyone bothered to tell Gareth Southgate? Since the World Cup, when he told the world that England would be playing with three at the back, England have chopped and changed from that, to 4-3-3 to 4-2-3-1 leading to that clusterf**k on Friday.

The Euros are nearly upon us (sort of) but still Southgate doesn’t seem to know what is his best formation. We were supposed to be past this.

Whatever. Bring on Bulgaria.
Harry, Darlo

Calm down, calm down
You would think England had failed to qualify based on the comments in the mailbox.

Honestly, it was a bit of a wank performance in a difficult away fixture. It happens to the top teams every so often. We still have one of the most exciting, young squads in world football and we will still qualify.

Chill the f*ck out.
Theo

Numanu
Is comparing something to Man Utd the new bore draw of mailbox entries?
As much as I’ve longed for this day as a Liverpool fan I gotta say it’s getting pretty old already.
But if tedious and barely tenable comparisons are the order of the day let’s give it a spin shall we..

Reasons things are the numanu

Smartphones:
They used to be cool and exciting but now they rot your brain and make you feel anxious all the time, numanu

Music:
Used to be all about homegrown bands, gigs and mix tapes then the corporations took it over and now its about mass production and streaming meaningless dirge, numanu

Exercises bikes:
Looked like a great idea before you bought them, now they sit around the house uselessly unless you put clothes on them or summat, like Alexis Sanchez, numanu

Solar panels:
Cost a fortune, have a large reflective surface, promised to be the future but aren’t quite what we thought they’d be, like slabhead, numanu

Hoverboards:
You thought they fly around the place doing cool tricks, revolutionizing how you play and being the envy of all your mates, they dont, like Pogba, numanu

Britain:
Used to rule the world, now is run by a bunch of short sighted imbeciles out of touch with how everything around them has changed has changed, numanu

Life:
Used to be you were young, daring and everything was possible, then that part of you just went away one day and boredom, routine and mindless duty took its place, like when Fergie left, numanu

Lots of other crap things you don’t like: Like Angel de Maria, Morgan Schneiderlein, Eric Bailly, Anthony Martial and anyone else manu signs and makes worse before they sort out their owners, club culture, identity and manager, numanu
Dave LFC

No end in sight
Paul Murphy, Manchester on discovering how the entire world thinks he’s stupid comes back to let us know it was all a big joke and he meant nothing he said. Trump will be taking note for his future legal troubles I am sure.

Your assumption that money solves all is equally laughable, despite this being your grand attempt to restore some semblance of credibility. That point only holds true if you’re rich enough to out rival your competitors. The trouble is that football careers are quite short so you can only attract a certain type of player who is willing to take the step down to play Europa League football. Although Daniel James is good, did anyone rival you for his signature? And if someone decent had wanted him, would he really have signed for you?

To make matters worse for Man Utd, football is increasingly global. There was a time when they could cherry pick the best talents from rival English teams and yet now it seems that they’re competing with 5 other top English teams for those players (compared to 1 or 2 for most of the past 20 years) and also a bunch of German/Italian and Spanish teams.

Football is a game with a lot of variables determining success. There’s nothing to stop Rashford discovering a rich vein of form and firing Man Utd into the top 4, but currently Man Utd look to have no decent structure to their management, I suspect that coaching techniques have moved forward since Phelan was previously heavily involved and it feels like Man Utd are 6 months away from lurching in yet another new direction in search of immediate success. Ultimately the Glazers are rich and Woodward is responsible for that so hoping that those egos will suddenly recognise their own faults is optimistic at best. Whilst that persists, success may only be fleeting and hard to sustain.
Minty, LFC

Let The Sun go down
Seriously, as a Scouser I obviously have my reasons to not even be within 20 miles of a Sun newspaper but what really puzzles me is how on earth this disgusting newspaper is still so widely read. Now I would never judge a person because they read the Sun if they aren’t from Liverpool because at the end of the day what they published hasn’t affected you. But Hillsborough aside all I ever hear from that paper on mediawatch is evil things. Not just having a pop at someone but really evil stuff. The whole of my city has banned this paper why don’t we take a stance as a country and close the whole thing down. It is evil, nasty. Mediawatch shouldn’t even mediawatch it because by doing so people will want to read the actual article in question thus giving them clicks. Once and for all let’s get this horrible vile out of this country and if you are off to go and buy a Sun newspaper f*ckin shame on you.
Ryan, Liverpool