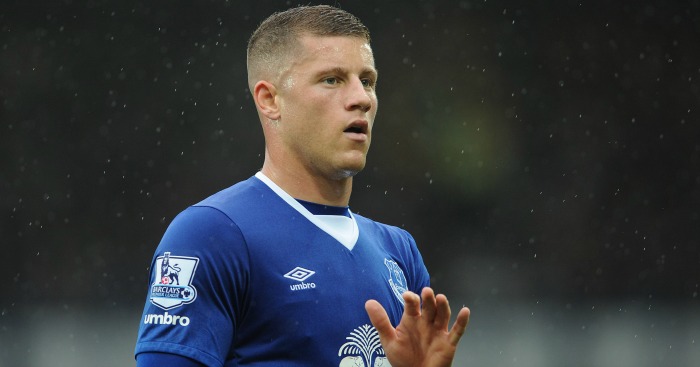 If reports in Sunday morning’s papers were to be believed, Everton’s fixture at Old Trafford was Ross Barkley’s Manchester United audition. He didn’t so much forget his lines as trip up even walking onto the stage. He then mistakenly muttered the word ‘tw*t’ into his lapel microphone to the disgust of his judges.

Stories linking Barkley with a move to United are hardly fresh, barely raising an eyebrow anymore. A news story from April 30, 2012 suggested that Sir Alex Ferguson would go up against Chelsea for his signature. That story included a quote from Martin Keown: “Barkley will be one of the best players we’ll ever see in this country.” No pressure.

Almost four years on, and we’re still waiting, wanting, hoping. Barkley clearly has the requisite talent, but still not the consistency. He has scored eight Premier League goals during this semi-miserable Everton season, one of the club’s better players, but too often drifts through matches. He is gaining a reputation as a highlights player, wonderful in the moments but not yet flourishing over an extended run of games.

Take Barkley’s chance creation, a good measure of a midfielder who evidently prioritises attack over defence. Of the players to have created at least ten chances in the Premier League this season, 48 players do so more often than Barkley (every 54.5 minutes). Only 12 players have taken more shots in the entire division, but none of those have fewer goals excluding penalties (six).

So often, the first ten minutes of a Barkley match defines the other 80, the bubble of confidence either pricked or inflated by his first few actions in the game. At Old Trafford, those first actions were wasteful. Barkley’s passing accuracy during the first half was a measly 62%, a combination of sloppy short passing and attempting the Hollywood ball to little effect. He failed to create a single chance during his 87 minutes on the pitch.

Another concern with Barkley is his response to adversity, a petulance when losing possession that is similar to Jack Wilshere. Arms are thrown into the air in the direction of the referee, a frustrated walk rather than lung-bursting run to atone for the error. That will need to be eradicated if he moves to an elite club.

However, the most damning thing for Barkley comes not in his own game, but in someone else’s. Dele Alli’s remarkable rise has raised our ceiling of expectation of young English players. For three seasons we have been told to have patience in Barkley’s development, but in six months Alli has ripped up the rulebook. He is almost three years Barkley’s junior, and yet has already achieved more.

I am not seeking to write off Barkley’s chances of progression, of course. He has enjoyed a fine season in a struggling side, and will hope to be an integral part of Roy Hodgson’s squad in France this summer. Yet there are relevant doubts about his ability to cope with the type of move that has long been mooted. For £45m, would Manchester United not want a midfielder who is a little more rounded?

Barkley may plead – privately at least – that Roberto Martinez’s tactics are hampering his progress, but the rest of us frown and ponder. Barkley might still be the real deal, as Keown said in 2012, but there’s also a chance he could end up as Mr Just-Not Quite. It’s a common surname in English football.