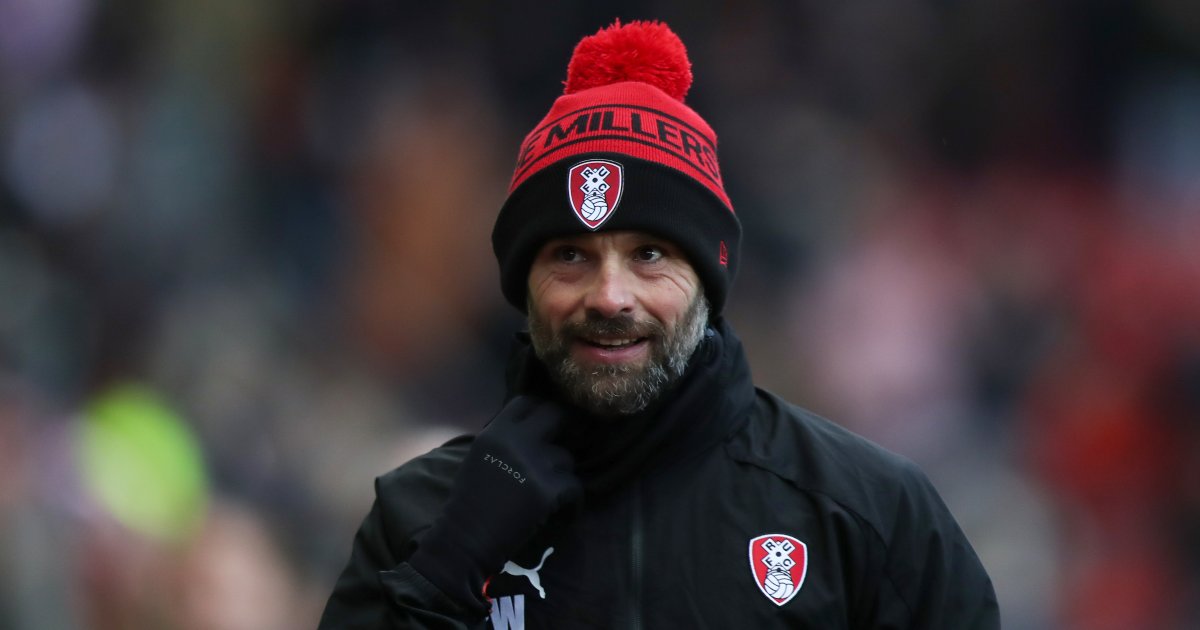 Rotherham United are currently enjoying their bi-annual promotion push from League One. A club record 20 games unbeaten and counting has everybody connected to the Millers dreaming of a sustained spot in the Championship.

Last week against Gillingham, despite going a goal down early on, the South Yorkshire outfit exhibited the qualities that have seen them march up the table after a relatively slow start to the season. The division’s top scorers and tightest defence failed to concede another shot on target while executing almost 30 of their own, scoring five, and managing to miss a penalty for good measure.

If that game separated Rotherham of new from their old counterparts – former double promotion-winning manager Steve Evans was in charge of lowly Gillingham – it did little else to suggest that another crack at promotion from the third tier will result in a different outcome back in the second tier. A 3-1 win at home to Burton followed but we have come to expect this from Rotherham…every other year.

Each of Rotherham’s last three Championship campaigns, in 2016/17, 2018/19 and 2020/21, resulted in relegation, occupying each of the bottom three spots across that trio of seasons. They haven’t finished higher than 21st in any of their last six terms at that level. Establishing Rotherham as a Championship outfit has proven beyond the myriad of managers and owners who have passed through the club.

Last Tuesday’s game against Gillingham brought a reminder of the ghost of seasons’ past, with Evans his usual pantomime villain self on a ground where he had both brought and bought so many good memories. Outthought, outfought and outsmarted by his former fitness coach Paul Warne, Rotherham have fast developed into an unstoppable force in recent weeks.

It is worth remembering that in their yo-yo pattern of either promotion or relegation every May since 2017, League One promotions have been achieved through the play-offs and on points per game in the Covid-hit 2019/20 season. At this stage, there are no guarantees of success. The unbeaten run will end, form will suffer, and digging deeper will be required. But even casual observers of this team will have impressed by the strength in depth and resilience on show at the New York Stadium.

In manager Warne – recently celebrating five years in a job he desperately didn’t want half a decade ago – Rotherham have one of the most likeable presences in the game on their touchline. In sticking to his mantra of signing exclusively ‘good human beings’, the Millers have amassed a collection of excellent players for this level.

But should they make it three promotions from three League One campaigns under Warne, what would make next time in the Championship any different? The last time Rotherham survived a second-tier campaign was under Evans in the middle season of a three-year stint at that level. Evans’ methods have always ranged from unsustainable to illegal. At Rotherham, they appeared to be the former – over 80 players appeared for the Millers in those three-and-a-bit years.

Despite almost entirely breaking up the squad which defeated Leyton Orient on penalties in 2014 to reach the second tier for the first time in nearly a decade, Rotherham remained in the division under Evans, then Neil Redfearn and with great credit to Neil Warnock’s brief yet successful spell at the helm.

Warne meanwhile, who was handed the reins following the ill-advised spells of Alan Stubbs and Kenny Jackett, has always sought to keep as much consistency in his tight-knit squads as possible. Sentimentality might be too keen a word, but Warne has brought a much more favourable and modern outlook to caring for and looking after his playing staff, treating them as human beings over employees.

“He is indispensable at the moment”

You would be hard pressed to find a club with a better atmosphere, at least on an every-other-season basis. If Rotherham United are to make it a hat-trick of League One promotions come May, and they are looking increasingly likely to do so, then they will be back to square one – attempting to stay in the Championship.

Promotion-fighting campaigns are few and far between for the majority of similarly sized clubs, yet the Millers get such joy and thrill almost by the clock.

Eventually, the yo-yo will cease spinning, and Rotherham will likely have a settled spell in one of the two divisions between which they continue to share their time. For now, they will revel in what is proving to be an amazing season, even by their own lofty standards. Right now, as they continue to swipe away almost all before them, that is what matters.