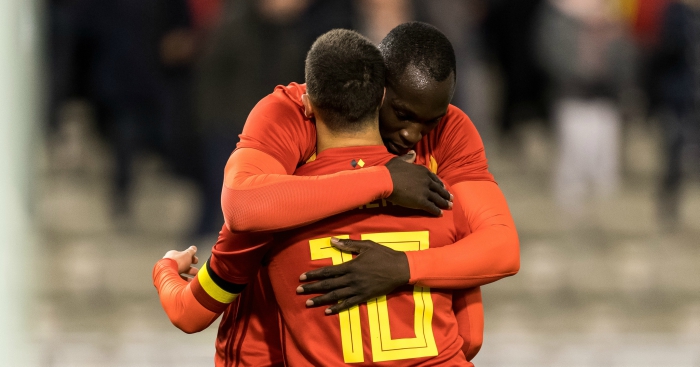 Romelu Lukaku scored twice as Belgium came from behind to secure a 3-3 draw in an entertaining clash with Mexico.

Hosts Belgium drew first blood in the 17th minute through captain Eden Hazard but Mexico were back on level terms seven minutes before the break when Andres Guardado netted from the penalty spot.

Lukaku then put Belgium back in front 10 minutes after the interval, only for Hirving Lozano to score twice in the next five minutes to hand the visitors a 3-2 lead with 30 minutes remaining.

But Lukaku got his second 20 minutes before the end to maintain Belgium’s unbeaten run.

Manuel Fernandes set the ball rolling in the first half before second-half efforts from Guedes and Joao Mario sealed the win.

Son broke the deadlock after 11 minutes before grabbing his second goal just after the hour-mark.

Cristian Zapata pulled one back 14 minutes before the end but the hosts held on to secure victory.

Newcastle striker Aleksandar Mitrovic was on the scoresheet as Serbia recorded a 2-0 win over China.

Adem Ljajic opened the scoring after 20 minutes before Mitrovic put the game beyond China’s reach in the second half.

Antoine Griezmann and Olivier Giroud found the net as France beat Wales 2-0 at the Stade de France, while a young England side fought out a spirited goalless draw with world champions Germany.

Neymar, Marcelo and Gabriel Jesus scored as Brazil warmed up for their clash with England on Tuesday by beating Japan 3-1.

The trio all netted in the first half, with Tomoaki Makino pulling one back for Japan after the break at Lille’s Stade Pierre Mauroy.

Meanwhile, Poland and Uruguay played out a goalless draw in Warsaw.