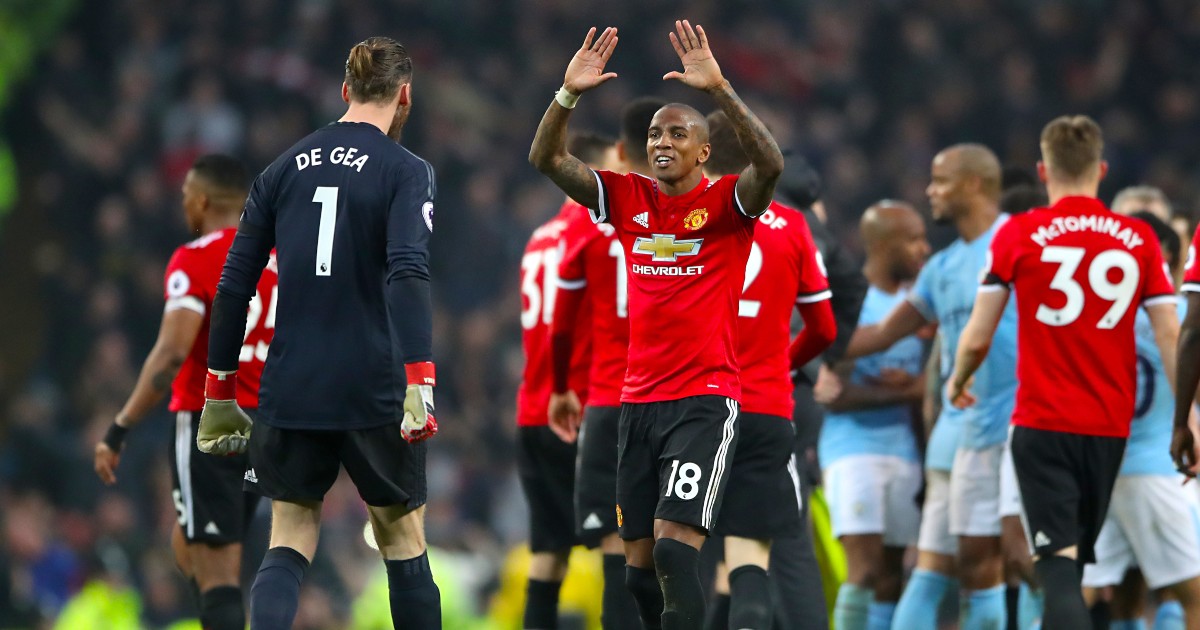 Manchester United might need another rousing speech from Cristiano Ronaldo to get past West Ham. Maybe Paul Pogba could help out…

After the debacle of Young Boys in midweek, will Cristiano Ronaldo have to step up to the plate again on Sunday with another stirring pre-match speech?

One of his teammates is pretty good at this kind of thing, too…

Pogba makes all the right noises for France
There may be question marks about Paul Pogba’s commitment to Old Trafford but the maverick midfielder became Mr. Motivator for his national team during the World Cup in Russia. On at least three recorded occasions he gave a speech to teammates, imploring them to strive for glory. Here’s a snippet before their last-16 tie against Argentina: “Messi or no Messi, we don’t give a s***.”

Sky frontman and Pools fan Jeff Stelling stormed “But I tell you what, the BBC, it was completely unacceptable to have Alan Shearer in the Blyth Spartans dressing room before the game saying ‘there will be heroes this evening on that pitch and make sure it is one of you in the green and white’.”

Shearer joked: ‘Are u sure you want me? We all know what happened at Newcastle’. The England legend must have done something right though; the Green Army won 2-1.

Ashley Young stalls the noisy neighbours
When United came to the Etihad in April 2018, they were a whopping 16 points behind Pep’s new model army. A City victory would guarantee the title and ensure noisy neighbour bragging rights. At 2-0 down, United were the gooseberries ready for a total squashing.

Step forward Ashley Young, who found his inner Roy Keane in the dressing room: “The City fans are shouting ‘Olé’ and they’re embarrassing us. Are we going to stand for that? Remember your responsibilities to the fans and the badge. Show some pride and fight for each other.”

A Paul Pogba-led fightback ensued as United snatched an incredible 3-2 win to keep blue hands off the Premier League title for another day. Jose Mourinho was respectful but couldn’t quite stop the smirk.

Steven Gerrard implores Liverpool to keep standing
Nobody could blame Steven Gerrard for imploring his players to go again in that famous huddle after the dramatic 3-2 win over Manchester City in 2014. Apart from himself, that is.

The Liverpool captain’s stirring words about not letting the title advantage “slip” (sanitised version) came back to haunt him as he did exactly that against Chelsea. From there, it got even worse as Crystanbul ended any hope. As Gerrard later recalled: “I wish I could go back to that day (against City). If I could rewind the clock that would be the day I would go back to and try and go the other way with a bit of calmness and a bit of realisation where we were at that time.”

Still, it made great TV.

Vincent Kompany does some rabble-rousing…in the pub
When local rivals United lost to bottom club West Brom on a sleepy Sunday afternoon in 2018, the Blues became champions for the first time under Pep Guardiola. Vincent Kompany and mates, including Bernardo Silva, John Stones and Kyle Walker, descended on to the Railway pub in Hale to celebrate. Kompany took centre stage with a stirring if rather loose-tongued speech to the startled punters:

“If there are kids in the room, cover their ears or send them out. It’s been a f***ing long journey. Especially if you have been a Blue for more than 40 years in your heart.”

Selfies, the swigging of pints and a few songs followed on a night to remember.

Harry Kane invokes the spirit of ’66 at Euro 2021
Just before the last-16 tie against Germany at a rocking Wembley, Kane was having a tricky personal Euro 2021 tournament. However, this did not affect his motivational skills with his teammates. Even the England senior kitman Pat Frost was moved to tweet: ‘The skipper spoke for about 30 seconds and it was goosebumps…..that’s when I knew we couldn’t lose tonight.’ Just for good measure, Kane scored the second goal, his first of the tournament, to get England dreaming that it might be coming home

Harry Kane (again) makes Spurs axe Ajax
Tottenham’s premier striker was crocked for the two semi-finals against Ajax in the 2019 Champions League. When his team were 3-0 down on aggregate with just one half remaining in the tie, he entered the dressing room. Kieran Trippier revealed that Kane went “mental at us”. The Times claimed it was just 21 words that hit home: “Is this how you want your season to end? Do you want to go out with a whimper or a bang?” Well, Lucas Moura was certainly listening because his second-half hat-trick sent them to Madrid.

What happened next? Don’t go there.

Mourinho leaves the speech to the masseur
As the title race of the 2013/14 Premier League season was entering the final straight, Jose Mourinho’s Chelsea side travelled to the Etihad to face their title rivals Manchester City.

No motivational talk was needed from the Special One. Team masseur and long-standing Chelsea servant Billy McCulloch had taken care of that, even if was in cryptic Scottish.

Mourinho said: “The last time I spoke to them was at lunchtime. It was Billy’s team talk, I’m telling you.

Chelsea won 1-0 to move level on points with City.

Milner rouses the troops
Liverpool were not exactly at crisis point in early March 2020, being a little matter of 22 points clear at the top of the table. However, their overall form was wobbling, with a defeat to Atletico in the first leg of the last 16 in the Champions League, a 2-0 loss to Chelsea in the FA Cup and their invincible run to a first Premier League title well and truly punctured at a bouncing Vicarage Road.

So there was some trepidation when Anfield fell nervous for the lunchtime visit of Bournemouth just days before the return leg with Madrid. Adrian was in goal for the injured Alisson just to add to the fear. In the pre-match warm-up, step forward vice-captain James Milner who soon changed the mood:

“As soon as we lose it there’s bodies around it….Everything we do, highest tempo today.”

All of this while doing stretching that might ping normal muscles. Milner matched words with deeds as the Reds fought back from an early concession to win 2-1. They hung on thanks to spectacular goalline clearance from their man of steel after Ryan Fraser lobbed Adrian. Jurgen Klopp noted: “Milner saved our lives today.”

Martin makes sure Arsenal remain untouched
Like Liverpool in 2019/20, Arsenal’s Invincibles were sweeping all before them in 2003/04, until a ghastly few days in April where they were knocked out of the FA Cup by Manchester United and then dumped out of the Champions League by Chelsea in the last few minutes by Wayne Bridge.

When the Gunners went 2-1 down to Liverpool at home in the next league match, the wheels were coming off. Arsene Wenger remembers: “The guys were absolutely speechless. You take one disappointment, two disappointments and you sit there 2–1 down…I was really worried. I tried to mobilise the energy.”

He couldn’t mobilise anyone so it was left to that very nice man Martin Keown to stir the troops. It worked. Thierry Henry left Jamie Carragher in stitches as Arsenal stormed back to win 4-2.