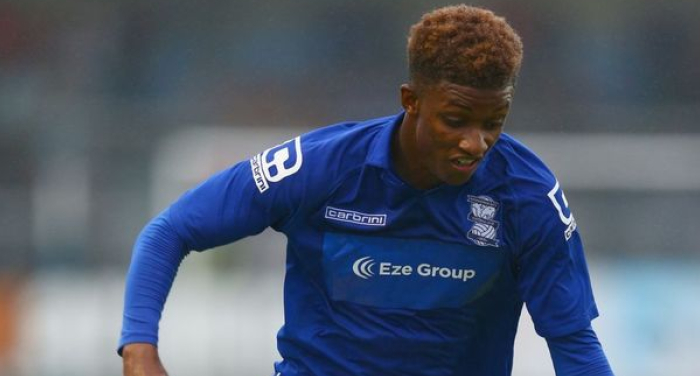 The Foxes activated a £3.75m release clause to secure the services of Gray, who scored just one goal this season for Rowett’s side in the Championship.

The Blues boss, who made 49 appearances for the Foxes from 2000-2002, says the 19-year-old will have to adapt to the Premier League – but believes he has the ‘quality’ to succeed at the King Power stadium.

“He is going to face different challenges, in my experience it’s a different type of league,” Rowett said.

“Every full back will be as big, as strong, as quick and as good on the ball as often some of the wingers are.

“He has certainly got the quality. I think he is going to have to add things to his game, which you would hope Leicester can do, the experience of someone like Claudio Ranieri would be able to add to his game.

“It’s going to be a tough challenge. He is an eye-catching player. If he starts games or if he comes off the bench for 20 minutes I am sure he can have a very big impact for them.”

Elsewhere, midfielder Matty James is close to making his comeback for the first team after completing 90 minutes for Leicester’s Development Squad on Tuesday.

“I feel really good. I’m really happy that I played 90 minutes. I’m positive, I feel good and I just need to get a couple more games under my belt now,” said James, who has been sidelined since May due to a knee injury.
“I’m not thinking about setting a target. This is the first proper 90 minutes I’ve played and hopefully I can play a couple more in the coming weeks. I’ll probably start setting targets once I’ve played one or two more.”
birmingham demarai gray leicester