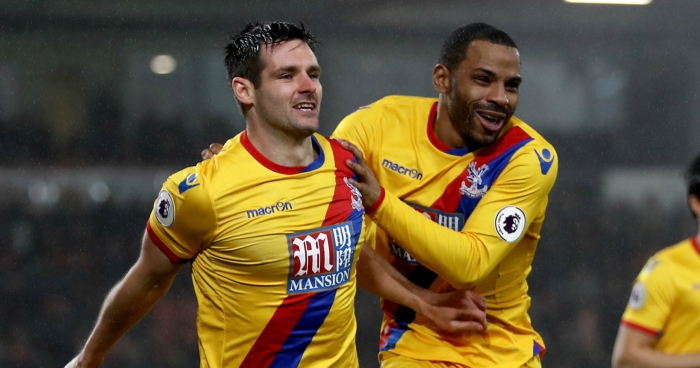 Crystal Palace’s Scott Dann and Jason Puncheon have been ruled out for the remainder of the season after Roy Hodgson confirmed both had suffered serious knee injuries in Sunday’s 0-0 draw with Manchester City.

Both were hurt attempting to challenge City’s Kevin De Bruyne, who also had to come off with an injury at the same time as Puncheon.

Their absences mean the loss of two of Palace’s leaders, given both are regularly named captain, and further reduce the team’s options in positions in which they are already short.

Dann had been deputising for fellow central defender Mamadou Sakho, absent with a calf problem, and even before Puncheon’s injury was diagnosed Hodgson had wanted a new midfielder to strengthen his options there.

“They both have cruciate knee ligament injuries,” said the Palace manager after his side’s 2-1 victory at Southampton.

“Both will be seeing specialists, both will be having operations, I guess, when the swelling goes down. We won’t see anything of those players for the rest of our season and it is going to be hard for them to get ready even for the start of next season, because these are serious injuries.”

Palace had become only the second team this season to take points off runaway leaders City in the Premier League, and impressed in resisting the side that had won its previous 18 league fixtures.

“(It was) the game against Man City, a good one and a good point and good performance,” said Hodgson. “We have rightly got some praise for our performance amongst all the pundits discussing penalties or not penalties.

“Occasionally one or two of them managed to mention that we played well enough to hold Man City to a draw. But it came at a high price because we lost two of our senior players.”