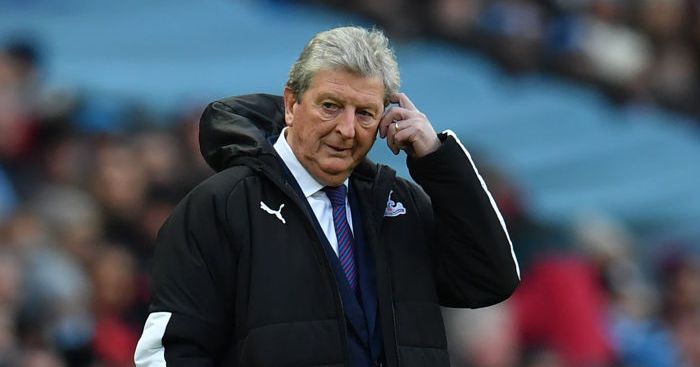 A club’s line of succession to the managerial throne can often be more revealing than intended. It can reflect positively upon a club that prioritises a wider philosophy with the coach seen as an interchangeable figurehead. Southampton before Mauricio Pellegrino and after Mark Hughes are a prime example. It can betray a side reliant upon bursts of momentum and built on shifting sands, such as Watford or a pre-David Moyes Sunderland. It might even expose a hierarchy that lurches between ideas of what they think they want to be with alarming regularity.

But if there is one Premier League club whose recent appointments lay bare an innate lack of strategic planning and effective long-term vision, it is Crystal Palace.

Their managers since promotion in 2013 read like a guest list for a day-long talkSPORT special. Ian Holloway, Tony Pulis, Neil Warnock, Alan Pardew, Sam Allardyce, Frank de Boer and Roy Hodgson have completed 37 Premier League seasons between them, with an average finish of 12th. Palace, who have the same median placing from their six campaigns since returning to the top flight, has been the perfect location for a short-term stay with no view to the future.

It could have been different. Saturday’s visit of Sheffield United was a chastening experience for two reasons: it was Palace’s oldest-ever Premier League starting XI, named by the division’s most senior manager. And it provided the club with an unwelcome insight into a grander alternate reality. If they had taken the advice of one of their previous managerial incumbents, Chris Wilder might have been occupying the home dugout at Selhurst Park.

But Palace ignored Allardyce in search of something more artificially extravagant. “There were 37 managers on the shortlist,” said chairman Steve Parish in summer 2017 – yet they still had the misfortune to pick De Boer.

It was a decision that has potentially set the club back years; a reign so disastrous it was curtailed after four goalless league defeats and necessitated the activation of the Hodgson safety net. The planned revolution was scaled back to destitution within a month.

Palace had their fingers almost burned off, never mind singed. “I talked to all the potential managers and said: we need an evolution over a period of time,” Parish said at the Dutchman’s unveiling. “We’ve been in the bottom three two seasons in a row for home form, sooner or later that’s going to catch up with us.”

Then came the most inadvertently revealing comment: “Frank’s No.1 brief is to reduce the anxiety for me and the supporters.”

Hodgson succeeded where De Boer summarily failed, and Palace seemingly – and understandably – decided they would never try anything different again. But the gap to the relegation zone is six points, they have one league win in ten and January was an unmitigated catastrophe; that anxiety is starting to infiltrate minds and grip at chests once more. As with any medication, a resistance can be built up over time, but Hodgson is not immune.

That is no knock on the 72-year-old. But he has served his purpose and his tenure has run its course, like stabilisers keeping Palace upright but stopping them going any faster. The club won’t properly invest because Hodgson has proven himself adept at surviving on scraps; Hodgson won’t commit beyond a contract that expires this summer because he is sensible.

Thirteen clubs have been ever-present in the Premier League over the past five seasons. Palace’s net spend of just under £70m in that time is more than only Southampton, whose entire model is based on identifying raw talents, refining them and selling them at a marked profit. Their approach is through choice; Palace’s is irrefutably not.

A crippling wage bill – the 20th highest in Europe according to the latest UEFA figures – is the direct consequence of a revolving managerial door. Hodgson was in place when Wilfried Zaha and Max Meyer signed their most recent deals, while De Boer and Pardew were backed with Mamadou Sakho and Christian Benteke respectively. All four players still earn £100,000 a week or more.

Combined with an uncertain ownership situation and an Under-23 side bottom of their league with one win in 15, it feels as though every facet of the club is locked in a damaging purgatory. They cannot move forward while Josh Harris and David Blitzer retain a majority share they no longer want, nor do they have another Zaha or Aaron Wan-Bissaka waiting to emerge from the youth ranks. The senior side is stalling, the planned stadium redevelopment has been postponed and the manager’s contract stands to expire at the end of June. If one card buckles the entire house might collapse.

Even if Hodgson does keep them up, they will be transported back to the summer of 2017, when Allardyce superficially stabilised them before De Boer brought it all crashing back down. The three years between will have been for nought.

And while relegation would offer a genuine opportunity for a hard reset, the financial repercussions are unthinkable. It is difficult to know where Palace go from here.

That is down to an inherent lack of direction. “I’m always accused of not planning,” said a smiling Parish in May 2018. “But we’ve been planning for ages. We obviously spent a lot of money over the previous two years and people can see that we’ve got a good squad but if you stand still you go backwards. It’s as simple as that.”

Palace, if anything, are regressing rather than simply stagnating. It is testament to Hodgson that he has managed to arrest the slide for so long. But when 12 of a manager’s 17 signings have been free transfers or loans, and the other five all constitute purchases of less than £10m, you can’t act surprised when the ship threatens to capsize instead of somehow staying afloat.