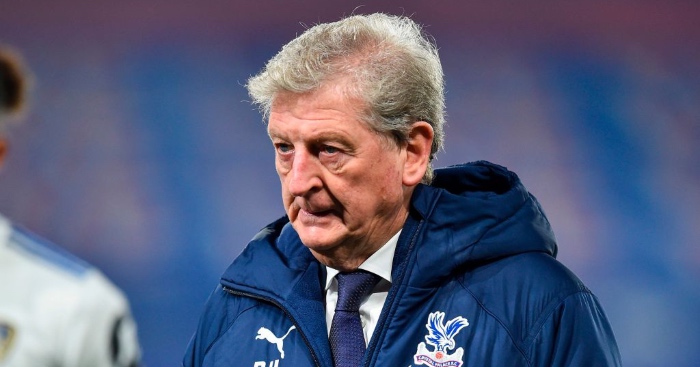 Roy Hodgson was impressed by the ‘faultless’ performance of midfielder Ebere Eze in Crystal Palace’s victory over Leeds.

The Eagles took the lead in the 12th-minute as defender Scott Dann scored with a header.

Summer signing Ebere Eze then took charge of a Palace free kick from outside the box.

F365’s early loser: Leeds and a rare opportunity slipping away

The Englishman fired the ball into the net, via the crossbar, with a brilliant hit.

Leeds striker Patrick Bamford got his team back into the game in the 27th-minute.

He chested the ball in the box and volleyed into the bottom corner.

Palace benefitted from a Helder Costa own goal before Jordan Ayew secured all three points in the 70th-minute with a fourth.

Speaking about Eze to BBC Sport, Hodgson said: “I thought his whole performance was very good. You couldn’t fault him in any way. The goal for me was the icing on the cake.”

When asked about the performance as a whole, he said: “It was a highly competitive game. We played well and it was good value for our victory.

“It was a good win against a team that has started so well and has a style of play which is different to what we’re used to seeing. In terms of our attacking play, we were excellent.

“The game plan every week… you try to make your players as well prepared as they possibly can be. So of course I’m very happy with that but the gameplan depends on one thing – the players you put on the field. It’s their quality. You win games because the players on the field play so well.

“We aren’t the highest scoring team in the league. We never have been and perhaps never will be but it’s important to score more than the opposition.

“I’m a little disappointed that players have to go as far as Africa to play matches. I don’t think it’s great but it’s something we have to do.

“I hope this time, the countries they play for, they look after them well. Last time we lost Jordan Ayew playing for Ghana, I’m rather hoping that won’t be the case again.”