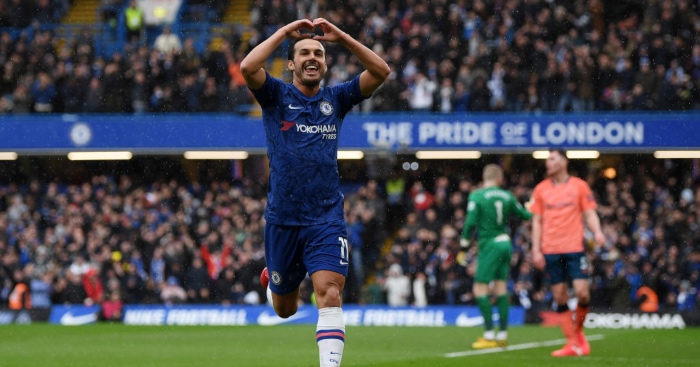 Roy Keane was impressed with Chelsea’s first half performance at Stamford Bridge, but claimed a “non-existent” Everton midfield made it too easy for them.

And Keane classically did not mince his words as he slammed the first-half performance from Carlo Ancelotti’s side.

Speaking at half-time on Sky Sports while analysing Chelsea’s second goal, Keane said: “Too easily… it sums up Everton, as good as Chelsea have been.

“Everton have been shocking. No pressure on the ball, people passive, not getting to people.

“First thought from midfield is ‘can I pass it forward?’ Lovely link-up, Giroud and Barkley. It’s so simple but brilliant and that is what we love about the game.

“The whole package. The striker looking for it, Barkley lovely weight of pass, brilliant, brilliant goal.

“But Everton, my goodness. It is all well and good playing 4-4-2 but you have got to have legs in there.

“The two lads in the middle of the park for Everton are non-existent.

“It’s too easy for Chelsea.”