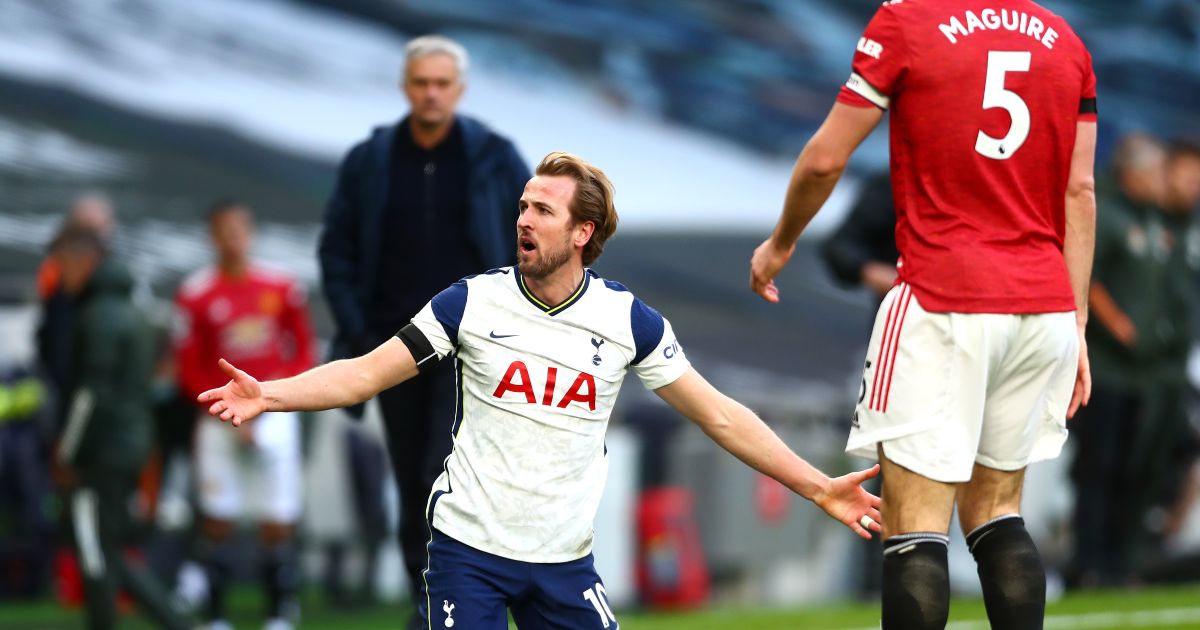 Roy Keane has claimed that Tottenham striker Harry Kane “fancies” a move to Man Utd in the summer transfer window.

The England international is believed to be ‘next on United’s list’ if they fail to sign Erling Haaland this summer but Spurs chairman Daniel Levy reportedly has zero interest in selling Kane to a domestic rival.

Kane has scored 19 goals and contributed 13 assists for his team-mates this term but Tottenham continue to fail to match his ambitions.

The 27-year-old is still yet to win a trophy in his career and reports last week claimed that Kane told his close friends that ‘Spurs are going nowhere’.

Kane struggled to get involved in the match as seventh-placed Tottenham lost to Man Utd 3-1 on Sunday, with the defeat leaving them six points off fourth spot with seven matches to go.

Spurs will give Kane an opportunity to win his first trophy at the club when they play Man City in the Carabao Cup final later this month.

“Martial with his injury problems, you wouldn’t hang your hat on him,” Keane said on Sky Sports.

“Cavani is pushing on, you wouldn’t expect him to be playing every week. If United want to get back to winning titles then they certainly need another striker.”

Presenter David Jones questioned him: “Who are we talking about?”

To which Keane replied: “Kane, Haaland – I’d take any of them.”

Jones: “Who would be your choice?”

Keane added: “Probably Haaland because of his age and the investment behind it, but I wouldn’t say no to Kane either if he’s the second option.

“Kane today would be looking at this United team, who have obviously made progress in the last 12 months. Surely Kane must be thinking: ‘Listen, I could be the top man at Manchester United up front’, with the service he would be getting. Kane must fancy a United move.

Micah Richards, who was a pundit alongside the United legend during the Spurs match, asked: “Who told you that?”

When asked if Kane would win trophies at Man Utd, Keane added: “If Kane is in the United team, then it’s as if night follows day, yeah (he’d win trophies).

“Man United have closed the gap on Man City and Kane would be a huge step.”