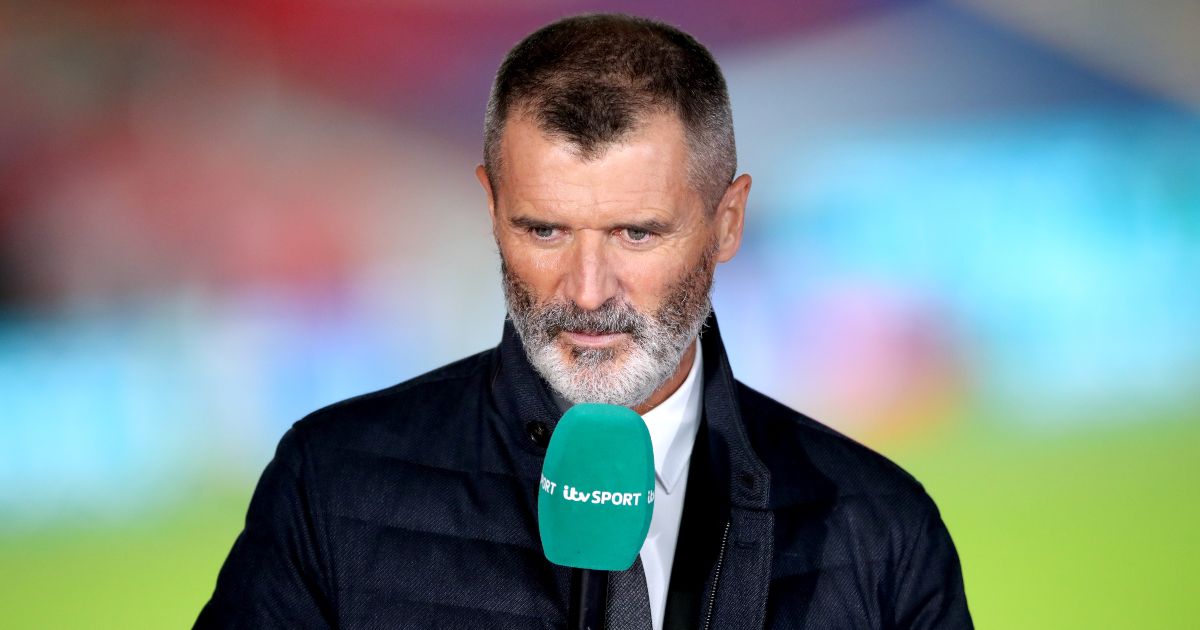 Jude Bellingham’s performance for England in their 5-0 victory over San Marino had Roy Keane waxing lyrical about the Borussia Dortmund midfielder.

The 17-year-old replaced Mason Mount at half-time against the international minnows and impressed in his second appearance for the national team having made his debut in a 3-0 victory over the Republic of Ireland in November 2020.

Bellingham helped England control the midfield again in the second half, showing off a number of nice touches and darting runs, with only a goal missing from his performance.

And Keane hailed Bellingham for his energetic second-half display despite missing an acrobatic effort to get on the scoresheet.

“He’ll be disappointed with missing the chance, but at 17 he has nice composure, happy to break forward, very good night’s work.

“He will be disappointed with the chance, he tries to complicate it when he should just side-foot it.”

Ian Wright and Eni Aluko were the other pundits in the ITV studio with both really impressed by the youngster.

Former Arsenal and England striker Wright said: “Some players want to move it quickly and he has a nice calmness to him, and we’re going to need it.”

Aluko, who won over 100 caps for England, added: “You wouldn’t think he’s 17. He’s very articulate, he’s only a kid, he shows a level of comfort playing for Dortmund week in week out rather than playing on the bench for a big club.”

And Bellingham wasn’t the only player who impressed Keane on the night with the former Manchester United midfielder believing John Stones must now start for England at the Euros.

“Gareth wants him to play out from the back. He lost his confidence but he’s bounced back and matured. I guess he took his eye off the ball and lost focus.

“He could be a big asset for England. His form would suggest [he’s ahead of Maguire] the form he’s in. If Gareth plays a back three, Stones would be one of the main guys for that as he’s comfortable in possession.”