Manchester United boosted their chances of qualifying for the Champions League with victory over City. 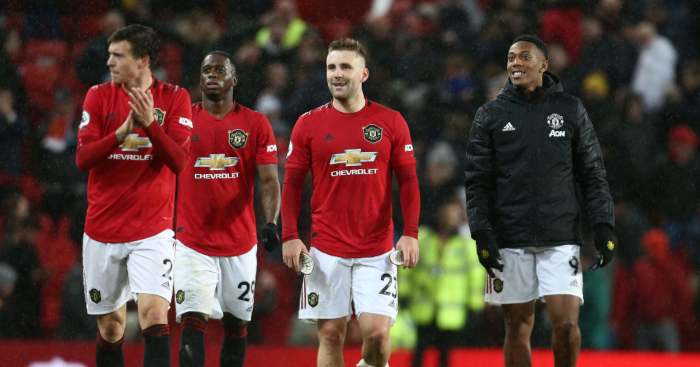 Goals from Martial and Scott McTominay handed Man Utd all three points and boosted their chances of qualifying for the Champions League.

The victory means United are fifth, three points behind fourth-placed Chelsea after Frank Lampard’s men also won over the weekend.

And Keane has been impressed how a number of Man Utd players have lifted their game recently, including Martial and Shaw.

“I’ve been critical of some of the players. But people like [Luke] Shaw and [Anthony] Martial, you know, they’ve done well today. I have to give credit for that,” Keane said.

“And it’s a big boost for Ole for a number of reasons. I think United had to win a big game at home sometime.

“It’s okay away from home on the counter-attack, but it’s Manchester United, we have to win big games at home.

“The atmosphere around the place is fantastic and Ole and the players deserve huge credit.

“But of course now, I keep saying, when you get a big win, you’ve gotta follow it up, Tottenham next week, with another victory.”