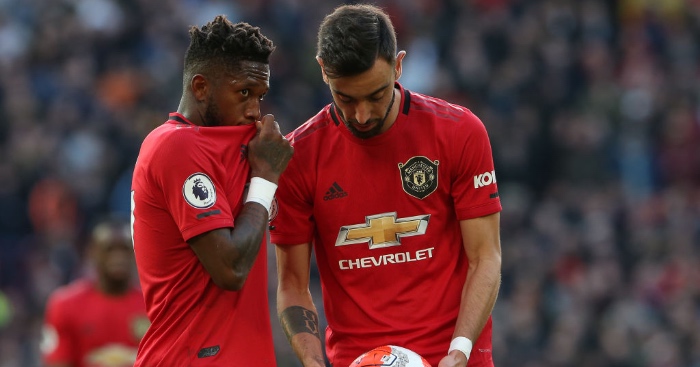 Manchester United legend Roy Keane explained why his former side were fortunate in their 2-0 win over Manchester City, but hailed their “brilliant performance”.

Anthony Martial put United ahead after half an hour, volleying home after a clever chipped free kick from Bruno Fernandes.

And Scott McTominay secured all three points and a Premier League derby double with a long-range effort, with City goalkeeper Ederson out of his goal.

And Keane was buzzing after the game, claiming the Red Devils showed “a lot of pride and spirit” to earn a deserved win.

“I think the fans needed that today, I think Ole needed it, the club.

“I mentioned earlier in terms of their recovery and if they can get back to the very top.

“Brilliant performance, it was not pretty, it was dogged.

“To me they showed a lot of pride, a lot of spirit, brilliant. It was great to be here, I really enjoyed it.”

But Keane claimed at half time that the free kick that led to Martial’s goal should not have counted.

“No I didn’t think it was a free kick,” the Irishman said.

“You’re talking about a derby game, it’s going to be physical, and I think [Ilkay Gundogan] gets a good connection on the ball.

“Bruno does well to win the free kick and then a bit of craft from Bruno, you’ve got [Sergio] Aguero who’s sleeping, know your players.

“And of course, I don’t know what’s going on at the moment with these goalkeepers but he’s got to save it.

“But clever from United, there’s obviously a signal there, Martial good strike on target, that’s what you want to see from your players.

“He’s onside just about but Aguero’s sleeping. But the more you look at it, a top-class goalkeeper has to save it. No excuse.”