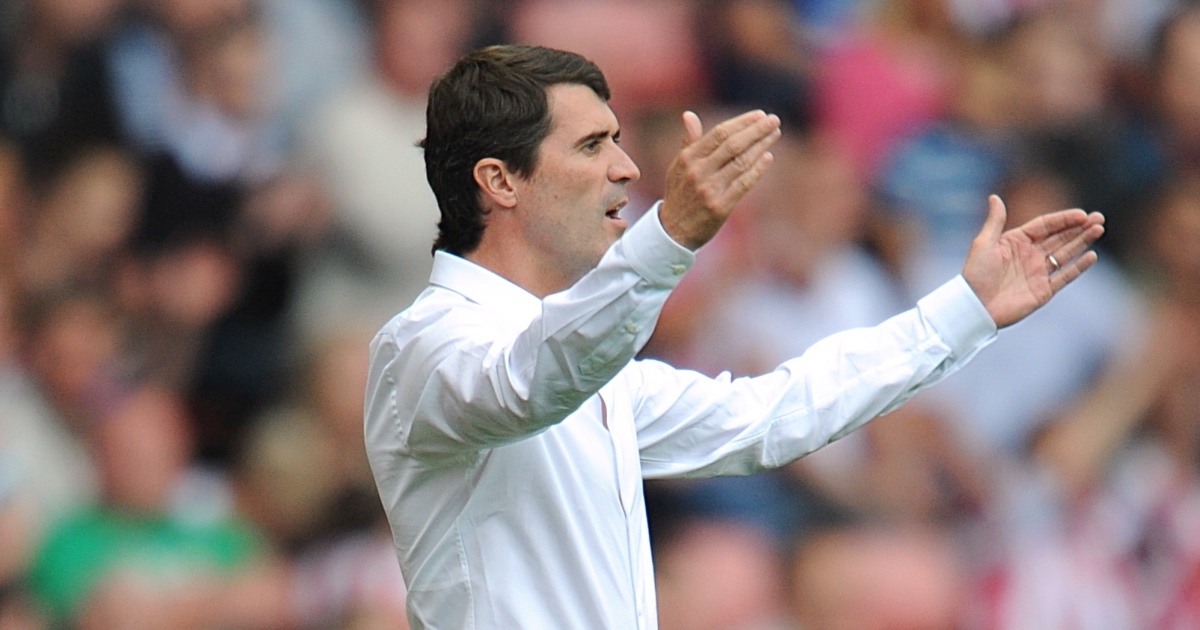 Roy Keane could be set for a return as Sunderland manager.

The Manchester United legend has not been in management since leaving Ipswich Town in 2011, having since taken up assistant roles and punditry with Sky Sports.

READ MORE: The Barnet racism row is a mess that was completely avoidable

Keane led Sunderland to the Championship title in 2007 but quit due to differences with former owner Ellis Short.

The Daily Mail report he could now return to take charge of the Black Cats, after owner Kyril Louis-Dreyfus and sporting director Kristjaan Speakman led interviews following the sacking of Lee Johnson on Sunday.

An embarrassing 6-0 defeat away at Bolton leaves Sunderland in third place in League One.

Keane is expected to face competition for the role from Neil Warnock, while Neil Lennon, Grant McCann, Mick McCarthy and Alex Neil are also in the frame.

But Luke Edwards of the Telegraph claims ‘Sunderland offered Roy Keane a chance to return to management after productive talks.

Keane is said to be ‘currently thinking about the offer and will make a decision soon.’

#safc have offered Roy Keane a chance to return to management after productive talks took place today. He is currently thinking about the offer and will make a decision soon. More to follow on @TeleFootball

Speaking in 2009, Keane explained for Short’s arrival on the board of Sunderland the year before ltered the atmosphere at the club.

“I went down to London to meet him twice,” Keane said of Short.

“I thought, hmm, the dynamics are changing here. He said he had read my book. I felt he was thinking from the start that I wasn’t for him.

“He sort of knew this wasn’t going to be a long-term relationship.”

Keane also revealed that having ignored Short’s calls after a sixth defeat in seven at home to Bolton, he was then troubled by Short’s ‘tone’ when they did speak the following day.

“It started with a demand to know where I had been the previous day, that he wanted me available at all times,” Keane said.

“Then there were accusations about how often I came in, about moving my family up. And it was the tone. It didn’t upset me, what happened at Sunderland. It was a business decision.

“Even for me I suppose it was a business decision. I couldn’t give my heart and soul with this fella on my shoulder. That, I’m sure, is how he works.”